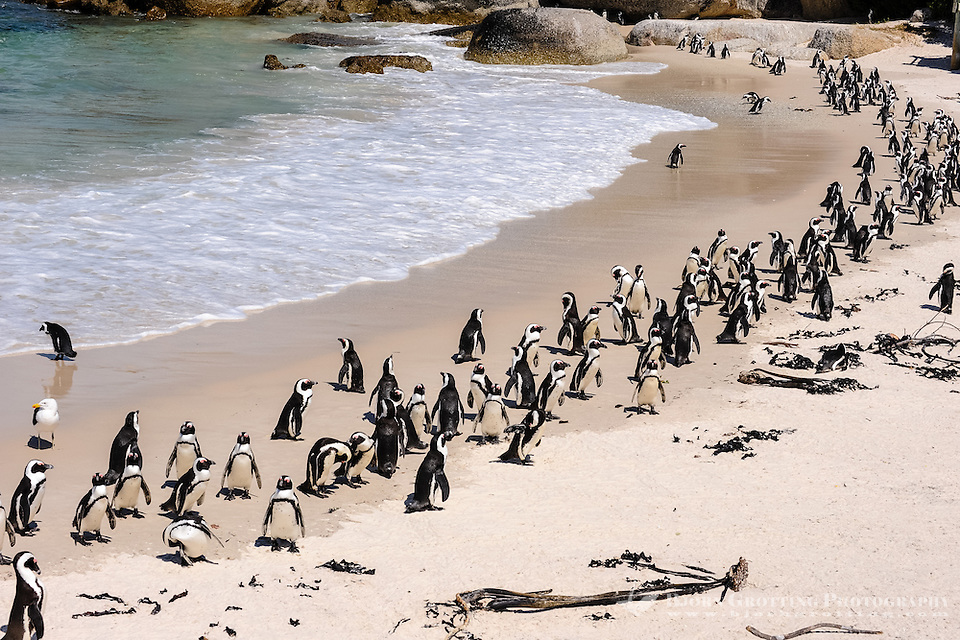 Penguins on Boulders Beach. It is a popular tourist stop because of a colony of African Penguins which settled there in 1982. (Photo Bjorn Grotting)

Until I visited South Africa a couple of years ago I’ve never seen a penguin in the wild.  And I certainly didn’t expect to meet some on the African continent. But there they were, happily bouncing around on a beach not far from Cape Town. Boulders Beach is a sheltered bay located on the Cape Peninsula near Simonstown. Also known as Boulders Bay, it is a part of the Table Mountain National Park. 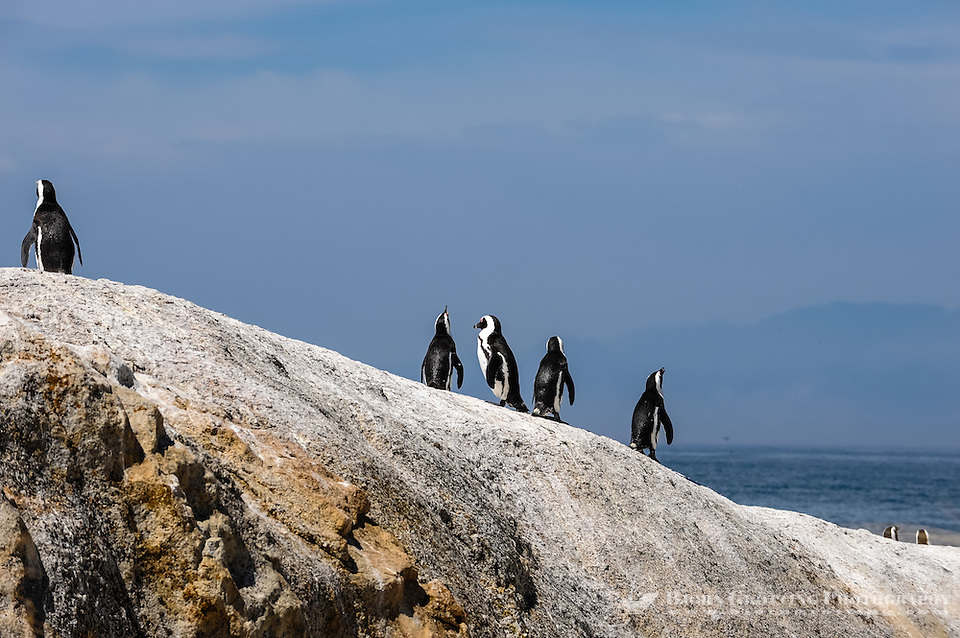 Boulders Beach near Cape Town in South Africa has a colony of African Penguins which settled there in 1982. (Photo Bjorn Grotting)

Even if the bay is located in the midst of a residential area, a colony of African Penguins settled here in 1982. Actually it was only two breeding pairs at first, since then the colony has grown to about 3.000 individuals. Today it is a popular tourist stop, and newly constructed boardwalks will take visitors to within a few meters of the birds. 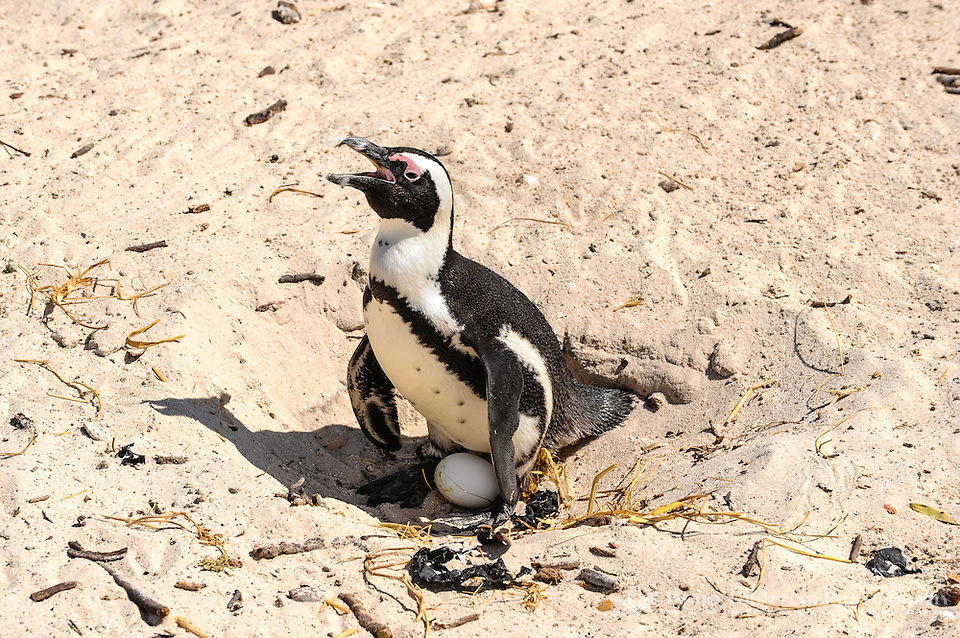 The African Penguin is also known as the black-footed penguin, the Cape penguin or the “Jackass” penguin. The latter because of it’s donkey-like sounds. It is found on the south-western coast of Africa, and is the only penguin species that breeds in Africa. It can measure more than 60 cm in length, and weigh about three to five kg.

Like South America has the Humboldt current this area has the Benguela current, bringing cold, nutrient rich waters from the Antarctic all the way up to Angola. The current makes perfect conditions for the African Penguin, but still the population has dropped from more than four million to about 55.000 today. The main reason for this is probably hunting, but oil-spill has recently become a serious threat as well. It is now listed as an endangered species. 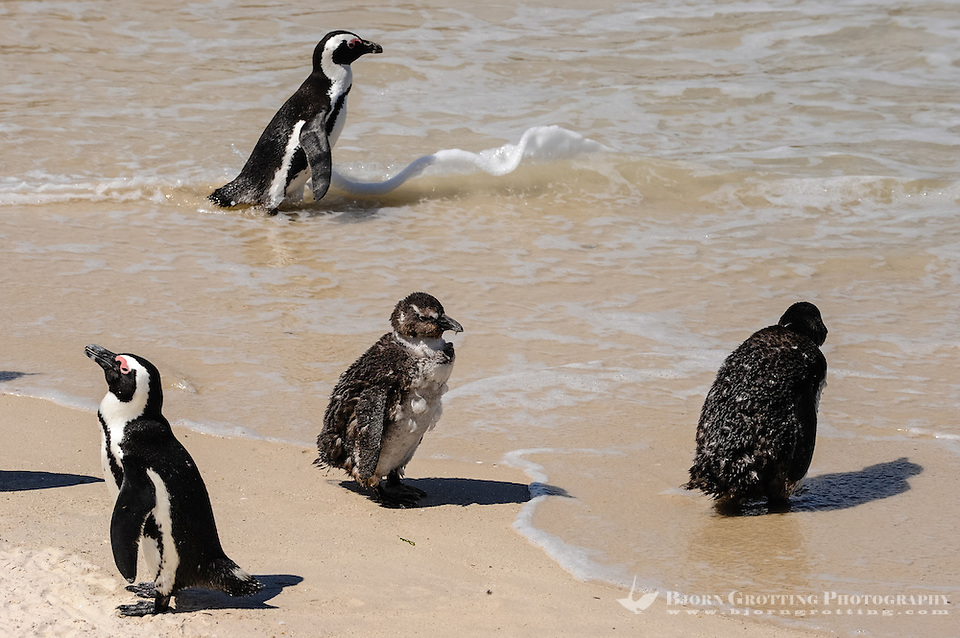 In June 2000 an iron ore tanker sank between Robben Island and Dassen Island and released 1.300 tons of fuel oil. 19.000 penguins were affected and brought to Cape Town for cleaning. An additional 19.500 penguins were removed from the area before they became oiled. These were released 800 km east of Cape Town, and before they had completed their long swim home rescue workers had cleaned up the oiled waters and shores. Tens of thousands of volunteers took part in the rescue operation, which was the largest animal rescue in history.

More than 91% of the penguins were rehabilitated, and part of this success can be enjoyed on Boulder Beach today. 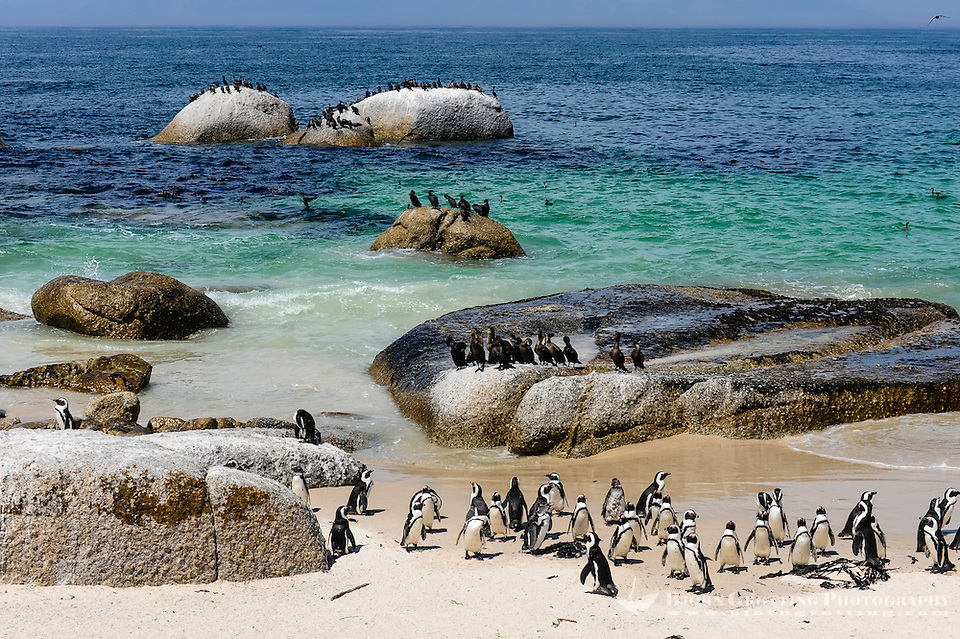