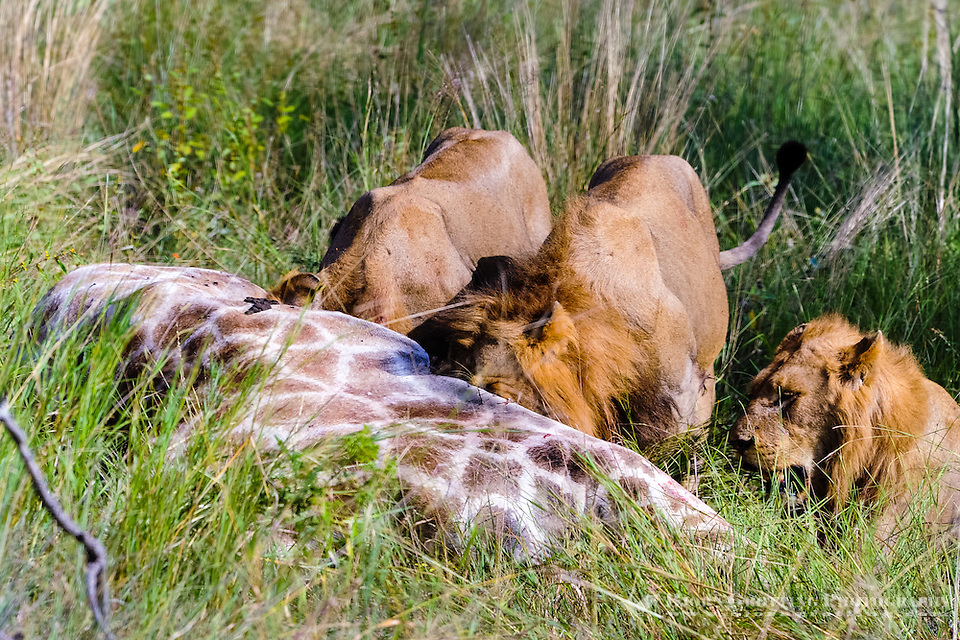 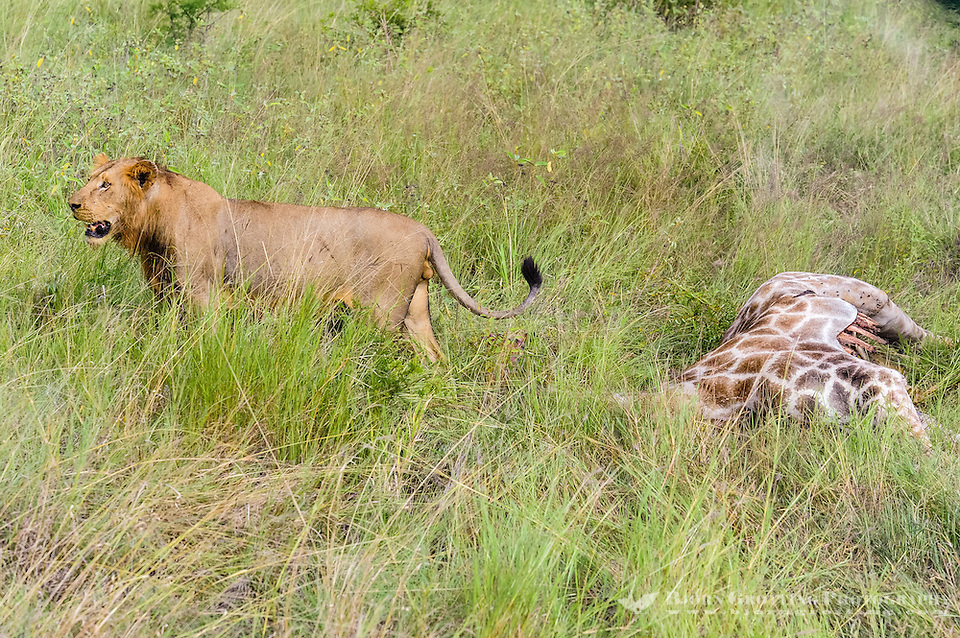 I prefer to go with smaller cars when looking for animals, but this day was en exception; the large and tall bus gave us a much better view than what would have been possible from a smaller vehicle. I almost felt pity for all the people caught in the traffic jam who could hardly see what was going on. Well, that feeling faded quickly, as I became too busy shooting photos through the bus window. 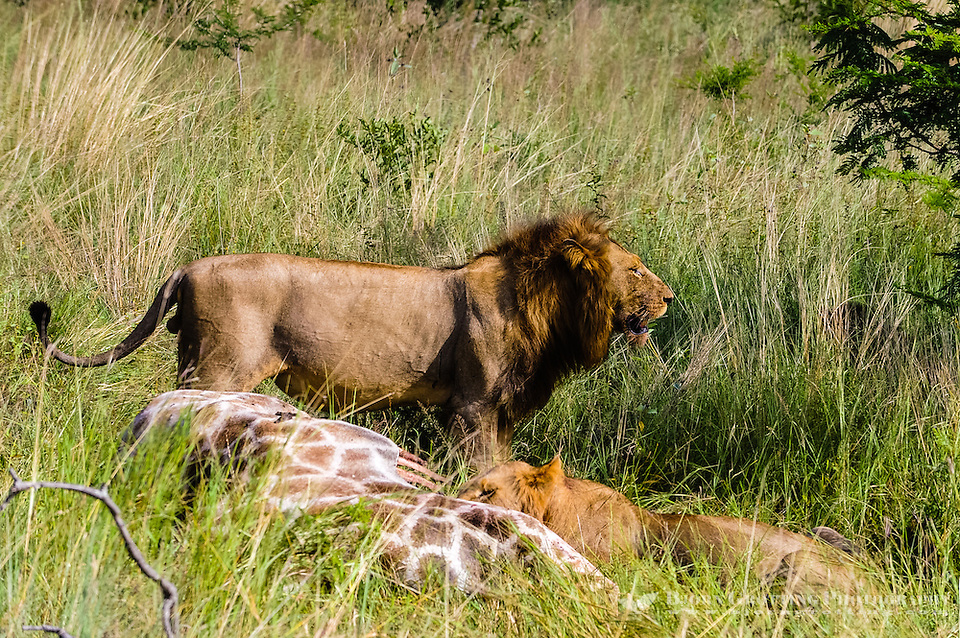 This was, for me, a rare display of raw nature. Even if a lions prey normally consists of large mammals like wildebeest, impala, zebra and warthogs they rarely attack very large prey like a fully grown giraffe due to a high risk of injury. The giraffe is actually known to have killed lions with it’s very powerful kick.

In certain areas however, like the Kruger National Park, giraffes are hunted more regularly. One reason may be that giraffes are at an disadvantage when forced onto roads, as they run slower and are easier to bring down. It is also an abundance of giraffes here, so it may simply be a question of opportunity.

If a giraffe is hunted by lions it is normally done by an experienced group led by female lions, not young males like here. This giraffe however may have been injured, as a limping giraffe had been observed in the area the day before, making it easier for the young, inexperienced lions to bring it down. 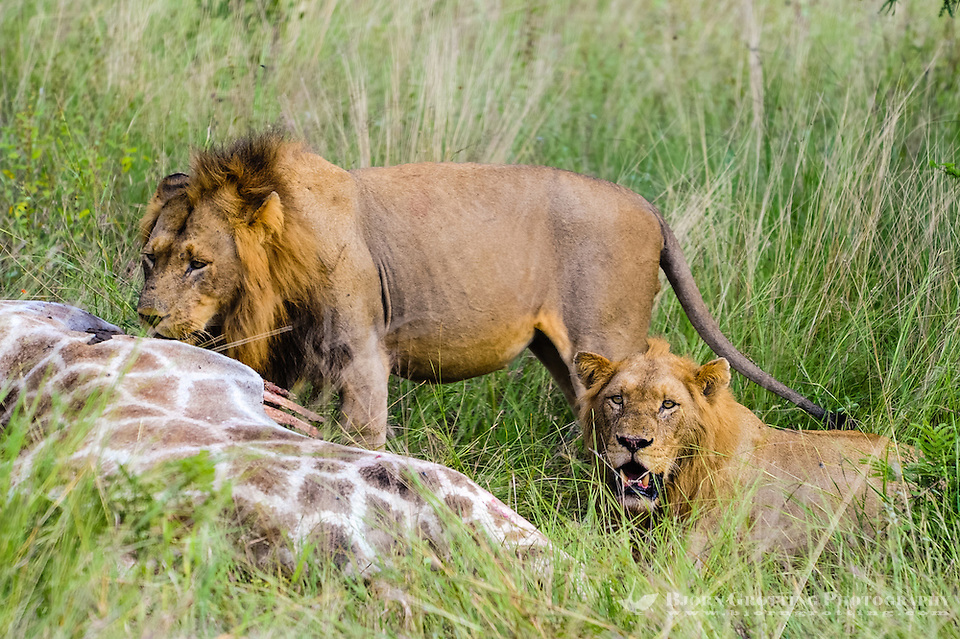 As soon as the traffic jam ended we left the lions behind and headed further into the park. We had several more encounters with Kruger’s wildlife that day, but nothing that could match the lions by the road.

2 thoughts on “Lions vs Giraffe”