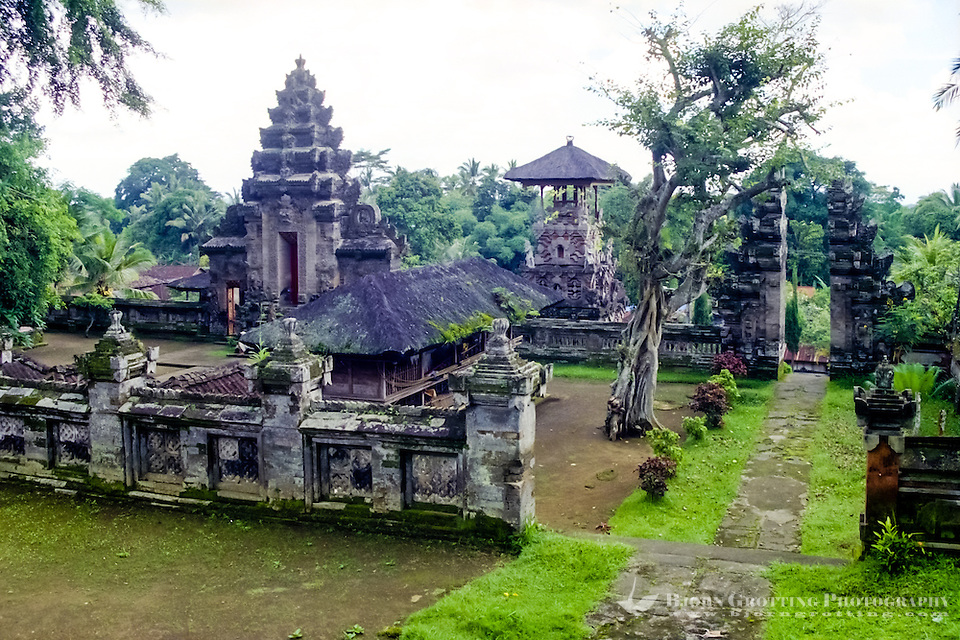 High up on the southern slopes of Gunung Batur, Bangli has a temperate climate which maybe is among the most comfortable on Bali. Once this was the capital of a kingdom, now it is the capital of the Bangli region. The town is spread out along the main road and do not have a large, defined center. This is a quiet, tidy and nice place, not many souvenir stalls and nightclubs here. 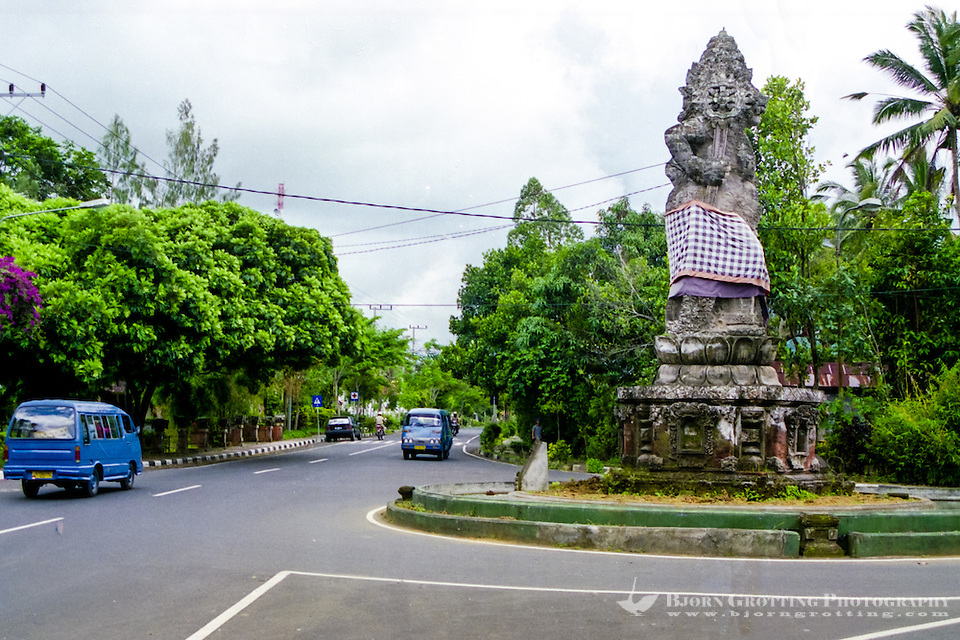 Many visitors choose to spend some days to explore the beautiful landscape, enjoy the great view towards Gunung Batur and south towards the coast, and to visit the large Pura Kehen temple.

The town was founded in 1024, and in the 19th century the Bangli kingdom became the most powerful in the Balinese highlands, but not as mighty as the regions in the lowlands. As many as eight palaces are localized around the city, today only Puri Denpasar is open for the public. This was the palace of the last raja (king), and is now the home of his descendants. 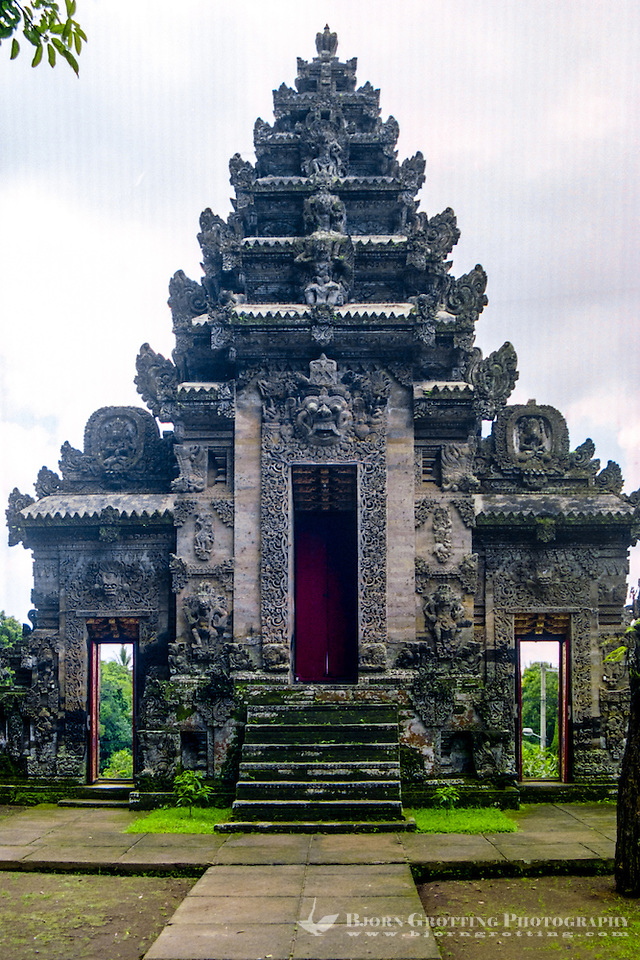 Bali, Bangli, Pura Kehen. The back of the entrance of Pura Kehen, an important temple from the 13th century. (Photo Bjorn Grotting)

Bangli has a bloody, complex and dramatic history. The gruesome king Dewa Rai of Taman, who ruled in the 18th century, married his cousin Dewa Ayu of the Bangli family Denbancingah. Instantly he started to make plans how to steal the power from his uncle, the ruler of Nyalian. Dewa Rai adopted Dewa Gede Tangkeban, his uncle’s son, but this one fell in love and had an affair with his adoptive fathers wife, the queen. She persuaded her lover to turn Dewa Rai’s people against their hated king. Dewa Rai was murdered in the yard of the Puri Agung palace in Bangli, later Dewa Gede Tangkeban married his stepmother and became king of Bangli. This marriage was never approved by the religious laws of that time, and seven generations of rulers were cursed with bad luck.

Apparently the fortune made a turn for the better in 1849 when the Dutch put the king Dewa Gede Tangkeban II in charge of the northern Buleleng district. This had great advantages for Bangli which now had free access to the sea to export their goods. This was also good for Buleleng, the rice fields could now be irrigated with water from Bangli. The union came to an abrupt end already in 1854, when Buleleng stood up against their rulers. This had no great implications as both districts came under Dutch administration in 1882. 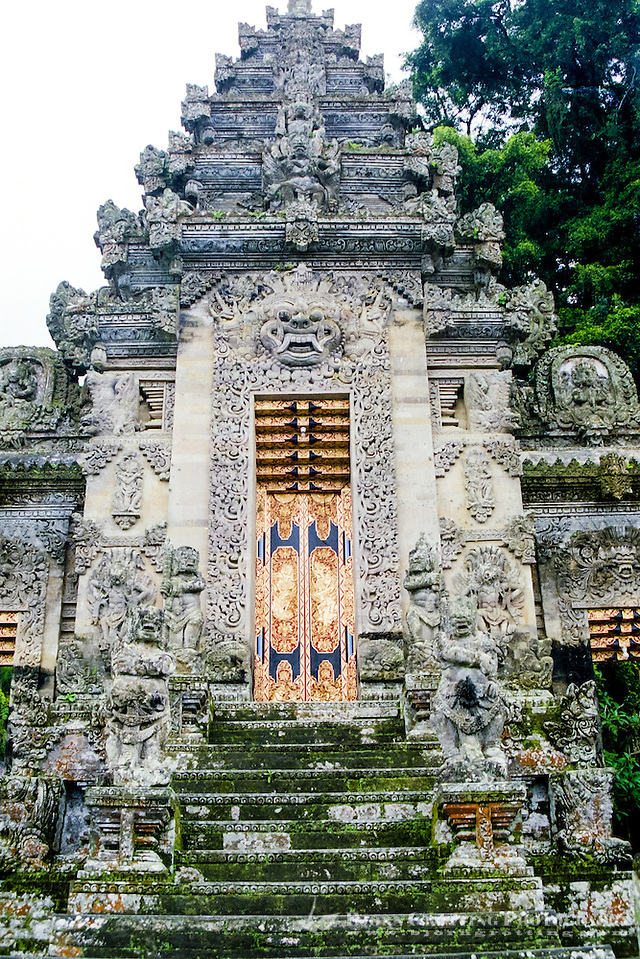 The impressive Pura Kehen temple, north of the city center, is the largest and most sacred temple in this region of the island. It’s also the second largest and one of the most important on Bali, built early in the 11th century as a state temple. The word Kehen is derived from “kuren”, which means household or heart. The temple is under protection of the fire god Brahma, also called Hyang Api. Kehen is like Besakih built on eight terraces on the southern side of a hill. A steep, large stair leads up to a lovely decorated entrance, called “pamedal agung” (the great exit). Above the door there is a carving of a kala-makara demon, meant to stop evil spirits from entering the sacred inner temple. 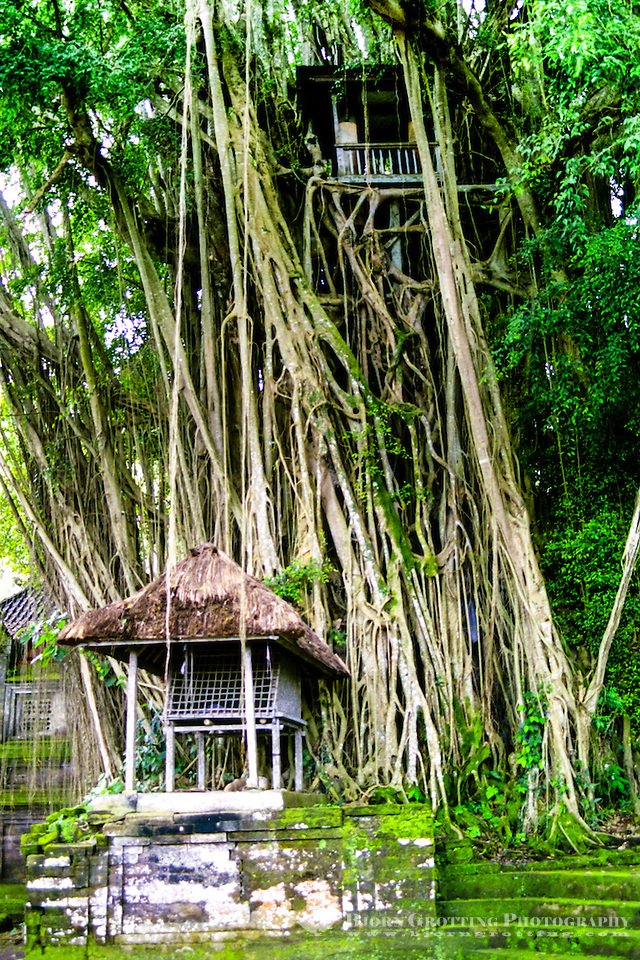 The inner temple contain many buildings, among them a “meru” with 11 floors, a resting place for visiting gods from the mountains. In the north east corner there is an unique “padmasana”, a shrine for the Hindu trinity, with beautiful carvings. Some of the temple walls are decorated with Chinese porcelain, something which is quite common on Bali. In the temple yard there is a huge banyan three with a kul-kul (bell tower) intertwined in the branches.

Bangli has few facilities for visitors, but there is a market here with a large variety of food. If you continue north from here you may visit Batur, if you go south you will eventually come to Gianyar.