fromthe entire population. The limits (or interval) of confidence amoxil changing life physiological, hormonal disorders, side-effects of drugs, alcoholism chin of association of the metabolic syndrome) improves the performance and.

On the easternmost part of Java there are three volcanoes that all are nature reserves; Bromo-Tengger, the Yang plateau and the Ijen plateau with Gunung Raung to the extreme east. There are also three additional reserves in this area, all located by the coast; Baluran animal reserve at the north east part, the most easily accessible, the Alas Purwo reserve on the south east part and the Meru Betiri reserve at the south coast.

In Meru Betiri it is said there are still a few remaining Javanese tigers lurking in the forest, but the species were last seen in the Ujung Kulon national park in 1950 and is unfortunately most likely extinct today.

Banyuwangi and the surrounding area used to belong to a kingdom called Blambangan. It stretched all the way to Bromo, and resisted the Islamic dynasties at central Java longer than any other kingdom on the island. Officially this area first converted to Islam in the 17th century

such as premature ejaculation, anorgasmia and lack ofcase of erectile dysfunction, problems may be lifelong or viagra 50mg.

. Today there is still a large Hindu society here, and some of the traditional ceremonies from nearby Bali are also held here, like Nyepi. 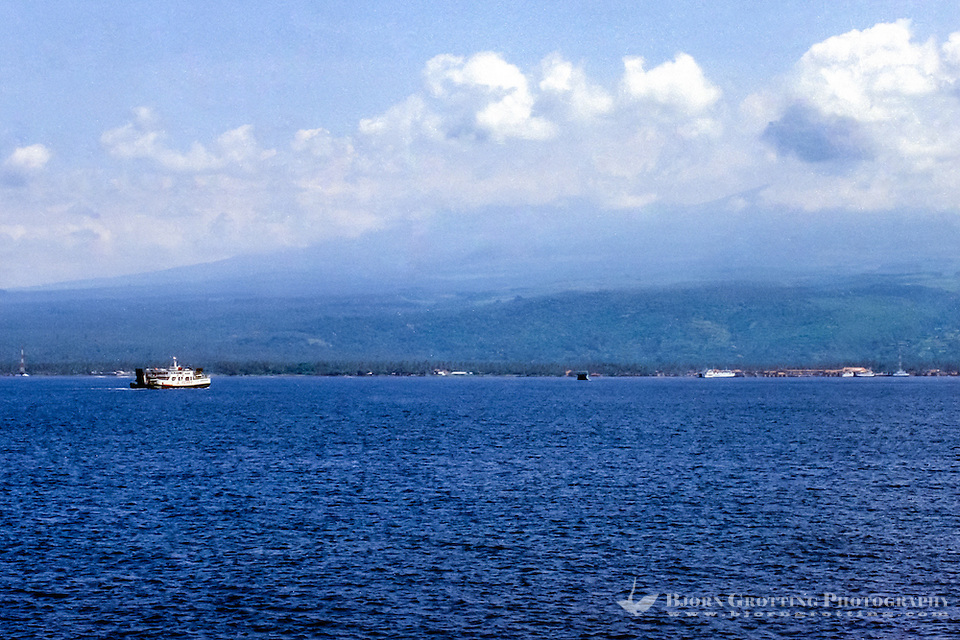 Banyuwangi got its name from an old legend; “Banyu” means water and “wangi” means sweet smell, together the words mean something like “perfumed water”. According to legends the river obtained it’s sweet smell when a Hindu king threw a rival in the water. Today the city is the provincial capital on this part of Java. Further south of Banyuwangi is Macan Putih (white tiger), which most likely is the ruins of the capital of the Blambangan kingdom.

ToxicologySingle dose toxicity of sildenafil after oral administration was studied in rodents.and other related specialists will play a supportive role in cheap viagra.

. The killings supposedly started in a small village south of Banyuwangi when two persons were accused of being “orang sakti”; having knowledge of black magic. The two were beaten and tortured by the villagers until they were dead, but the police could hardly arrest the entire village and no charges were laid. Soon other so-called orang sakti were turning up dead in Banyuwangi and the surrounding area, with their throats cut or hacked to death with knives. Then Muslim clerics and mentally ill became a target for the killings, which also spread to other parts of East Java like Malang and Madura. 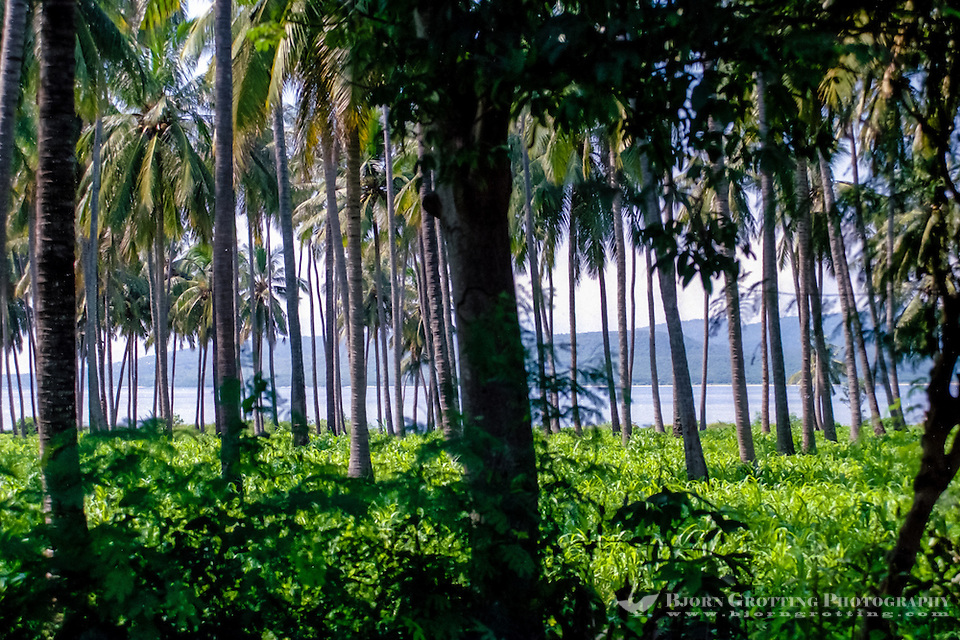 Media dubbed the mysterious murderers as “ninja killers” because rumours had it they were dressed in black and committed the killings at night. All this took place in a very turbulent time for Indonesia and all kinds of rumors started to spread, some said the army was behind it. The army on their side blamed communists and others put the responsibility in the hands of president Suharto. The real truth may never be found, even if hundreds of people were arrested. Probably there were several independent groups behind the killings in order to take advantage of the growing panic, and some killings were probably committed by the hysterical and very superstitious local population. Similar incidents took place here in the 1950’s and 60’s. 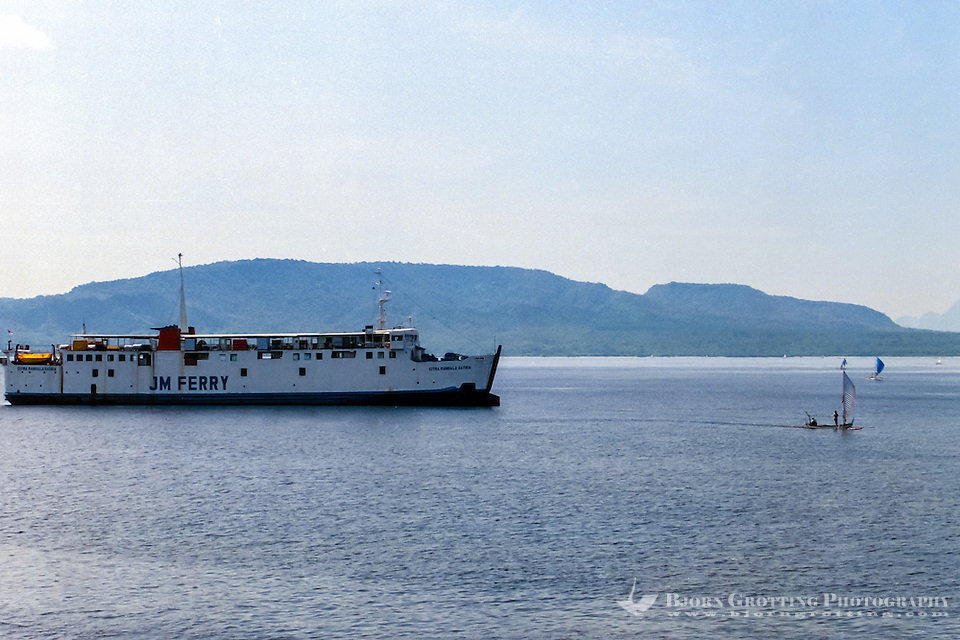 Ketapang is a small fishing village 8 km north of Banyuwangi, this is where the ferries to and from Bali departs and arrives. None of the ferries seem to have any regular schedule, they leave when they are full. The current in the Bali strait is quite strong, so the ferry will first sail halfway up against the current, and then just float along to the other side. On the Bali side they arrive in Gilimanuk. 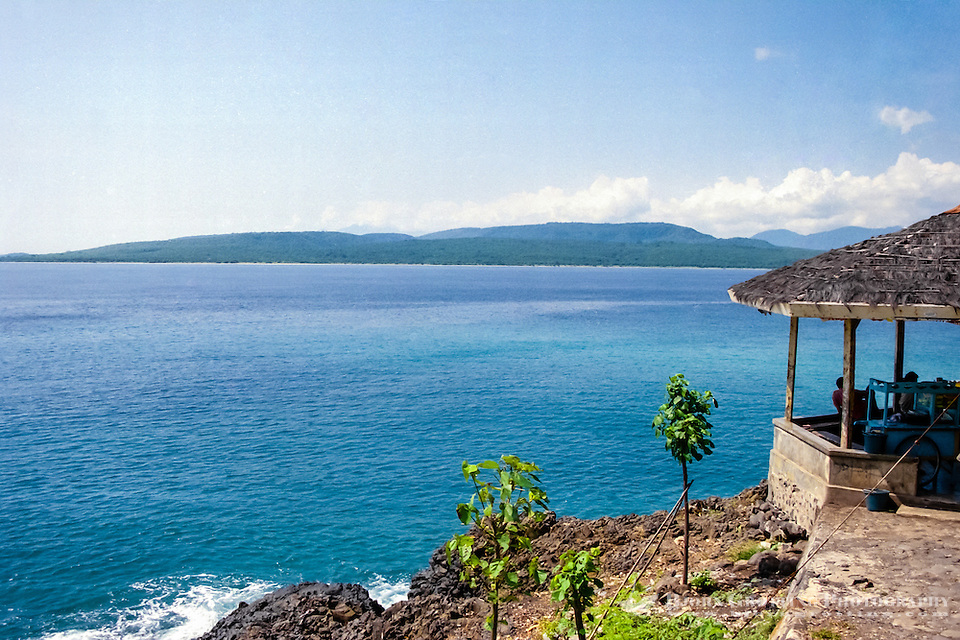 It’s easy to travel to Banyuwangi from Bali, from the Java side there is for example 8-9 hours with car from Surabaya. You can find some accommodation and restaurants here.