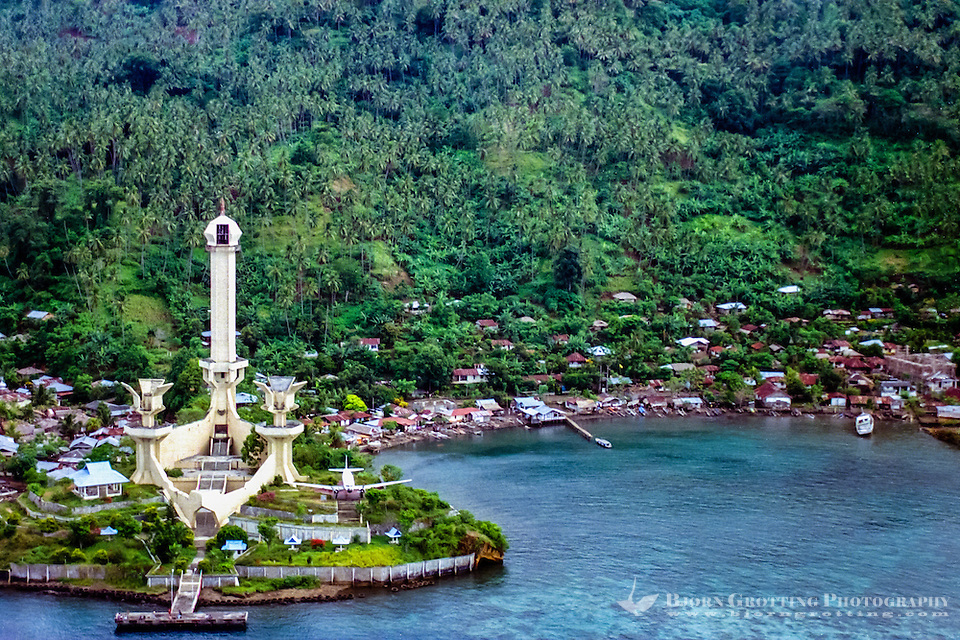 North Sulawesi, Lembeh island. Monumen Trikora is constructed in the 1970's to celebrate the success of the Indonesian military's campaign in Irian Jaya. The old DC3 aircraft that can be seen on the photo was used in the military campaign. (Photo Bjorn Grotting)

The port town of Bitung is about one hour drive (55 km) east of Manado. The Lembeh island east of the city protects the area from the sea, and Bitung is today an important commercial harbor for export from Manado and all of east Indonesia. It ia also a point of arrival for travellers who come by boat to northern Sulawesi. Population about 120.000, mostly Christian Protestants. 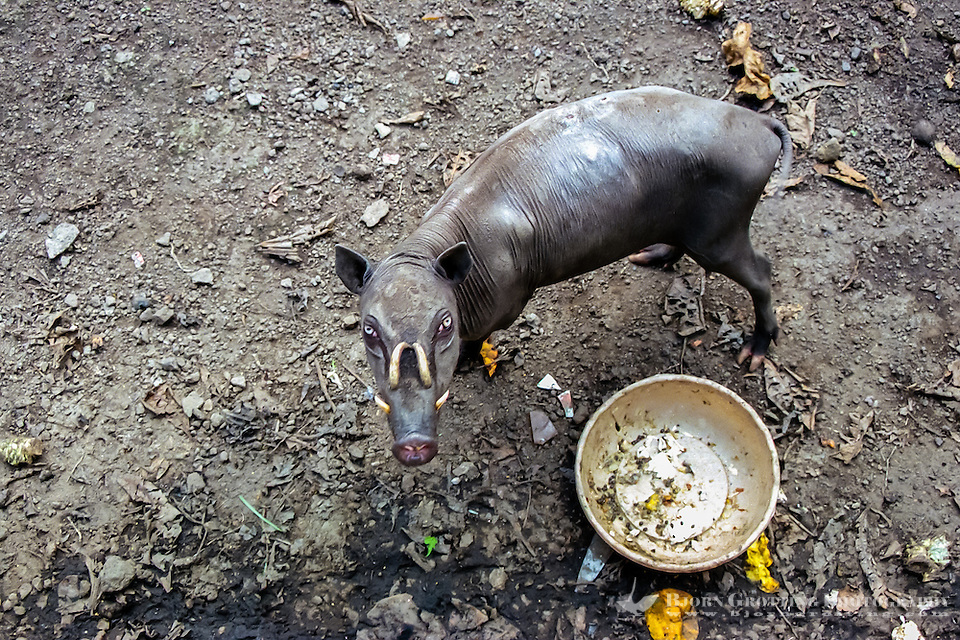 Bitung played an important role during World War II as a major base for the Japanese forces, and on Lembeh there is a large memorial over lost soldiers sponsored by the Japanese government. This is easily seen from the harbor in Bitung. There are not many other attractions here, except for the beautiful scenery both above and below water. 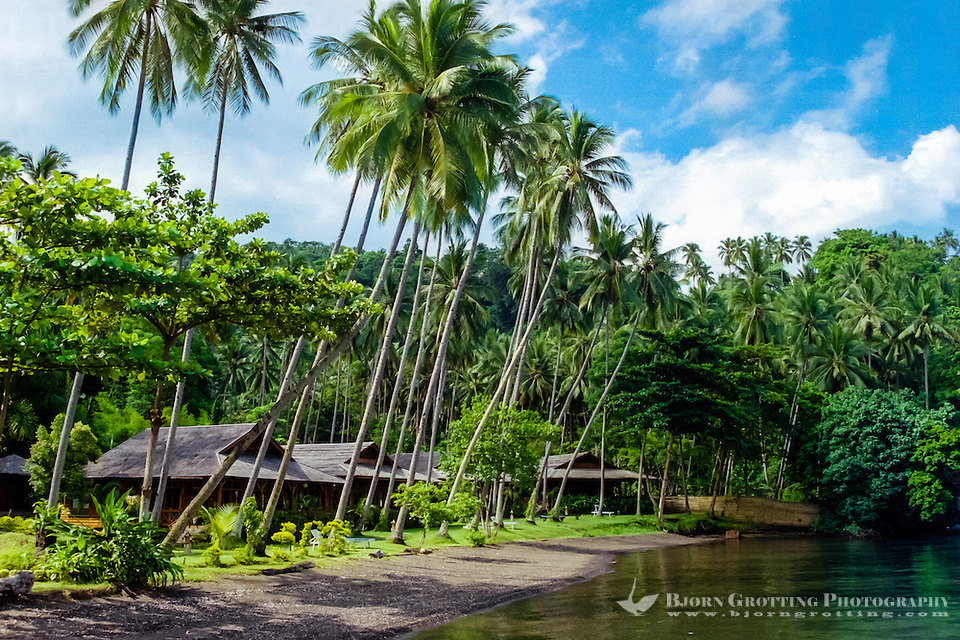 Most travellers come here because of the great diving conditions, in particular north of the city where there are several corral reefs and old shipwrecks, popular sites for divers. There are some hotels here that will arrange transport and have diving equipment for hire. 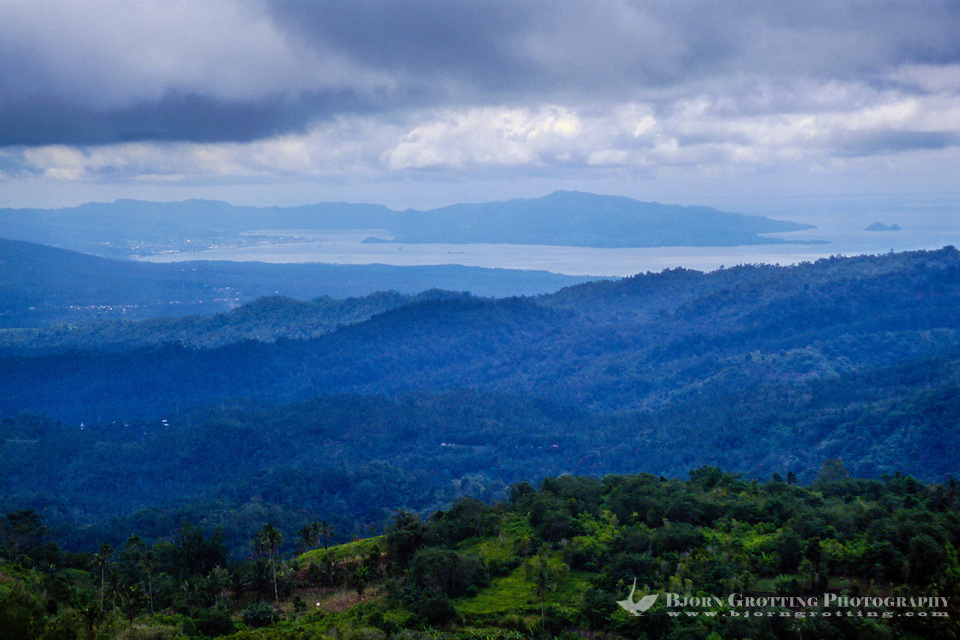 Indonesia, Sulawesi, Rurukan. Bitung and the Lembeh Strait seen from the Rurukan area not far from Tomohon in the Minahasa highland. (Photo Bjorn Grotting)

The Lembeh strait that separates the Lembeh island and the mainland is 12 km long, and a famous habitat for many unique sea creatures. Many of Lembeh’s beaches are remote and great for snorkeling and diving. 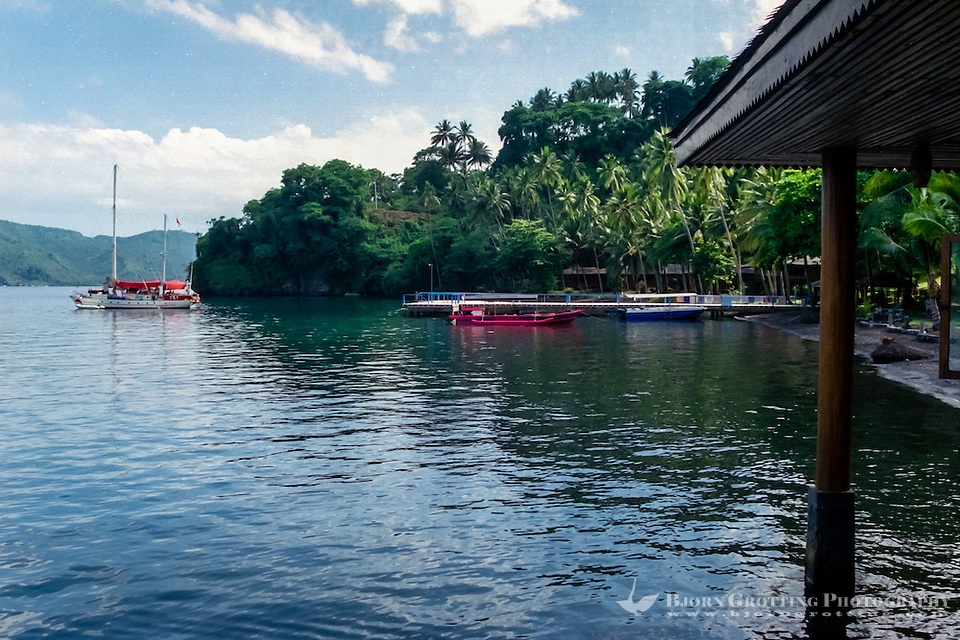 The island do not have many tourist facilities, but for those who like to explore on their own there is a ferry sailing from Bitung to Lembeh every day. 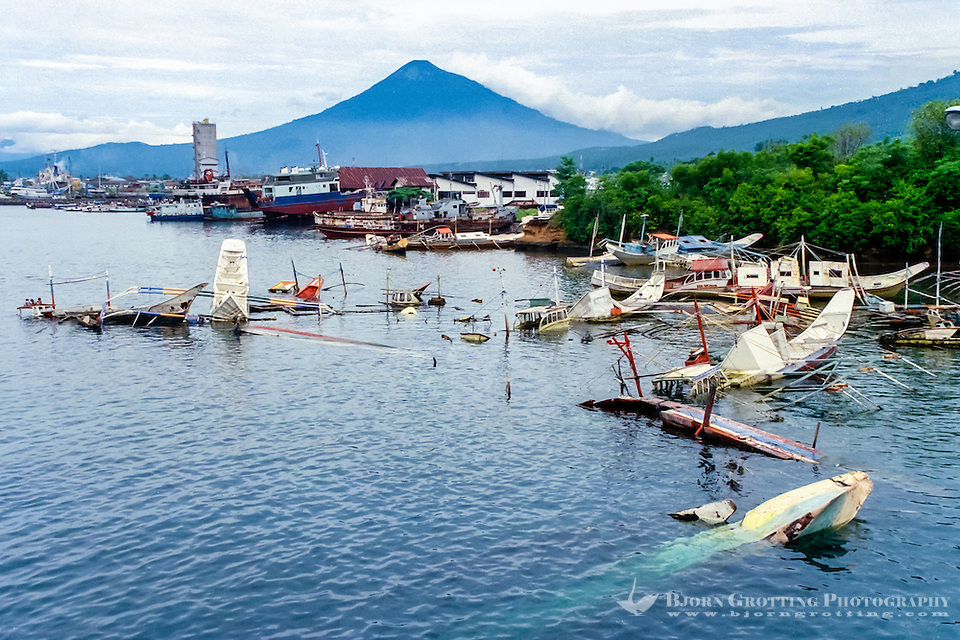 The large Gunung Klabat volcano (2.022 m) is west of Bitung. The summit can be reached by foot in 5-6 hours, and on holidays this is a very popular destination. The best advice is to start walking at night when there is a full moon and then be up in time to see the sunrise.