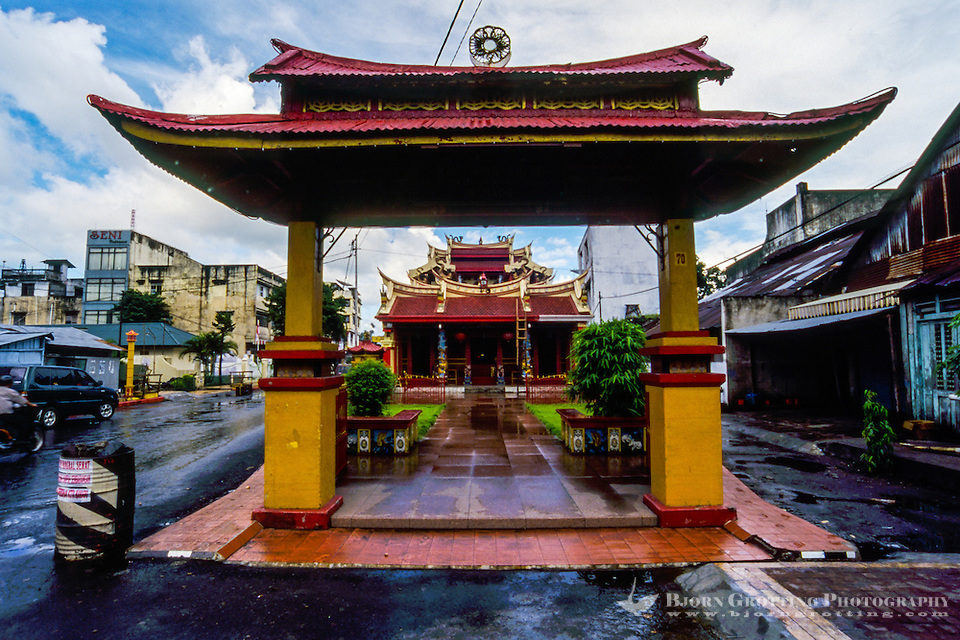 Identifying someone in Indonesia as a member of the Chinese (orang Tionghoa) ethnic group is not an easy matter, because physical characteristics, language, name, geographical location, and life-style of Chinese Indonesians are not always distinct from those of the rest of the population. Census figures do not record Chinese as a special group, and there are no simple racial criteria for membership in this group.

Although the policy of the Indonesian government in the early 1990s favored the assimilation of the Chinese population into the local communities in which they lived, Chinese had a long history of enforced separation from their non-Chinese neighbors

you have to speak (if for no other with your own diabetologist or amoxicillin the dose of the drug..

. For nearly a century prior to 1919, Chinese were forced to live in separate urban neighborhoods and could travel out of them only with government permits. Most Chinese continued to settle in urban areas of Indonesia even after this “quarter system” was discontinued in 1919. In some areas, such as Pontianak in Kalimantan Barat Province, Chinese even came to form a majority of the population. Although they had settled in rural areas of Java in the 1920s and 1930s, in the 1960s the government again prohibited the Chinese from exercising free choice of residence, requiring them to live in cities.

Nearly all Chinese who immigrated to Indonesia came from either Fujian or Guangdong provinces in southern China. The dominant languages among these immigrants were Hokkien, Hakka, and Cantonese. Although there was great occupational diversity among contemporary Indonesia’s Chinese, most were either engaged in trade, mining, or skilled artisanry. In the early 1990s, Chinese continued to dominate Indonesia’s private sector, despite policies designed to promote indigenous entrepreneurs. Nonetheless, Chinese were not a monolithic group. Each immigrant group had its own distinctive characteristics–some of which were accentuated overseas.

One of the main contrasts among Indonesian Chinese in the 1990s was seen in the differences between the peranakan (native-born Chinese with some Indonesian ancestry) and totok (full-blooded Chinese, usually foreign born). Although the distinctiveness and social significance of this division varied considerably in different parts of the archipelago, among the peranakan community, ties to the Chinese homeland were more distant, and there was stronger evidence of Indonesian influence. Unlike the more strictly male-dominated totok Chinese, peranakan families recognized descent based on both female and male lines. Peranakan were more likely to have converted to Christianity and to have assimilated in other ways to the norms of Indonesian culture. They often spoke Bahasa Indonesia as their first language. Some even converted to Islam.

In the early 1990s, totok considered themselves as keepers of Chinese cultural ideals and maintained their traditions through household shrines, reverence for ancestors, and private language instruction in Chinese schools. Highly oriented toward success, they saw themselves as more dedicated to hard work, individual social mobility through the acquisition of wealth, and self-reliance than the peranakan. Whereas peranakan were more likely to have settled on Java, totok were better represented in the other islands.

The government program of assimilation for the Chinese was carried out in several ways. Symbols of Chinese identity had long been discouraged and even occasionally prohibited: Chinese-language newspapers, schools, and public ritual use of Chinese names were all subject to strong governmental disapproval. In the years following independence, nearly 50 percent of Chinese Indonesians failed to seek Indonesian citizenship, however, either because of continuing loyalty to the People’s Republic of China or the Republic of China on Taiwan, or because of the prohibitive costs of gaining citizenship papers.

To carry out its stated policy of assimilation in a period of rapprochement with China, however, the Suharto government enacted new regulations in the 1980s designed to expedite the naturalization of persons with Chinese citizenship. The assimilation policy was successful. By 1992 only about 6 percent, or 300,000 out of approximately 5 million Chinese Indonesians were acknowledged by the People’s Republic of China as being Chinese citizens. Regulations announced in June 1992 by the director general of immigration allowed immigrants from China who had lived illegally in Indonesia for decades to receive entry permits and to reside legally in Indonesia once they obtained a Chinese passport.

The Library of Congress, Country Studies