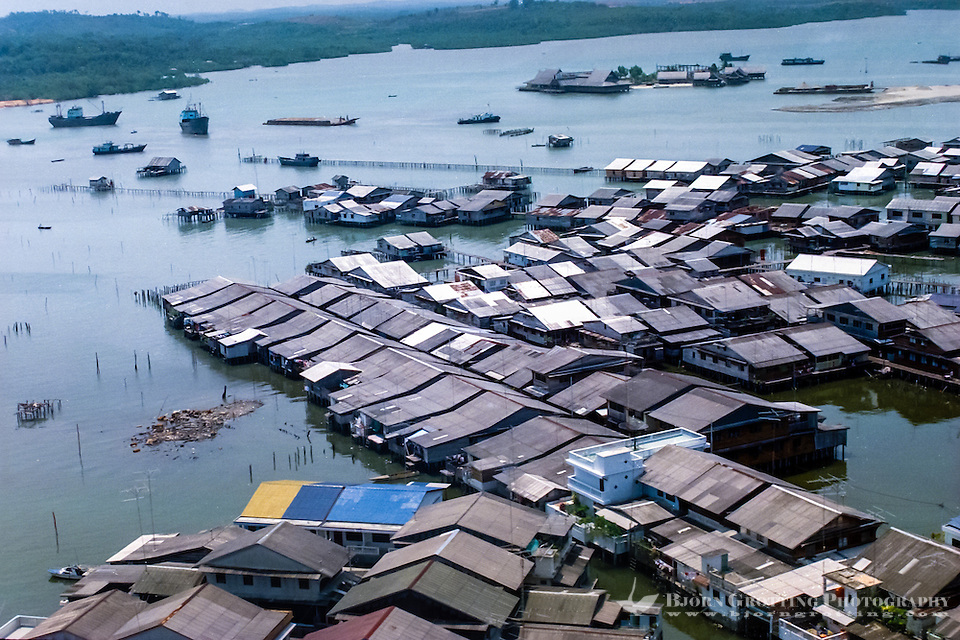 Riau Islands, Bintan. View over Tanjung Pinang. Parts of the city are built on stilts (from helicopter). (Photo Bjorn Grotting)

Due to it’s strategic location and size Bintan has a rich history. Riau has for centuries been the home of Malay and the Orang Laut people (sea nomads). Later migrants came from south China and Indochina, today people from a large region of Asia has settled here. Bintan was located aside the China-India maritime trading route, and was early in the 14th century, together with Temasek (Singapore), recorded in Chinese maritime records as one of the islands of the Riau archipelago that was inhabited by Malay pirates. 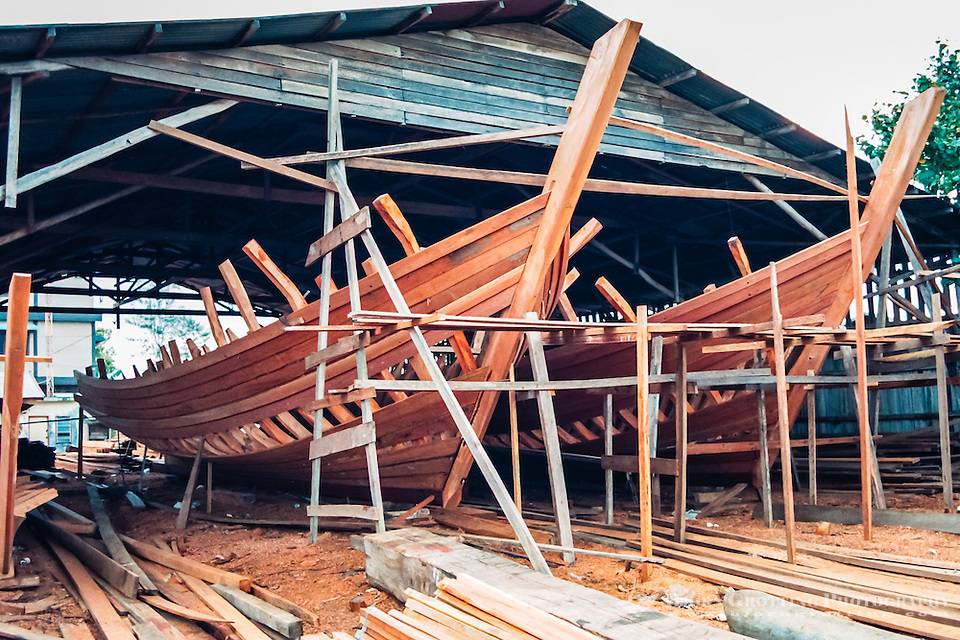 As much as two to three hundred ships was used to force Chinese ships returning from the Indian Ocean to their harbors and to attack those who resisted. Large quantities of Chinese ceramics have been recovered on Bintan, some date back to the early Sung Dynasty (960-1127). An Arabian explorer, Ibn Battuta, wrote about Riau in the 13th century: “Here there are little islands, from which armed black pirates with poised arrows emerged, possessing armed warships; they plunder people but do not enslave them.” 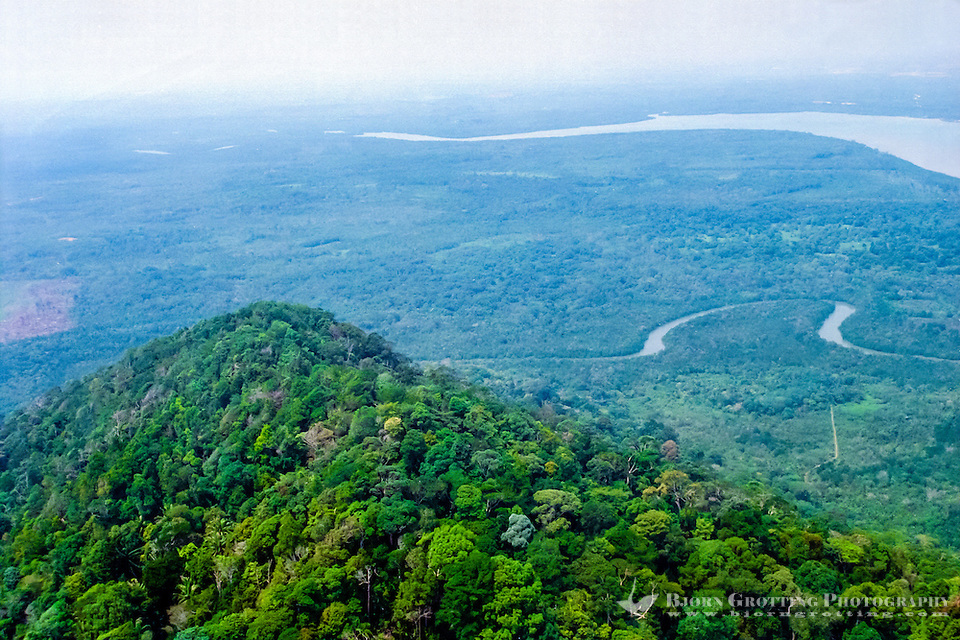 Riau Islands, Bintan. View over Bintan with the highest point on the island, Bintan Besar, in the foreground, at 376 meter above sea level (from helicopter). (Photo Bjorn Grotting)

During the 12th to 13th century Bintan was a part of the Srivijaya Empire on Sumatra. Sri Tri Buana, a member of the royal family of Palembang, visited Riau in 1290. He was met by the Queen of Bintan, and the combined flotilla of 800 vessels sailed for Bintan where he later became king. It is also said that it was he who gave name to Singapore. Upon landing on Temasek, the old name of Singapore, he spotted an animal which he thought was a lion and renamed Temasek as Singapur (Lion City). He also proclaimed himself king of Singapur. 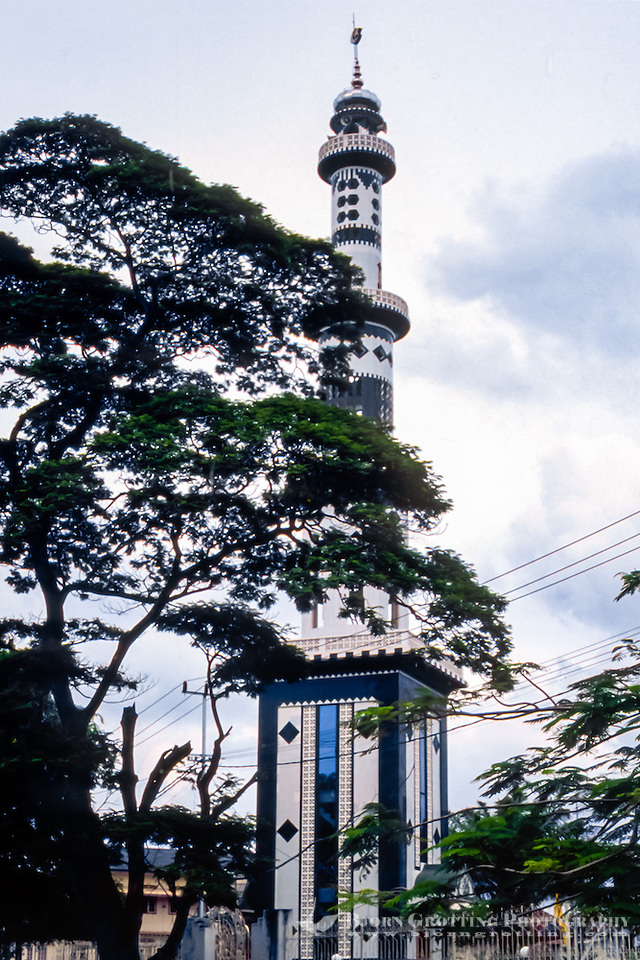 During the rule of Sultan Mansur Shah (1459 – 1466) Pulau Bintan and the rest of Riau became a part of the Malacca Sultanate. The Malacca empire then included Kedah, Trengganu, Pahang, Johore, Jambi, Kampar, Bengkalis, the Karimun Islands and Bintan. The fall of the Malacca empire started in 1511 when Malacca fell to the Portuguese. Sultan Mahmud Shah fled to Pahang and then to Bintan in 1521. Here he held out against Portuguese attacks, he even lay siege on Malacca in 1524, before a Portuguese counter attack forced him to flee to Sumatra where he died in 1528. Sultan Alauddin, his successor, moved to Johor to continue the fight. Bintan became part of the “war triangle” between the Portuguese, the Johor Sultanate and the Achehnese of northern Sumatra. Bintan may have seen many rulers during this time, as the three parties grew and declined in power. 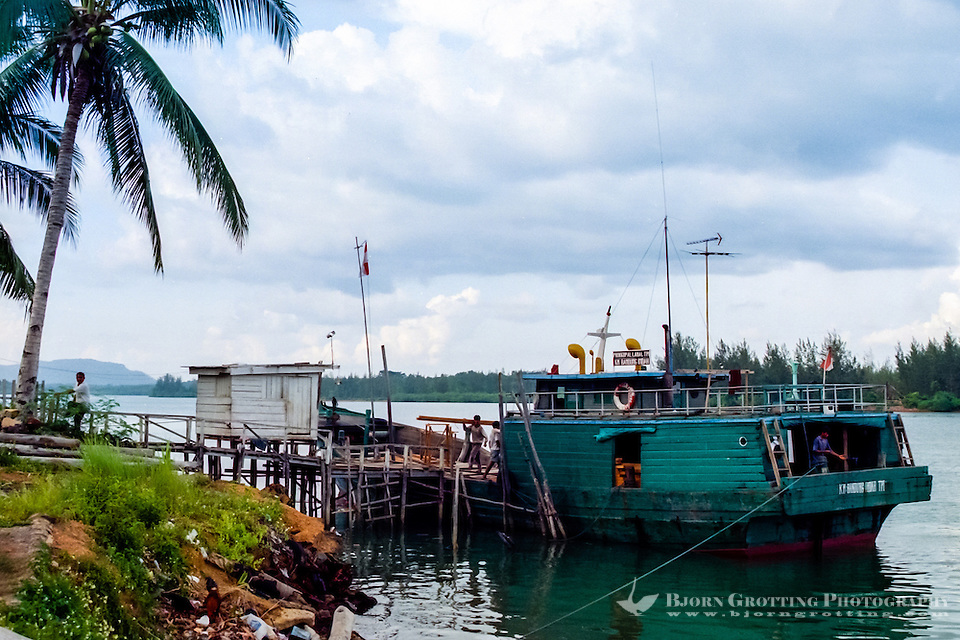 Early in the 18th century the descendants of the Sultan and the Regent of Johor where fighting for power. Bugis aristocrats from Sulawesi was asked to assist the Regent of Johor, and managed to achieve control of Riau due to the internal struggle between the members of the Johor empire. The Bugis were great traders and made Bintan a major trading center. Riau and Bintan also attracted British, Chinese, Dutch, Arabic and Indian traders. 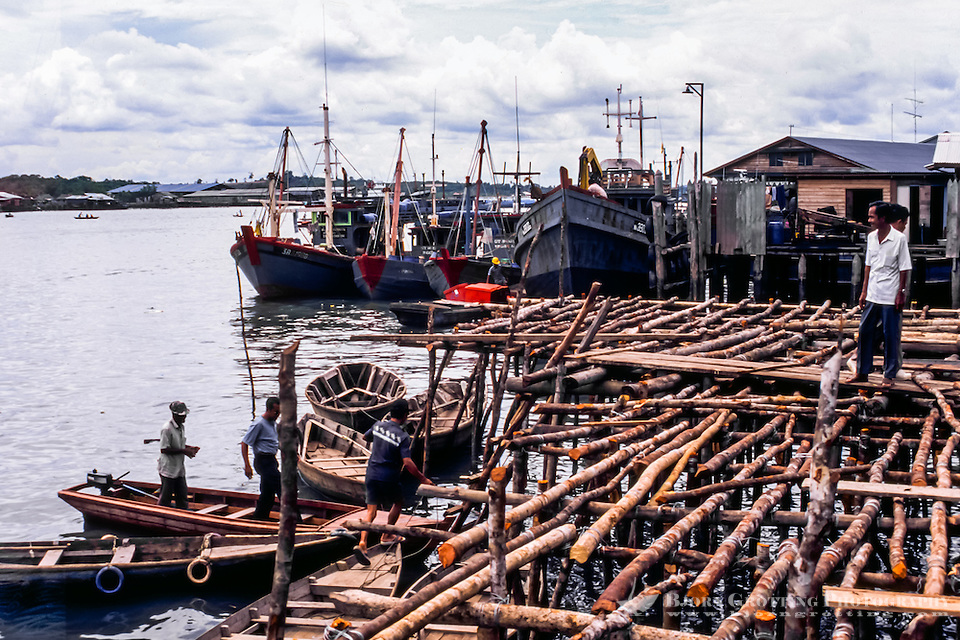 The Dutch however started to look upon Riau and the Bugis as a dangerous rival to Dutch trade in the region, drawing away trade from their ports in Malacca and Batavia (Jakarta). A Dutch fleet attacked Riau in 1784 but failed to hold the islands. Another attempt later the same year also failed before they managed to break the Bugis blockade of Malacca in June 1784. The Bugis commander, Raja Haji was killed during battle and the Bugis units retreated, which opened the way for a Dutch counter attack on Riau. The Bugis was expelled from Bintan and Riau, and a treaty between the Dutch and the Malay Sultan granted Dutch control over the area. The treaty caused much anger among the Malay rulers, and again in 1787 the Dutch was driven out by a force that was offered refuge by Sultan Mahmud. This also led to the return of the Bugis and the rivalry between Bugis and Malay. Peace between the two parties was finally reached in 1803. Around this time Sultan Mahmud gave Pulau Penyengat (see below) as a wedding gift to his bride, Raja Hamidah, daughter of Raja Ali Haji. Penyengat became for a period the center of government, Islamic religion and the Malay culture. 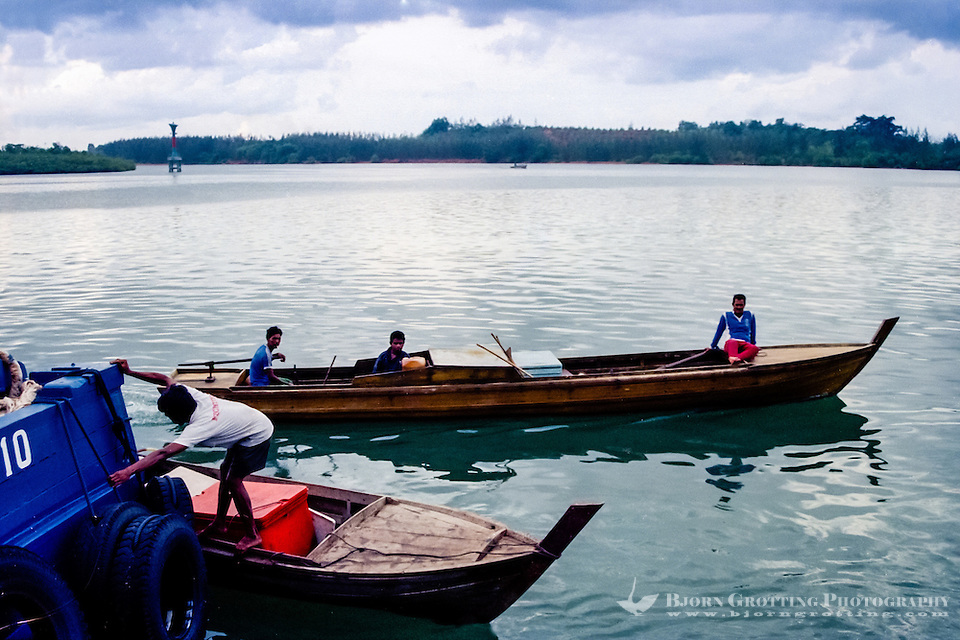 The directors of the English East India Company at Penang ordered in 1763 a search for a suitable port on the eastern side of the Bay of Bengal, and in 1769 Bintan was suggested. However, since the Dutch had already attacked Bintan in 1784 they chose to continue their settlement on Penang. In 1812 they finally realized that Penang was unsuitable, and ended up with a settlement on Singapore island instead. The Treaty of London in 1824 finally settled that Singapore and Johor was British territories and the islands south of the Singapore Strait Dutch territories. While the Bugis continued to reside on Pulau Penyengat the Dutch and Chinese developed Tanjung Pinang as a commercial town, and in 1911 Bintan became a Dutch colony, which also was the end of the sultanate on Bintan. In 1942 Bintan was occupied by the Japanese, and in 1945 it became part of the Riau province of the Republic of Indonesia.

One thought on “Riau:: History of Bintan”