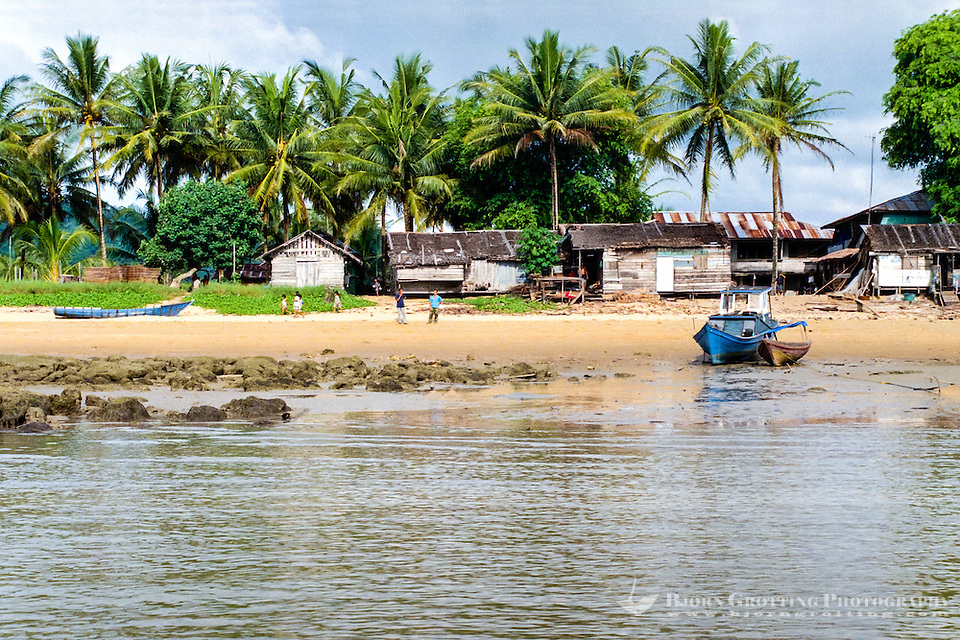 Kalimantan is the name of the Indonesian part of Borneo, the third largest island in the world. This province alone makes up for 28 percent of the area of Indonesia (539.000 sq. km), but only 5 percent of the population (about 10 million). Two thirds of Borneo belong to Indonesia, the northern region is part of Malaysia and includes the Sabah and Sarawak provinces. The last part belong to the small sultanate of Brunei Darussalam. 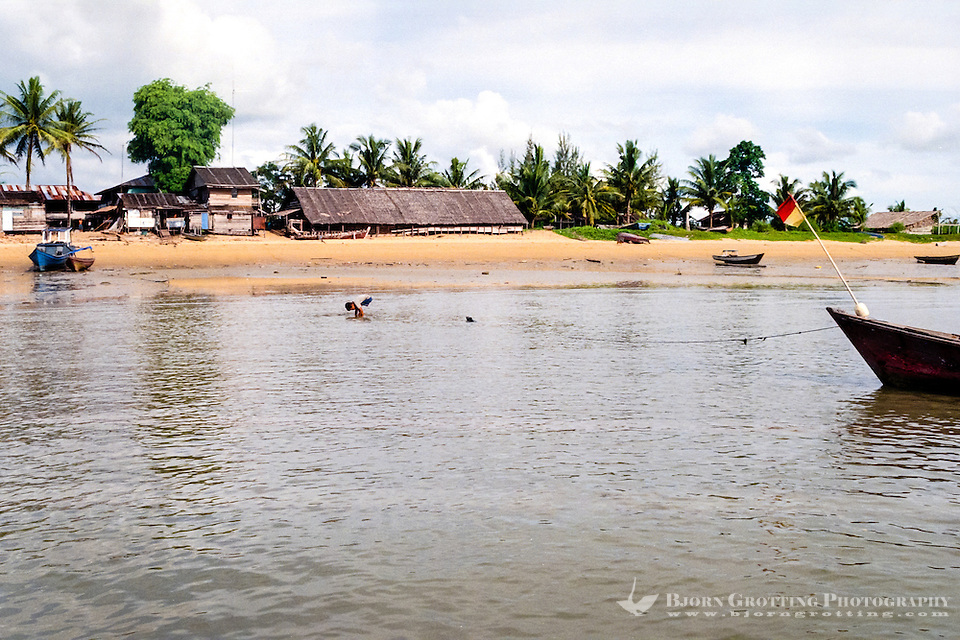 The settlements along the coast has a typical Indonesian style as we recognize it from other cities in the country. It is still possible to find the native Dayak population who live a traditional way of life close to areas with a good infrastructure, but generally you have to go further and further into the more remote interior to find this. The Dayak’s probably also used to live along the coast before they were forced inland by immigrants. Traditionally older Dayak women carry heavy items in their ears, which become stretched out in length. Both women and men can have tattoos, among men this was in former days a sign of a successful headhunt. Some still live in longhouses called rumah suku dayak in Indonesian, but this is about to change because of less need for protection. Some Dayaks are nomads who travel from place to place and live off the jungle, maybe the oldest way of life here.