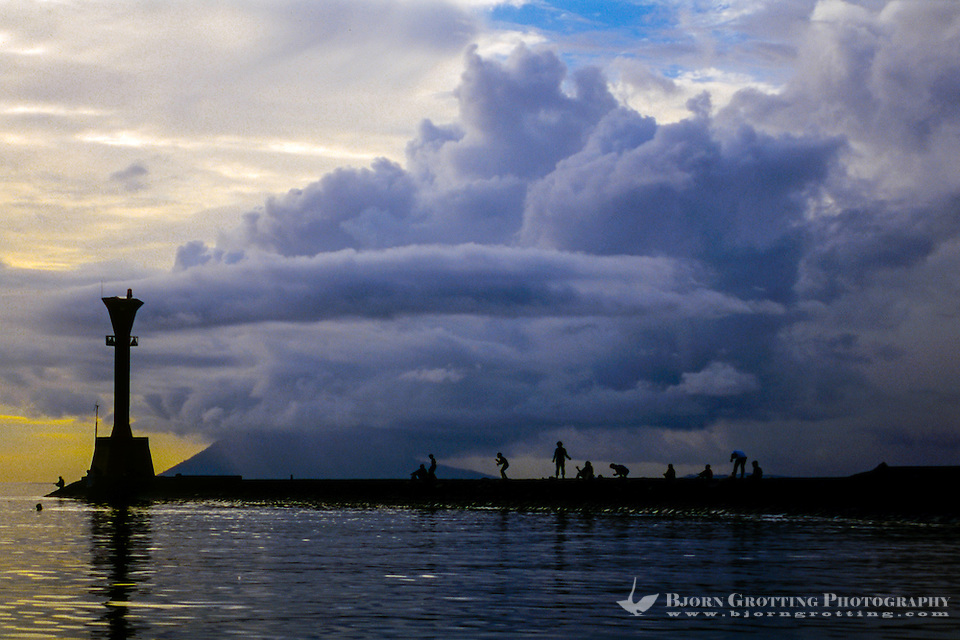 Indonesia, Sulawesi, Manado. Manado harbour with a lighthouse on the pier. Manado Tua, an extinct volcano, in the background. (Photo Bjorn Grotting)

Manado is the provincial capital of north Sulawesi, and has a population of about 250.000. The city is located in the Minahasa region at the northern tip of a long and narrow peninsula, and is a trade center for northern Sulawesi. It’s harbor is exposed to the open sea, and Manado’s commercial port is therefore located in Bitung about one hour drive away. 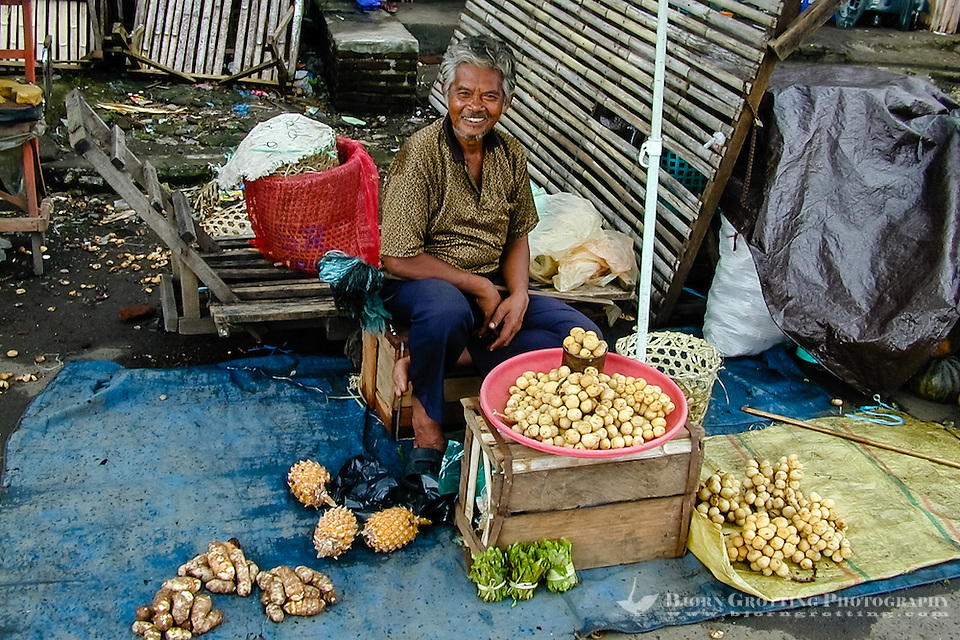 Important export articles are sugar, coffee, spice and tobacco. Manado also has an university. A majority of the population belong to the Minahasa people, with a language much like Philippine. There is also a large group of Chinese in the city. Most of the population are Christian. 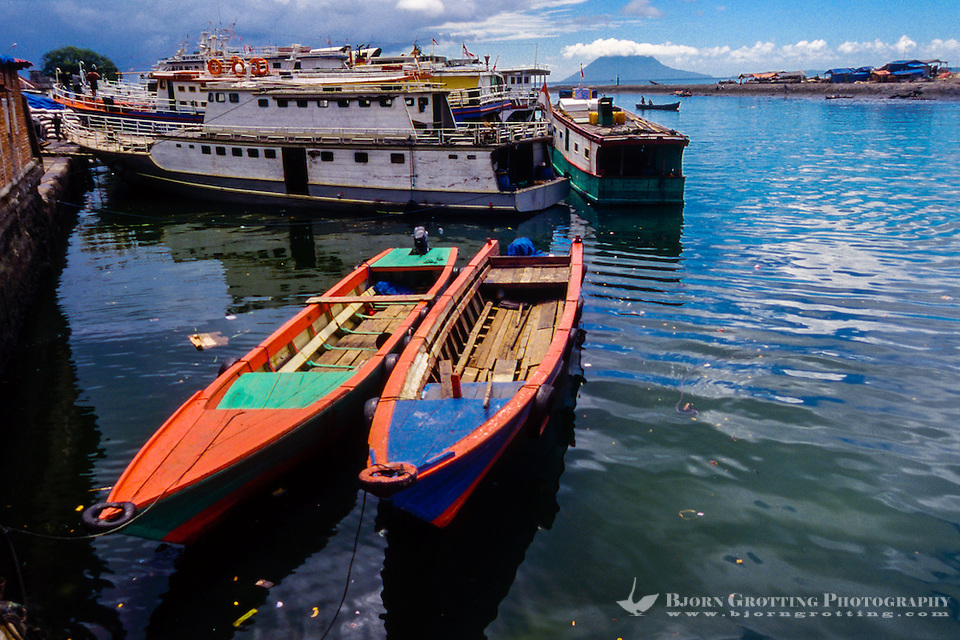 The entire city was wiped out during an earthquake in 1844, and was built up from scratch by the Dutch, after this it was known as one of the prettiest towns in all of South East Asia. This is maybe not true today, but Manado is still nice and clean and the population here have some of the highest living standard in Indonesia. 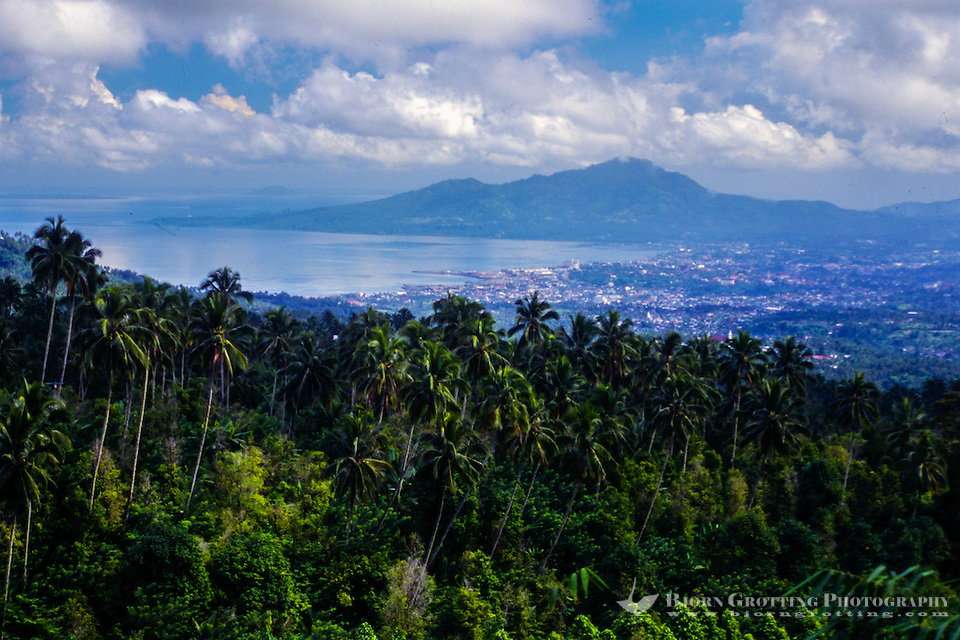 Indonesia, Sulawesi, Manado. View towards Manado city from Tinoor on the road to the Minahasa highlands. (Photo Bjorn Grotting)

A myth tells about how the first Minahasians descend from Lumimuut, who came up of the ocean to give birth to Toar. Several years later mother and son met again without recognizing each other, they got married and their descendants populated the district. Later both the land and the language were split by the god Muntu Untu by the Watu Pinabetengan stone near Kawangkoan east of Manado. 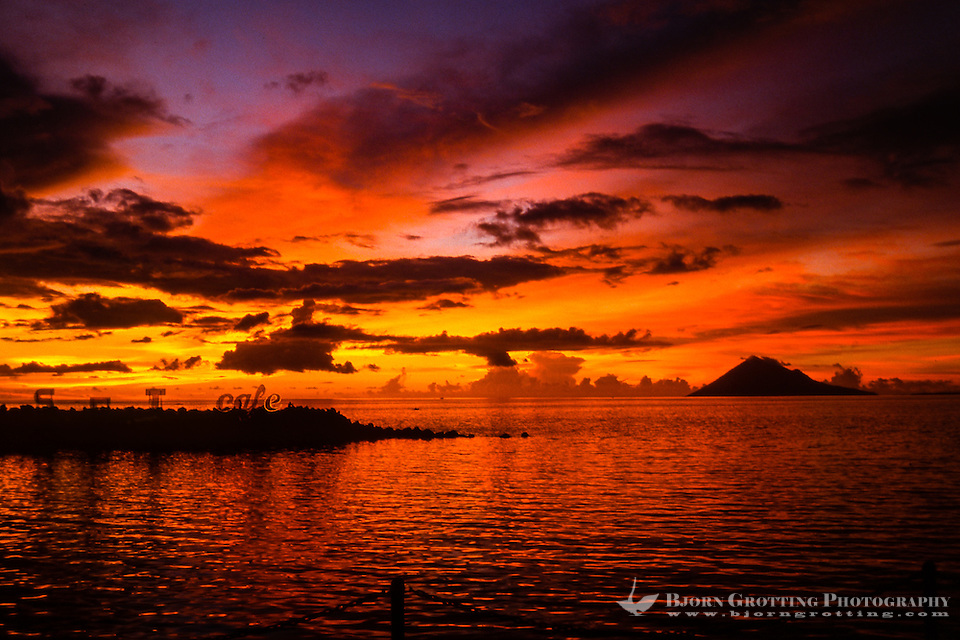 A surplus of rice attracted European traders who sailed to and from the spice islands. The Spanish built a fort here in 1627, but the local rulers decided to throw their guests out in 1643, and asked the Dutch on Ternate for help. Together they drove out the last Spanish soldiers and the Dutch built their own fort in 1658. The Dutch managed to unite the different tribes, who in 1693 won a great victory over their main enemy Bolaang further south. The Minahasians also helped the Dutch to fight riots on Java and other islands, by other Indonesians they were sometimes called “anjing Belanda”, Dutch dogs. The Japanese occupation from 1942 to 1945 led to severe bombing of Manado by the allied forces. The struggle for independence after WW2 also led to a division of the population into pro- and anti-Dutch sentiments, the city was bombed again in 1958 by Indonesian forces. 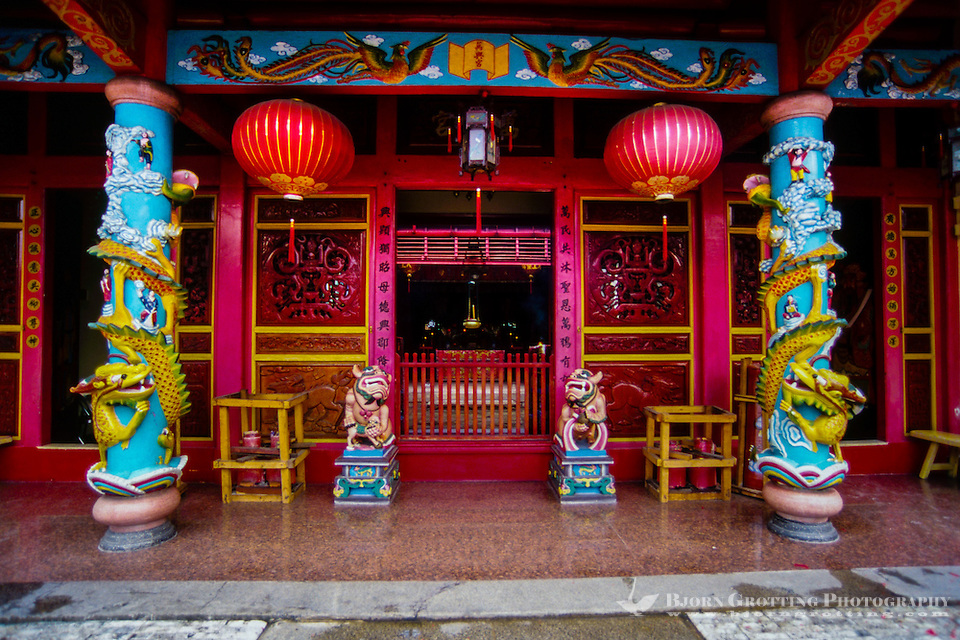 Manado has no large attractions by itself, except for an interesting museum and an old Buddhist temple from the 19th century, the oldest of it’s kind in eastern Indonesia. A colorful festival is held here every February. The city are also full of monuments in memory of Minahasian and Indonesian heroes. Manado is a great starting point for expeditions to the beautiful landscape in this region, and has several good facilities for visitors, like accommodation, restaurants and entertainment. 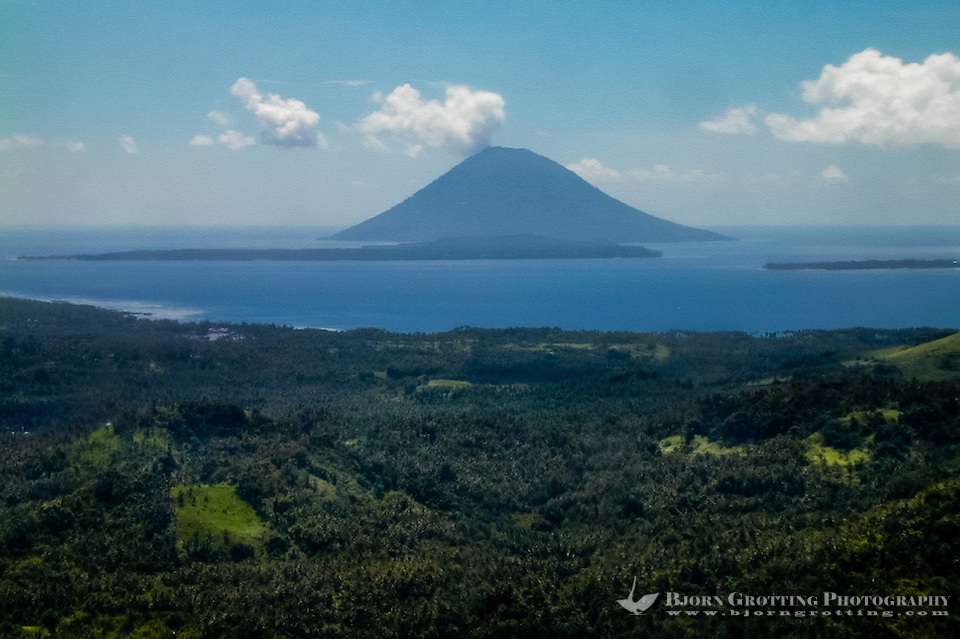 This part of Indonesia is famous for it’s brilliant diving conditions, and divers from all over the world come here. The most famous spot is the corral reefs around Bunaken, a marine reserve just a short boat trip from Manado. You can also take a diving course here. The reserve consists of Manado Tua, a volcano that can be seen from Manado, Nain and the Mantehage islands, Pulau Siladen and Pulau Bunaken. Another attraction is the lovely Tondano lake (altitude 600 m), south east of the city. This is a very popular area for hiking and Sunday picnics among the local population. 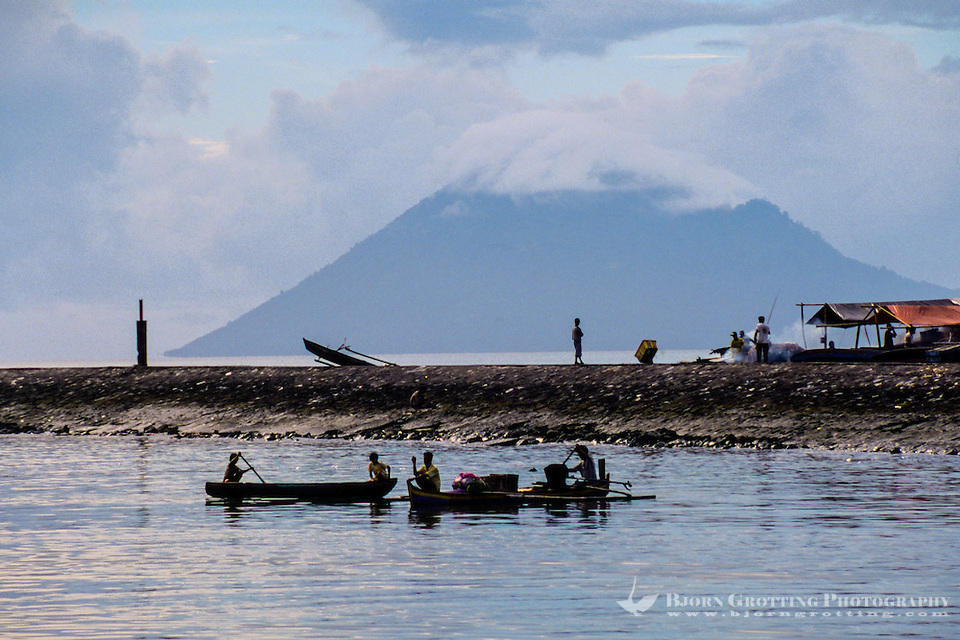 Manado has a modern airport with daily flights to Jakarta and Ujung Pandang. There is also a connection to Ternate by plane. Most of the boats leave from the port in Bitung, a few leave from Manado to for example Tahuna on the Sangihe islands north of Manado.