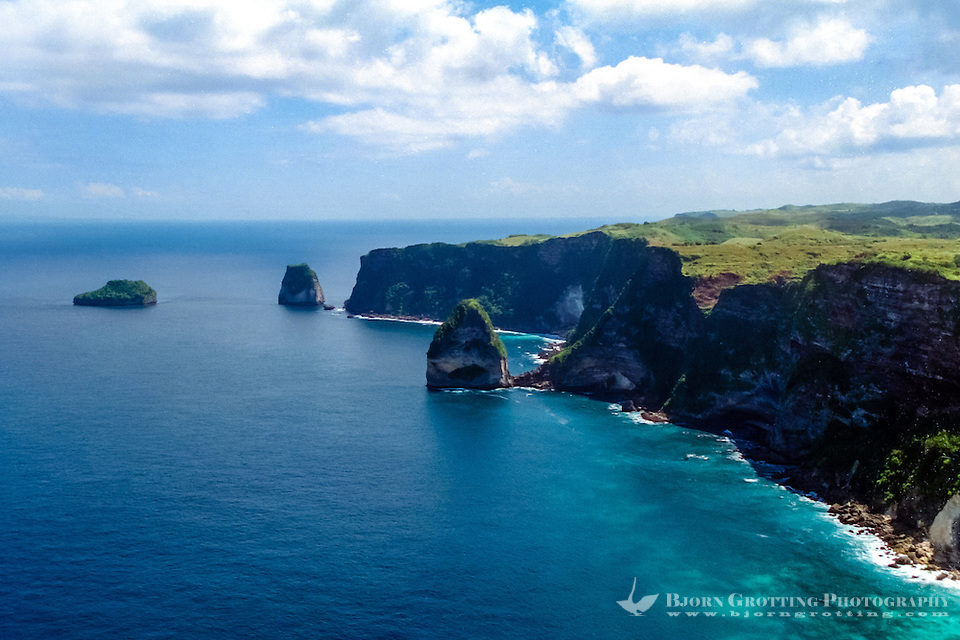 Nusa Penida consist of three islands; the large Nusa Penida, Nusa Lembongan and Nusa Ceningan. The islands are under administration of the Klungkung district. A common way to travel here is by public boat from Sanur to Lembongan. You can also sail from Padangbai directly to Nusa Penida, which will bring you to Sampalan on the north coast. There are also regular cruiseboats leaving from for example Nusa Dua.

Nusa Penida is a relatively poor district, the lack of fresh water makes growing of rice impossible, and the layer of soil is quite thin. 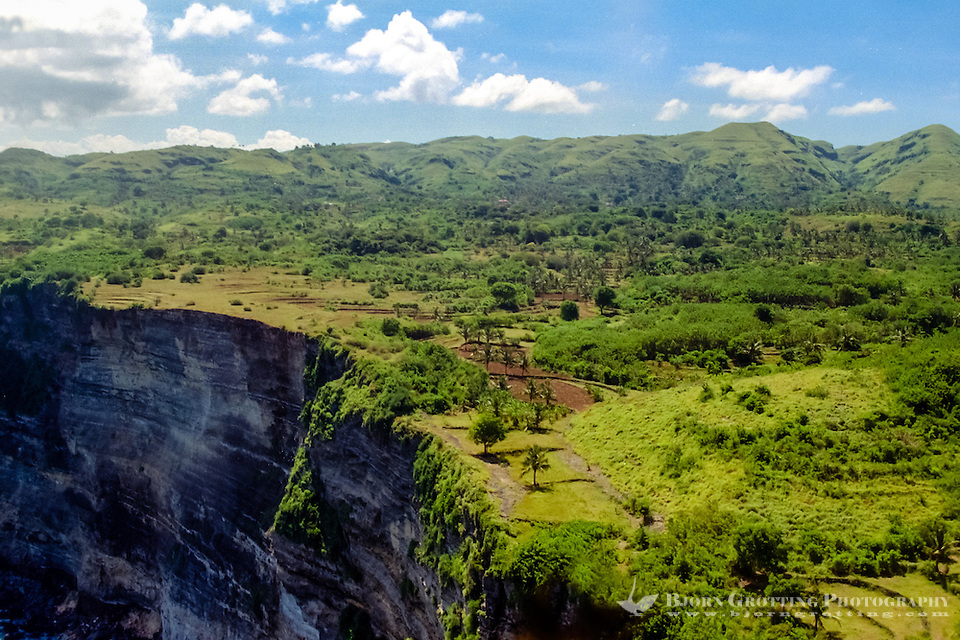 Southern part of Nusa Penida. On top of the island there is a flat, dry plateu (from helicopter) (Photo Bjorn Grotting)

The southern tip of the largest island is dominated by high cliffs and a flat, dry plateau at the top. It was a long time ago used as a prison for convicts by the Gelgel dynasty (see Klungkung). 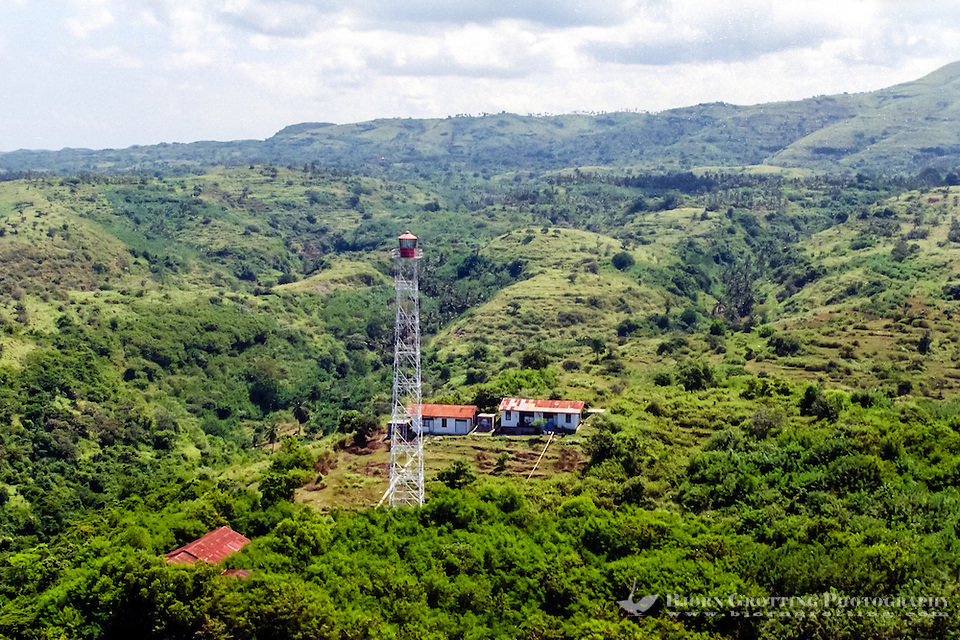 Like Bali most of the population are Hindus, but the culture is quite different with local variations of dance and music, architecture and crafts. The language is an old form of Balinese not used anywhere else. According to a legend Nusa Penida is home to a mythical and infamous figure, Jero Gede Macaling, who frequently sends his invisible helpers to the southeast part of Bali to spread drought, famine, rats and pestilence. 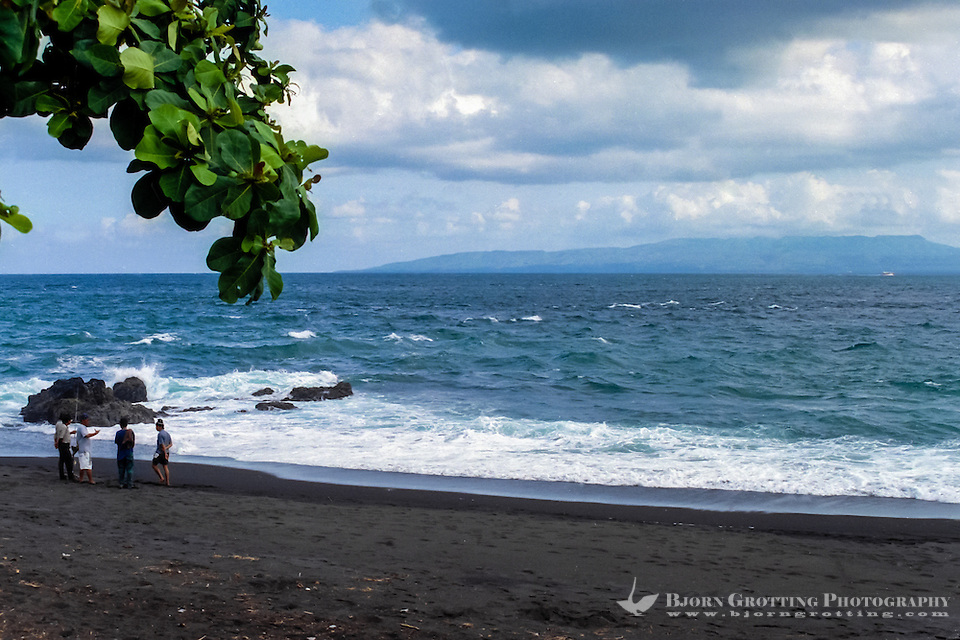 Bali, Klungkung, Goa Lawah. From the Goa Lawah beach you can see as far as Nusa Penida. (Photo Bjorn Grotting)

Macaling is only spoken of with a low voice, and then often mentioned with the honorable title Beliau. In return for certain rituals Macaling is believed to protect the people. Pura Dalem Penataran Ped is one of the few temples dedicated to this figure. 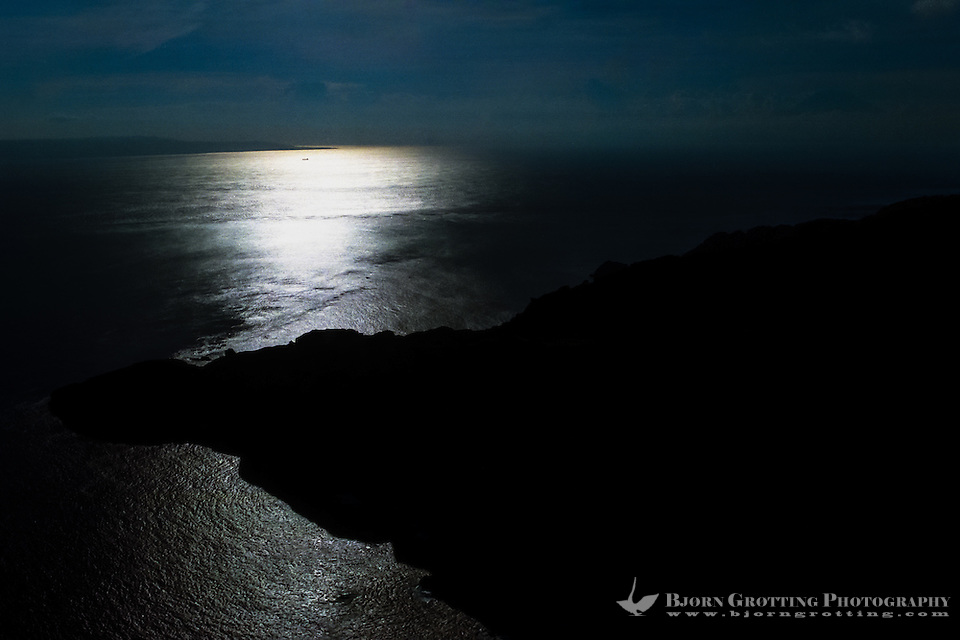 Nusa Tenggara, South Lombok. The south-westernmost point on the Lombok coast, in the background Nusa Penida to the left and Gunung Agung to the right (from helicopter). (Photo Bjorn Grotting)

The most developed island for tourism is Nusa Lembongan, the facilities here are not luxurious but of good standard. Many travel here just to relax, and it is possible to find totally deserted beaches, at least in the low season. Most of the visitors stay on the northwest coast of the island, which is a good place for surfing, swimming and diving. You can easily walk around the island, and also cross a small bridge to the neighboring Nusa Ceningan. There is not so much to see on Nusa Ceningan except for the nice view. 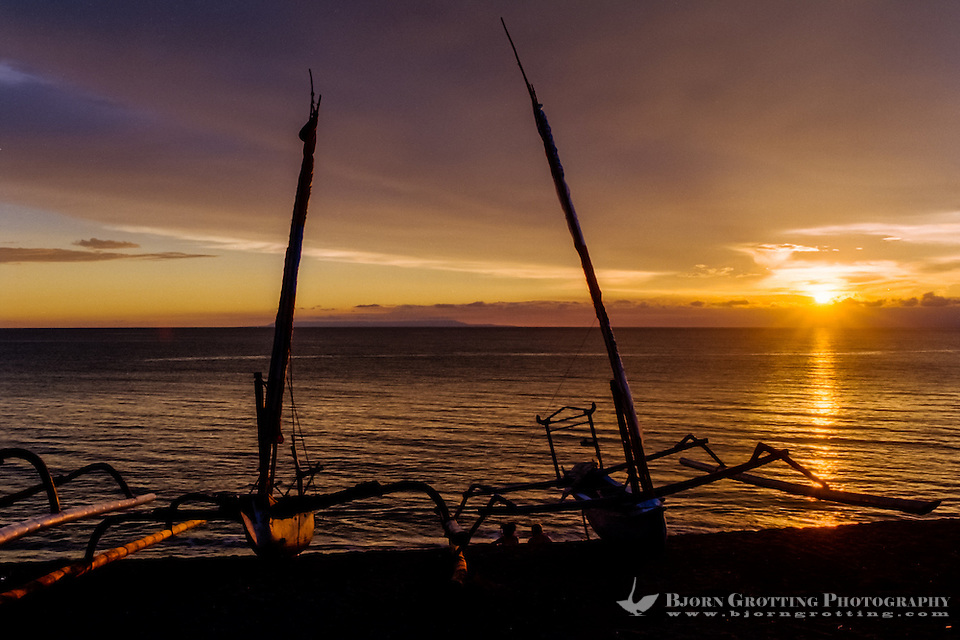 Nusa Tenggara, Lombok, Senggigi. Sunset on Senggigi, fishingboats in the foreground. In the background you can see Nusa Penida outside Bali. (Photo Bjorn Grotting)

The largest island, Nusa Penida, has few tourist facilities, but you will find simple accommodation there. The two most important villages are Sampalan and Toyapakeh. From Toyapakeh there is a boat leaving to and from Nusa Lembongan. You can travel around the island with a bemo or a motorbike, but the roads are quite rough. The scenery can be very interesting, in the highland you will have a beautiful view of Bali. There are some good diving spots here, but you are advised to bring a local guide for security. Diving trips are also arranged from Bali.

One thought on “Bali:: Nusa Penida”