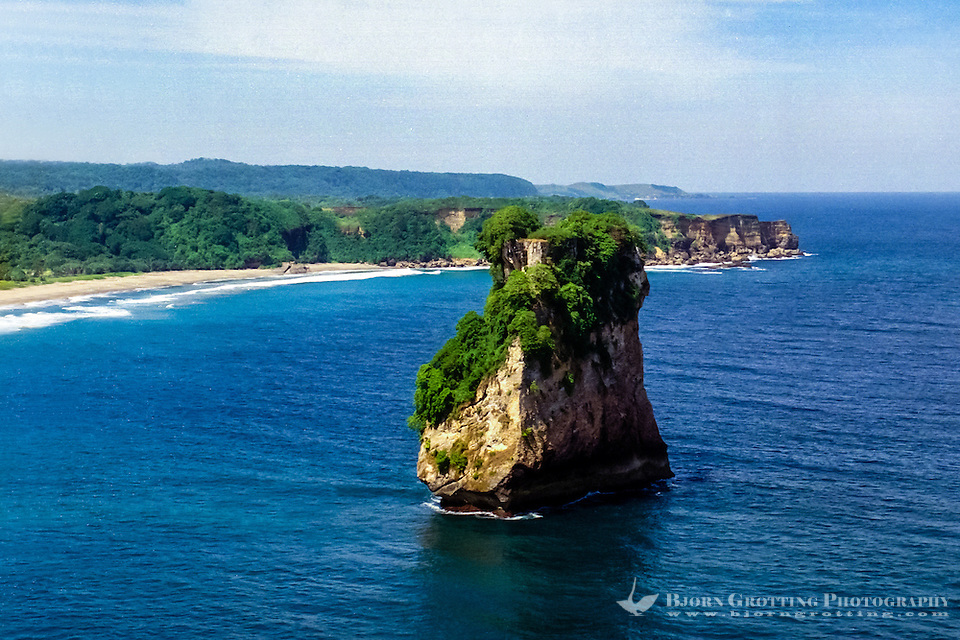 Sumbawa is located east of Lombok, and is larger than Bali and Lombok together. Area 15.448 sq. km, population about 800.000, of which the majority are occupied with agriculture and fishing. The people here are, like on Lombok, mainly Muslims. Christian missionaries did not even bother to come here. Some old animistic traditions are still alive. The soil is fertile, and the most important products are rice, maize, beans, timber, cattle and minerals. 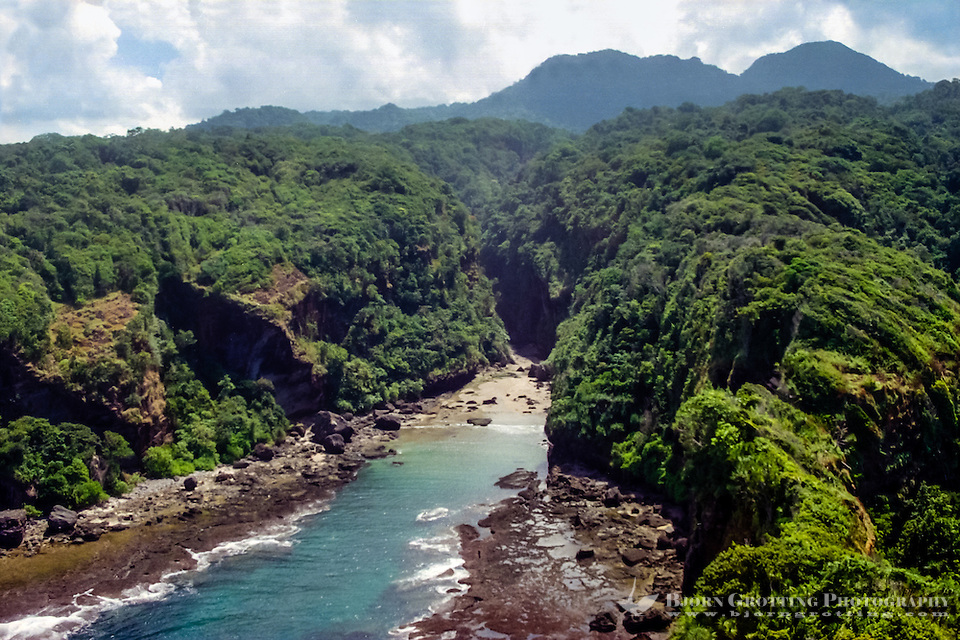 West Nusa Tenggara, Sumbawa. A narrow valley on the south coast of Sumbawa. This terrain is not easily accessible from land (from helicopter). (Photo Bjorn Grotting)

Sumbawa was like Sumba under control of the Majapahit kingdom in the 14th century. The island was then split between a large number of small kingdoms, after the fall of Majapahit the western part was probably under influence from Bali, until early in the 17th century when the entire island was controlled by the Islamic Macassar (now Ujung Pandang) on south Sulawesi. The Dutch occupied Sumbawa in 1669, and established an agreement that gave the Dutch full control through local rulers. They did not however find any commercial interest on the island, and first established a direct rule in the 19th century.

Nearby Lombok was controlled from west Sumbawa from about 1650 to 1750 when the Balinese took over, followed by 30 years of war between Sumbawa and Bali. This ended with the Balinese invasion and occupation of west Sumbawa, this was however not in the interest of the Dutch, who drove the Balinese forces away. 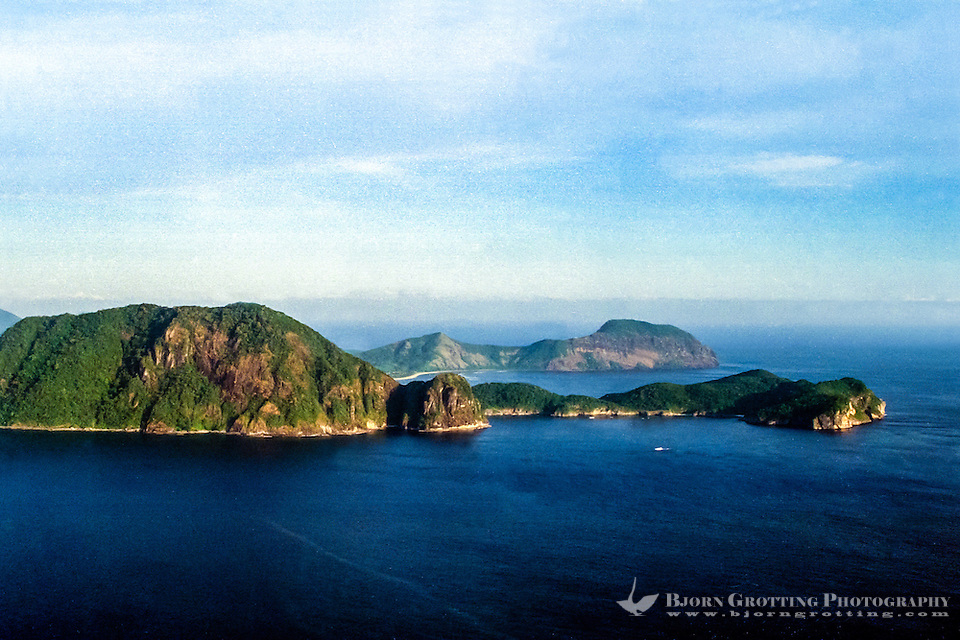 Several large mountain chains cross the island, the northernmost volcanic. The highest mountain here, the Tambora volcano, had in 1815 AD the until now largest volcanic eruption known in modern history. Before the eruption it had an elevation of 4.300 m, afterwards it was reduced to the present height, 2.851 m, with a crater that is 7 km wide and 1.000 m deep. Probably about 10.000 people died immediately, while tens of thousands later died of famine. An area more than 500.000 sq. km were covered in ash. Dust particles in the atmosphere caused a global cooling, and the year 1816 was called “the year with no summer”, were the crops in Europe and north America were reduced to a fraction. Today you can climb to the top of this mountain, and the view is supposedly very impressing. 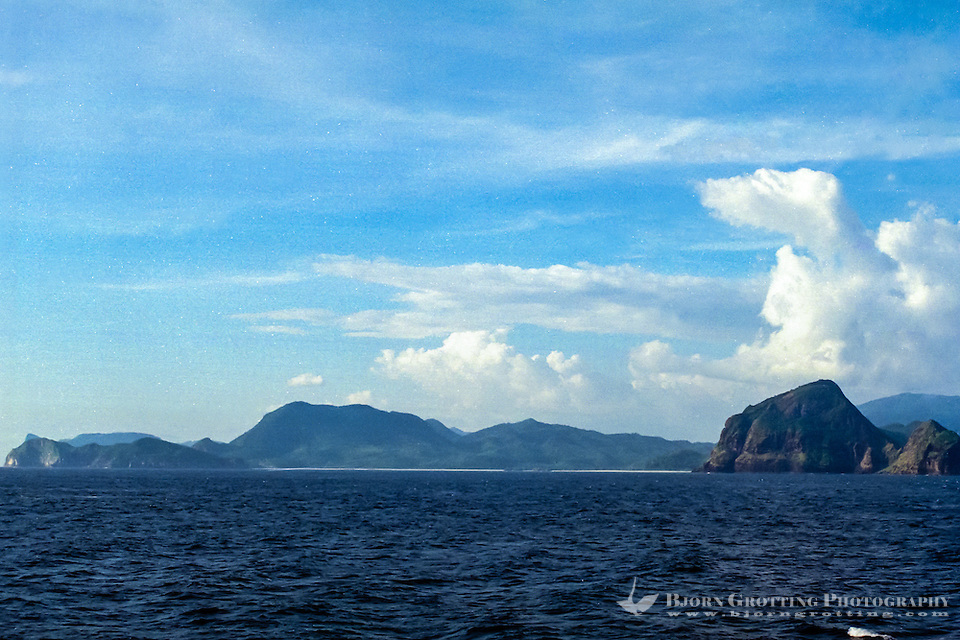 From the middle of the 19th century immigrants from other parts of Indonesia were brought here to help populate the coastal areas again. This explains the mix of ethnic groups; indigenous people, Javanese, Bugis and Sasak to mention a few. In 1908 there was three separate sultanates on west Sumbawa, and the Dutch had to intervene and establish a more direct control to avoid a war between the three. When Indonesia took control after WW2 the sultans lost their power and titles, but were granted jobs as government officials and kept some of their influence. 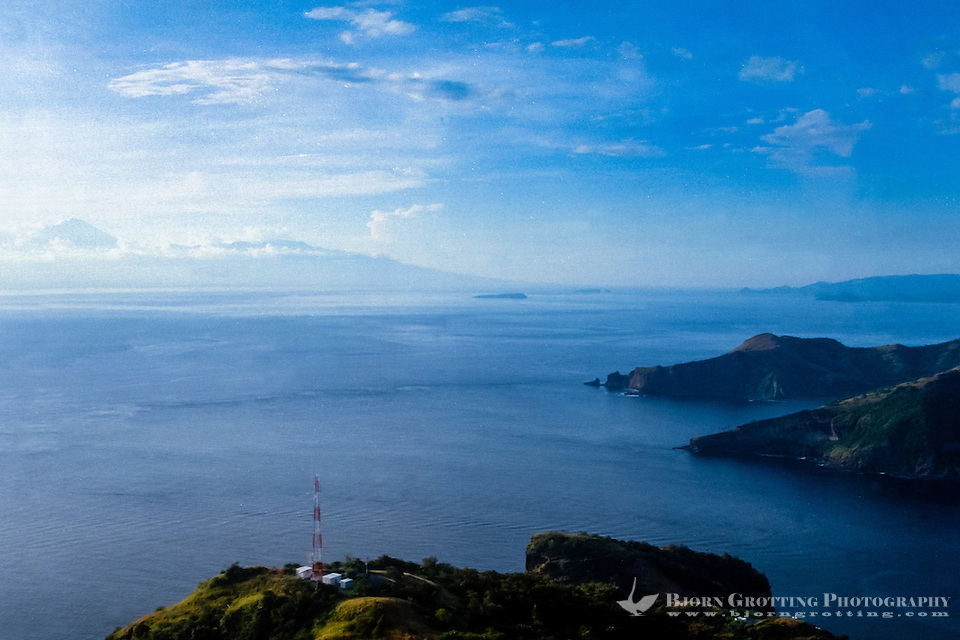 West Nusa Tenggara, Sumbawa. The west coast of Sumbawa looking west. In the background to the left you can barely see Mount Rinjani on Lombok (from helicopter). (Photo Bjorn Grotting)

Sumbawa in the wet season is mainly green and beautiful, with many villages scattered around the island. The interior however is in some areas dominated by dry, brown hills and mountains, in strong contrast to the more lush coastal landscape. The best time to visit Sumbawa is at the end of the wet season around April and May when the island is still green and fertile. 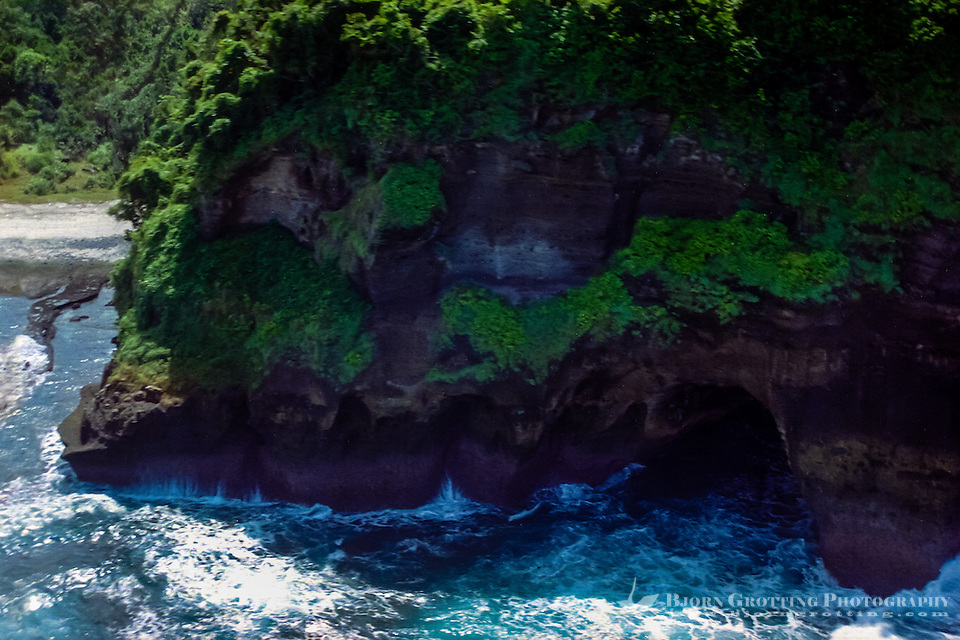 The two largest cities are Sumbawa Besar to the west and Bima to the east. Both cities contain an old sultan palace and also facilities for visitors. The mass tourism has not reached Sumbawa yet, but the island has a lot of lovely scenery and culture to offer and is absolutely worth a visit. There are connections by boat with Lombok, Komodo and other islands in the region.