. These ships, called Pinisi, are unique to Indonesia. This is still a common way of transport

never or viagra online action (peripheral vs central, inducer vs enhancer) and (6).

. These ships, called Pinisi, are unique to Indonesia. This is still a common way of transport. Kalimas harbor. (Photo Bjorn Grotting) 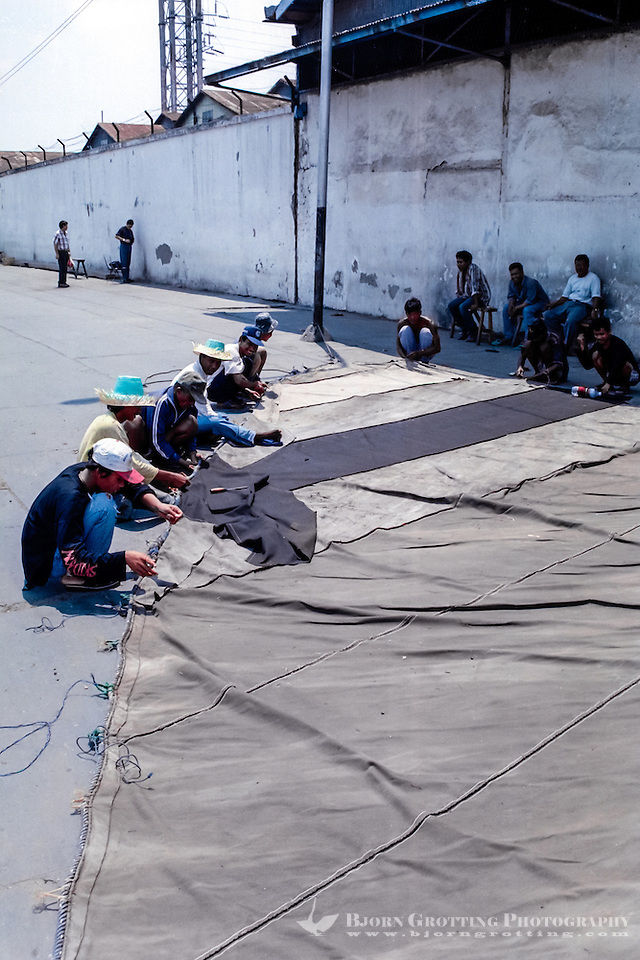 Much of the old harbor was in ruins after World War II. It was first destroyed by the Japanese that captured the city in 1942, then by the allied forces. After the war Indonesian nationalists took control for a while, then the Dutch. They ruled for a limited period before the city became part of the Indonesian Republic in 1950. 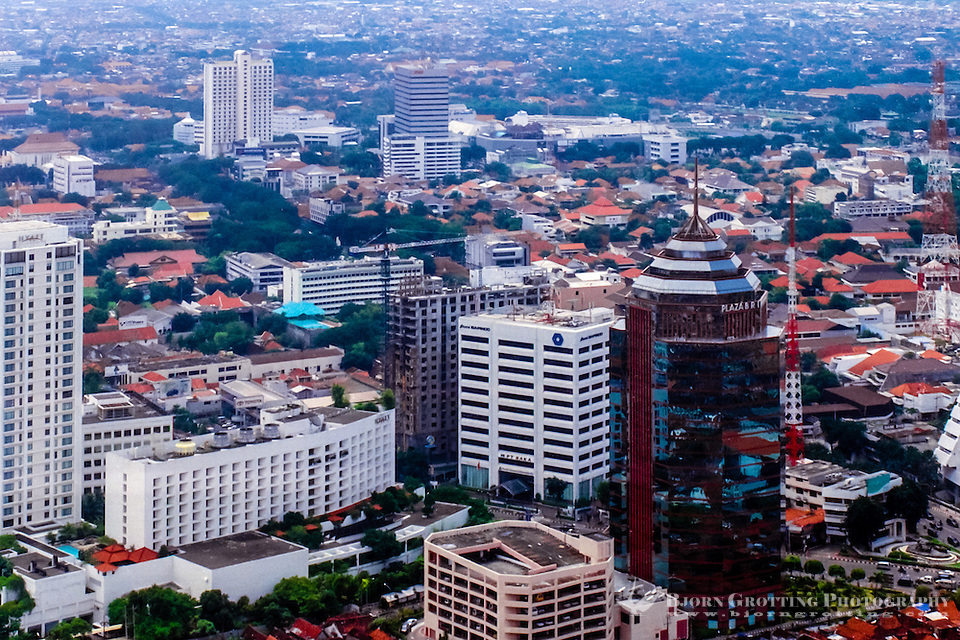 The center of Surabaya (from helicopter) (Photo Bjorn Grotting)

Around 1525 AD the local rulers converted to Islam, and then gained control of the neighboring kingdoms. This was the beginning of Surabaya’s many years of power and glory. In 1625, after many years of bloody fights, the expanding central Java dynasty of Mataram took control of the city. The Dutch were in control from the middle of the 18th century. Surabaya celebrated its 700 years anniversary in 1995. 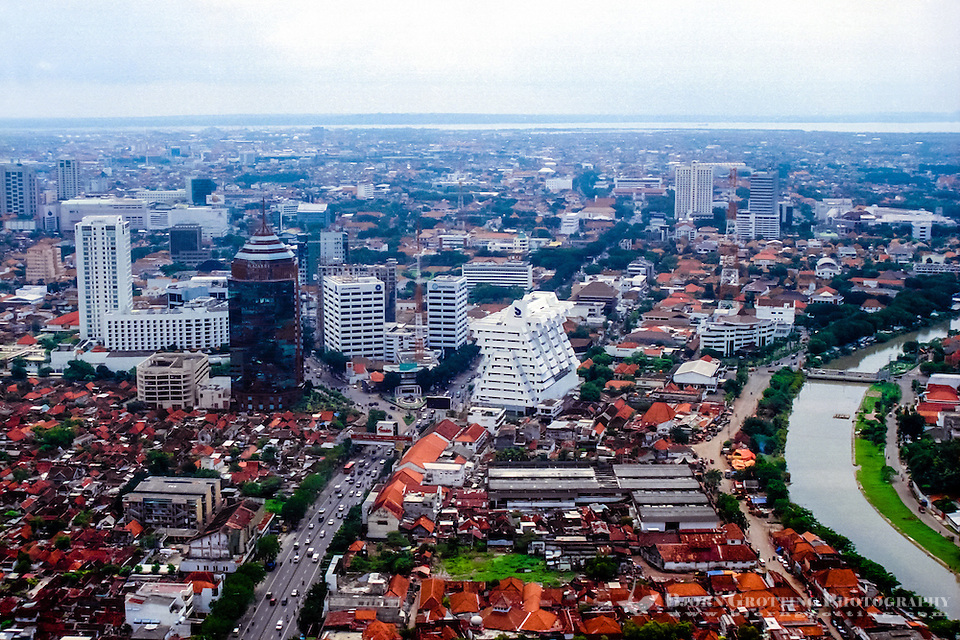 The center of Surabaya with Madura in the background. The Mas river to the right (from helicopter). (Photo Bjorn Grotting)

The city is also called “the city of heroes” due to the role it played during the resistance against the colonial powers. The first battle during the revolution took place here in November 1945 against much better equipped British forces. Even if the Indonesian’s were forced to retreat the British suffered big losses, this inspired a continuing fight for independence throughout the entire country. Statues and memorials in memory of these events can be seen all around the city. 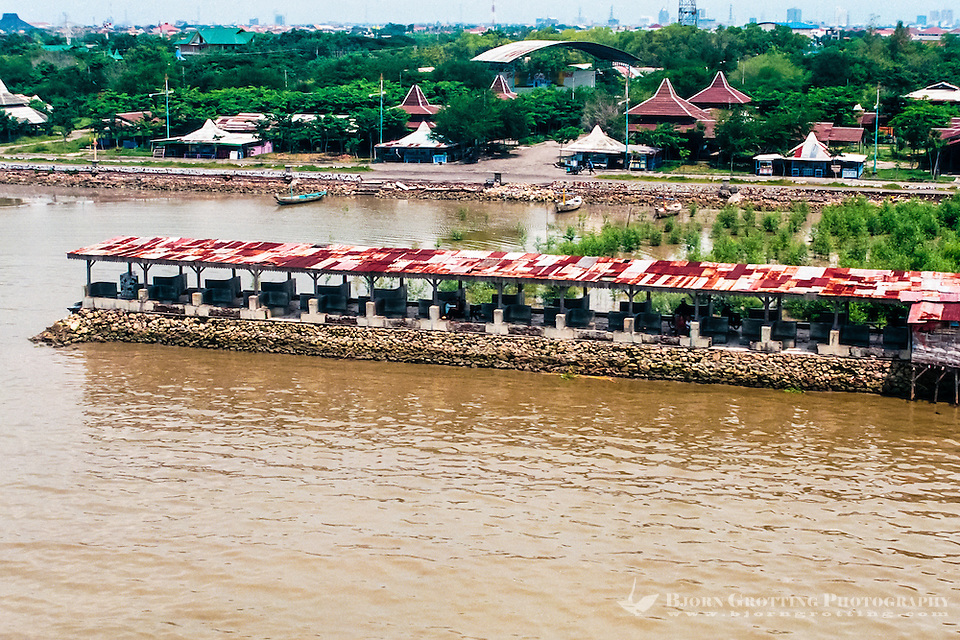 Surabaya. This pier is a popular meeting place for sweethearts (from helicopter) (Photo Bjorn Grotting)

One of the biggest attractions in Surabaya is the large zoo. It is old and scruffy, but can display some fascinating animals. Among them the famous Komodo Dragon, the largest reptile in the world. Apart from that the old town with Arabic and Chinese quarters and some colonial buildings is worth a visit. Here is also the famous red bridge, Jembatan Merah, where the British commander was killed in a battle against the freedom fighters. Another attraction is the Mesjid Ampel mosque where Sunan Ampel is buried. Ampel was one of the nine missionaries who is said to have brought Islam to Java in 1481. 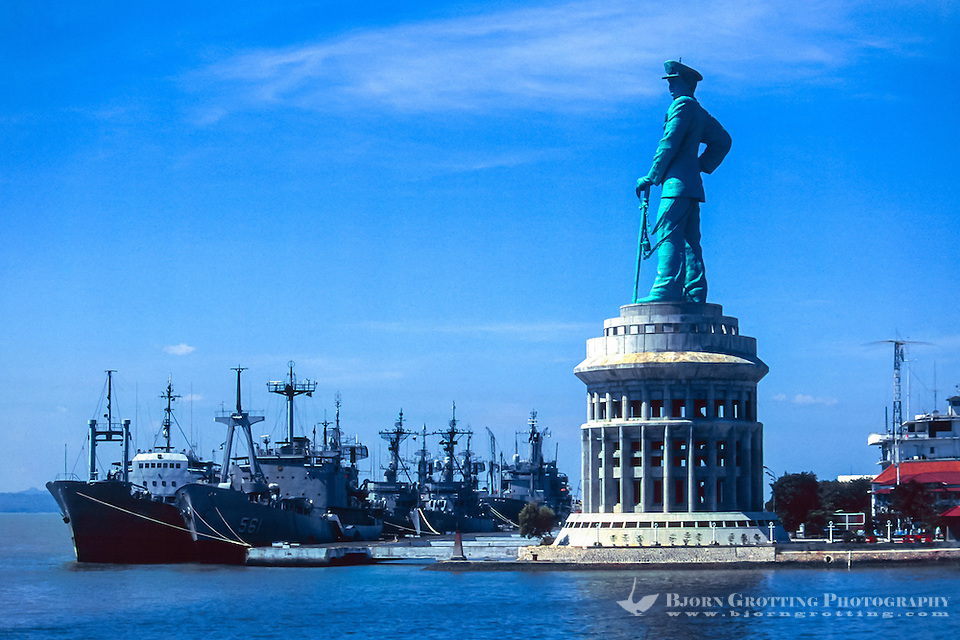 Surabaya is home to the Indonesian Navy’s Eastern Fleet. 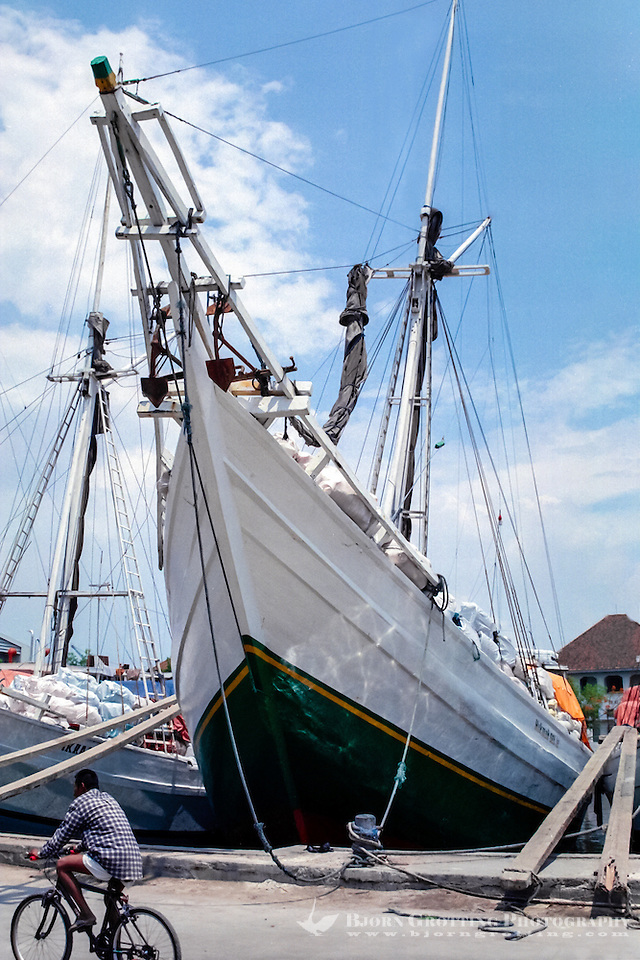 Just north of the old town is Tanjung Perak, the second largest harbor in Indonesia, and inside this is the old Kalimas harbor. Here you can see the traditional wooden sail ships called “Pinisi” load and unload their cargo, just like it has been done for 600 years. Originally these boats were built and sailed by the Bugis people from South Sulawesi. On the opposite side of the channel is the main base for the Indonesian navy, Angkatan Laut. 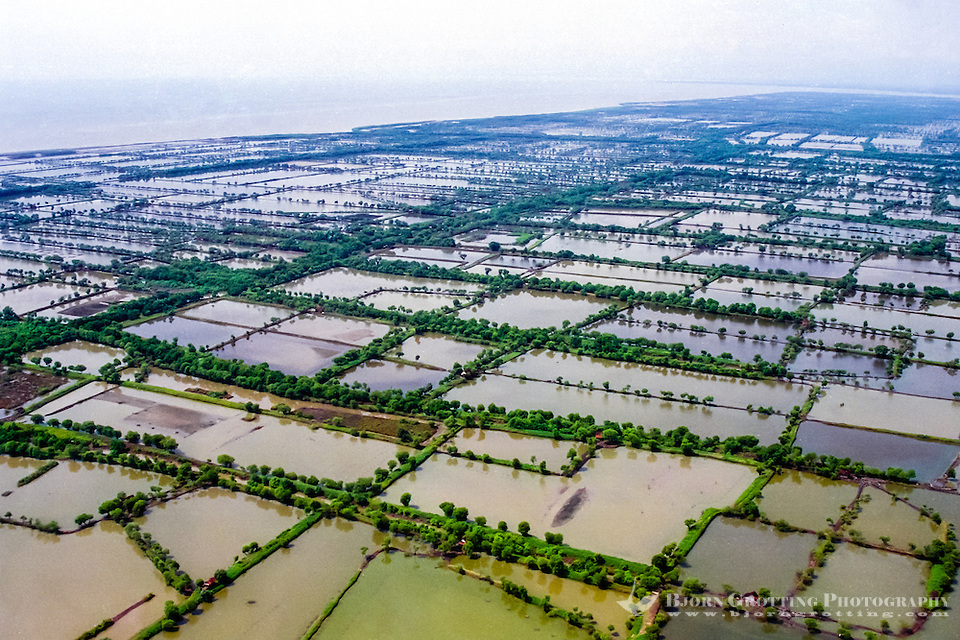 Even if the tourist attractions of Surabaya may not be that many this is an interesting city with it’s mix of old and new and poor and rich. Before the Asian economic crisis that started in 1997 the city had a high economic growth. The contrast between modern hotels, shopping malls and the slum almost side by side is huge, like in all the big cities of Indonesia. 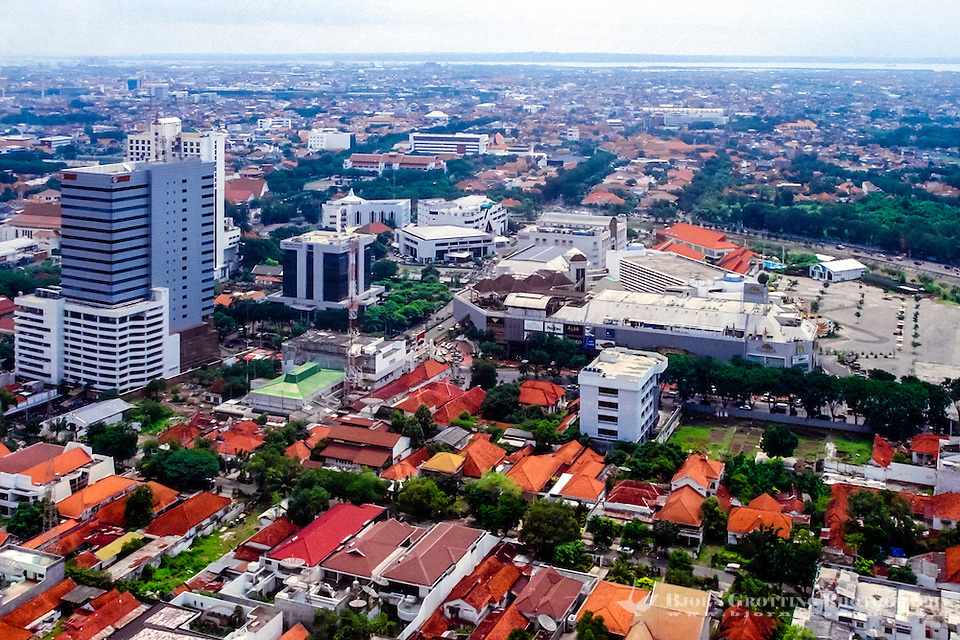 Surabaya is a good place to start for exploring the rest of East Java, for example Madura, Bromo and Malang which can be reached on a daytrip from here. In the nearby mountain village of Tretes you can enjoy fresh, cool air and watch the beautiful landscape. You can easily travel to Surabaya from Jakarta with plane, bus or train, there are also daily flights to Bali and Lombok from here.