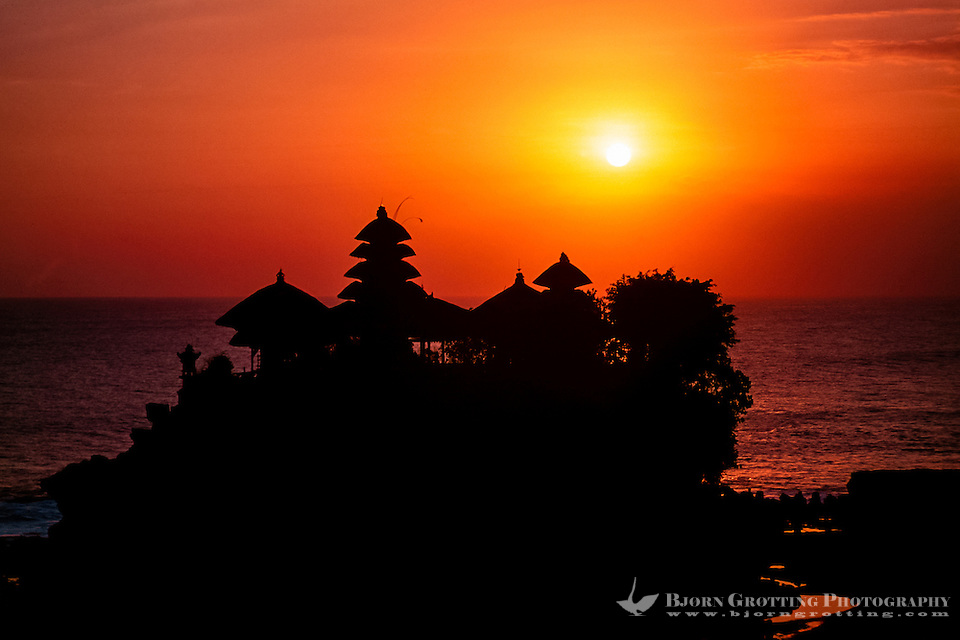 Tanah Lot is located in the Tabanan district southwest on Bali, only a short distance from Kuta and Denpasar. With it’s beautiful location and architecture it is one of the most characteristic temples on Bali, and for the Balinese the most sacred of the sea temples along the southern coast of Bali. On a clear day you can see Pura Luhur Uluwatu further south of here, another famous sea temple. 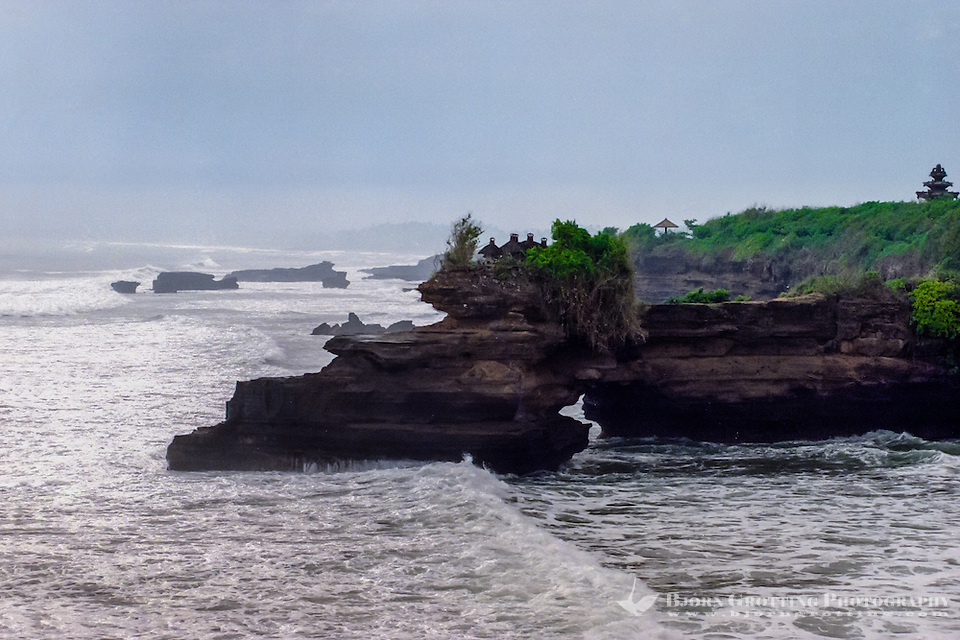 Tanah Lot means something like “sea temple of the earth”. According to legends Tanah Lot was built in the 16th century by the Javanese Hindu priest Sanghyang Nirantha. The local ruler Bendesa Beraben became jealous when his followers joined this newcomer, and ordered him to leave. Nirantha then used his magical powers to move the cliff Tanah Lot was built on out into the sea. He also transformed his scarf to the holy snakes that still today is said to guard the temple. Beraben later converted to Nirantha’s Hindu religion. 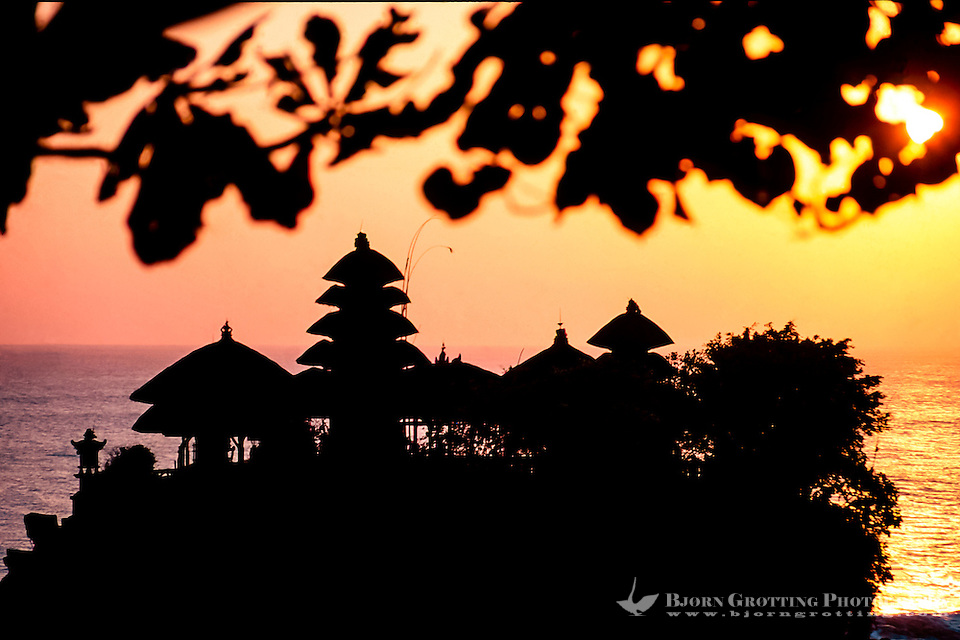 This is one of the best known and most visited attractions on Bali, and has inevitably become a tourist trap. But to watch a sunset here is still worth the hassle of bypassing all the souvenir stalls. 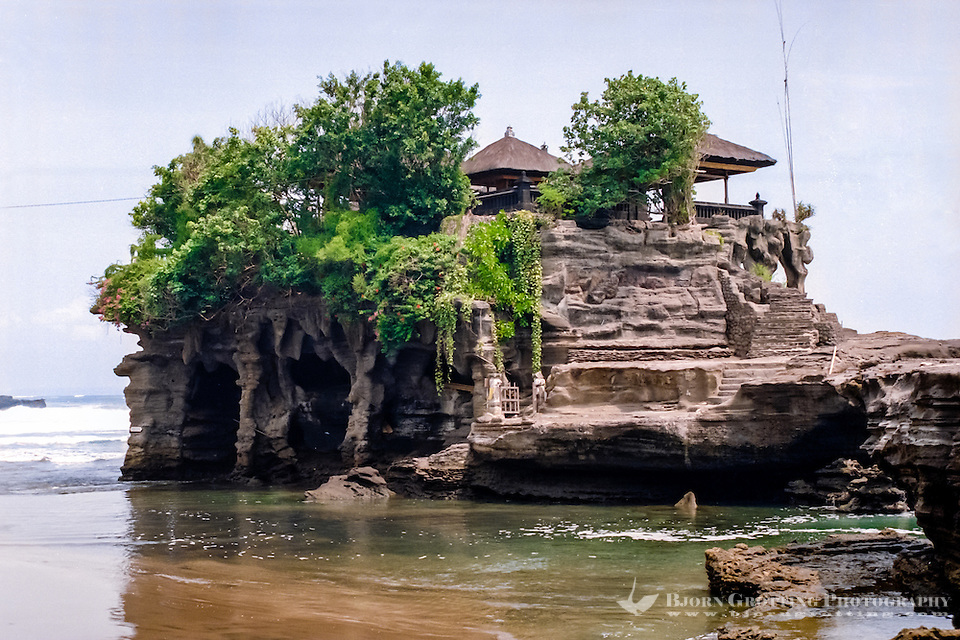 Inside you will usually be left alone and can relax with a dinner or just sit and watch the sun dive into the blood red water. At low water you can walk out to the temple, while at high water it is isolated by the sea. The temple sits on top of a cliff, only Hindus are allowed to climb the stairs to the top. 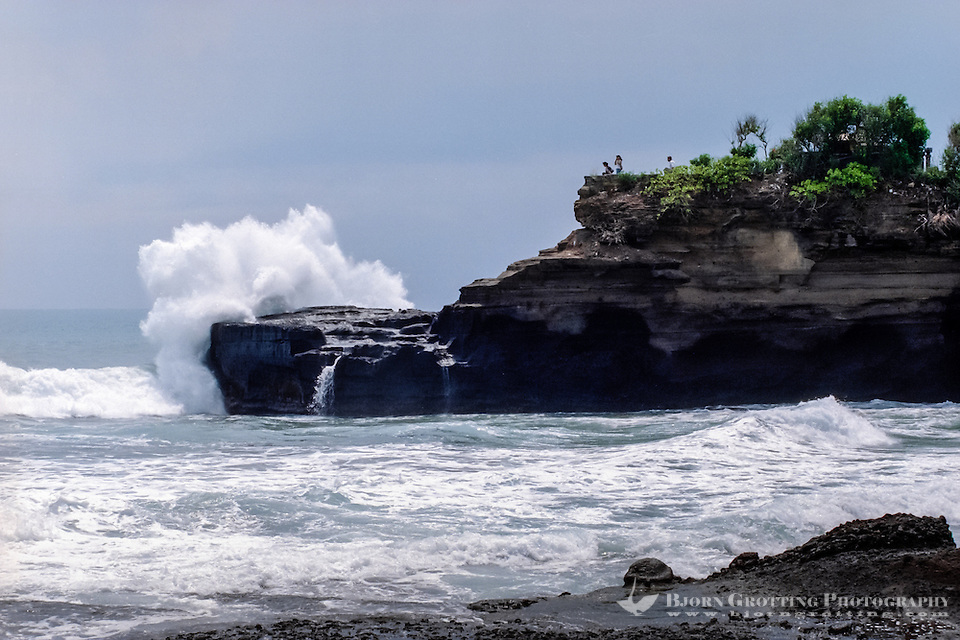 There are some accommodation here and restaurants with a variety of prices. To get here should not be a problem because of the short distance to the large tourist centers and it’s popularity.