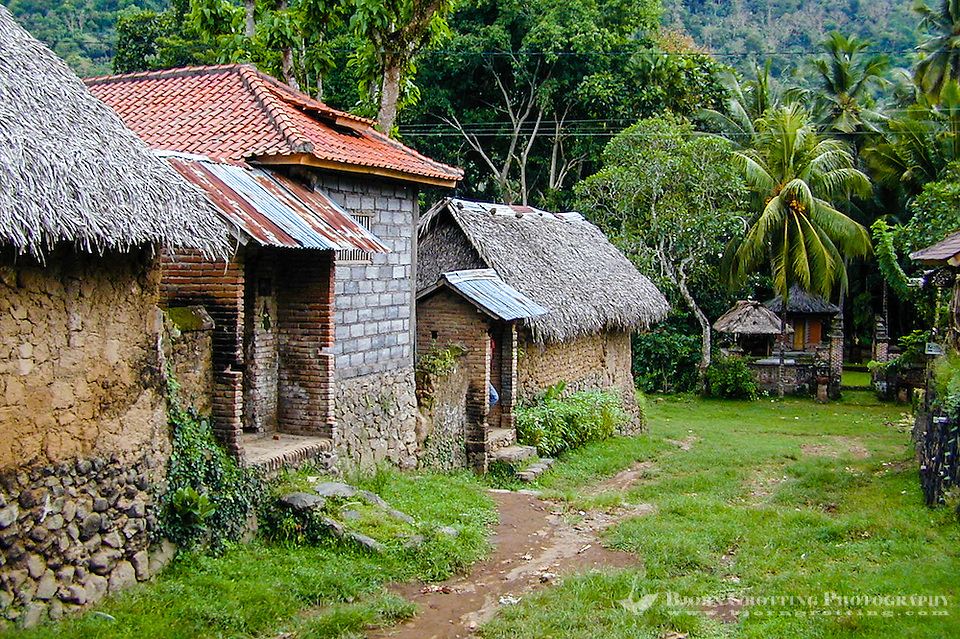 When Majapahit conquered Bali in 1343 there were some Balinese who did not accept this change of rule, and therefore built their own villages in remote areas. The descendants of these people are today known as Bali Aga or Bali Mula, meaning “the original Balinese”. They still live in villages like Tenganan in East Bali or Trunyan at the shores of the Batur lake. 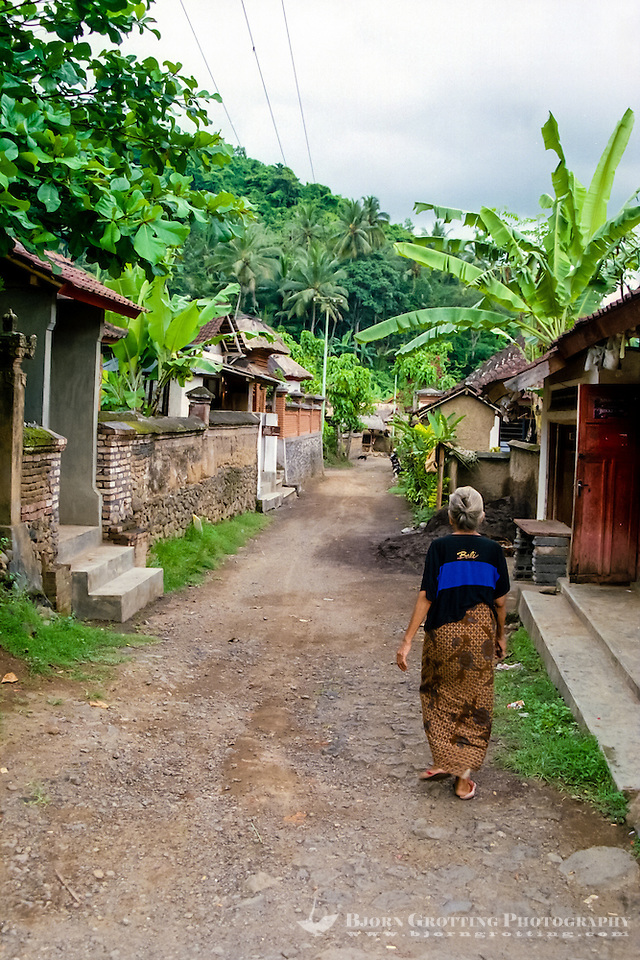 Bali, Karangasem, Tenganan. A traditional Bali Aga village. Tenganan is located on the fertile hills stretching up to Gunung Agung. An old woman in a Tenganans street. (Photo Bjorn Grotting) 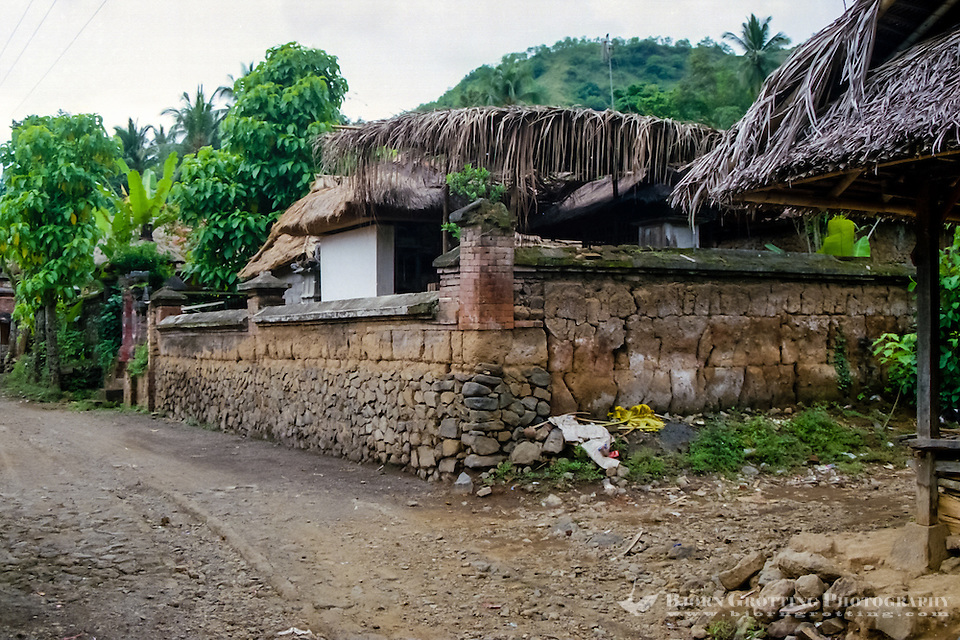 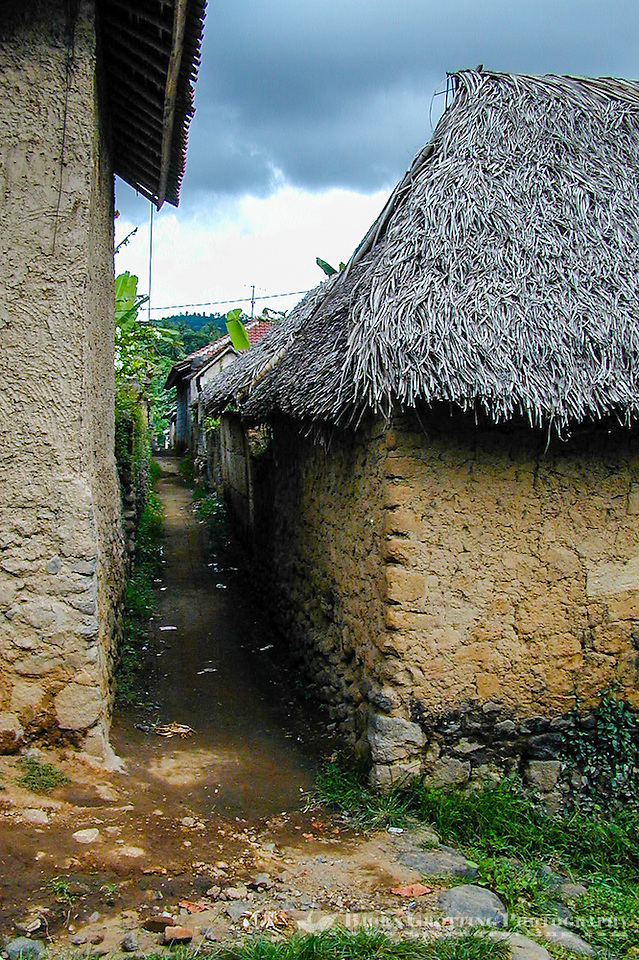 Bali, Karangasem, Tenganan. A traditional Bali Aga village. A narrow path between the buildings, most of the houses have thatched roofs. (Photo Bjorn Grotting) 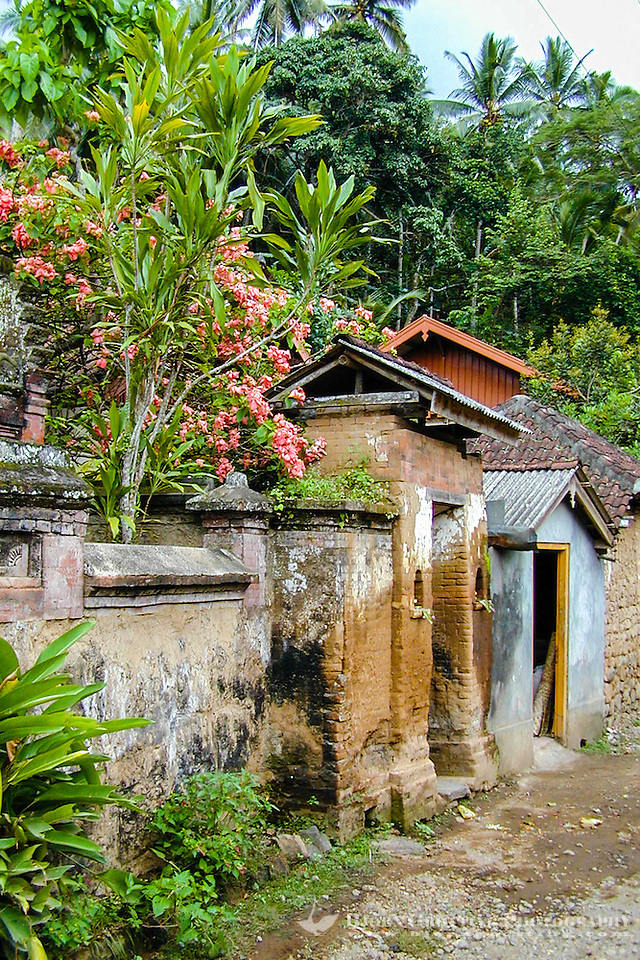 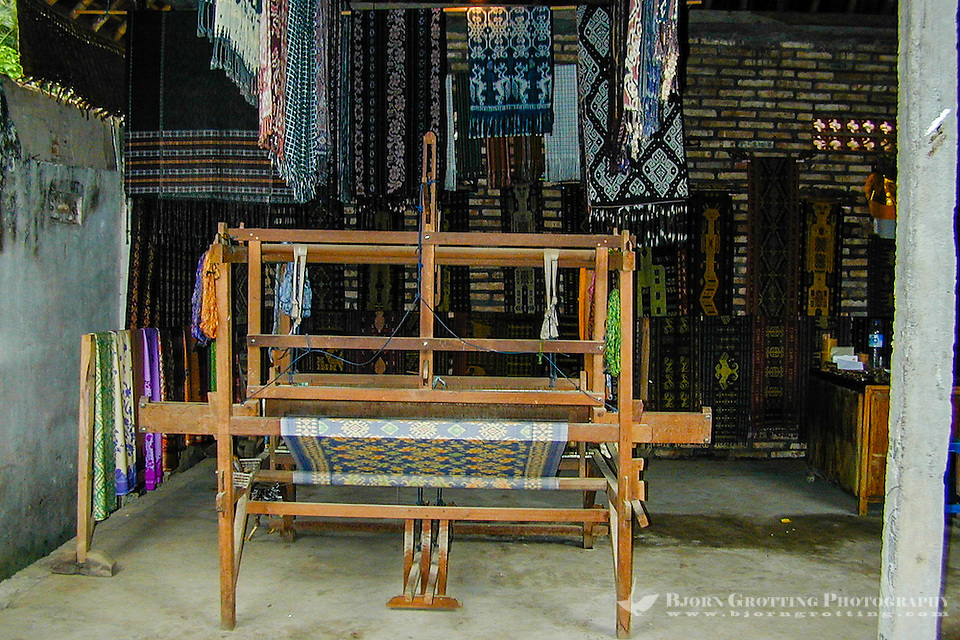 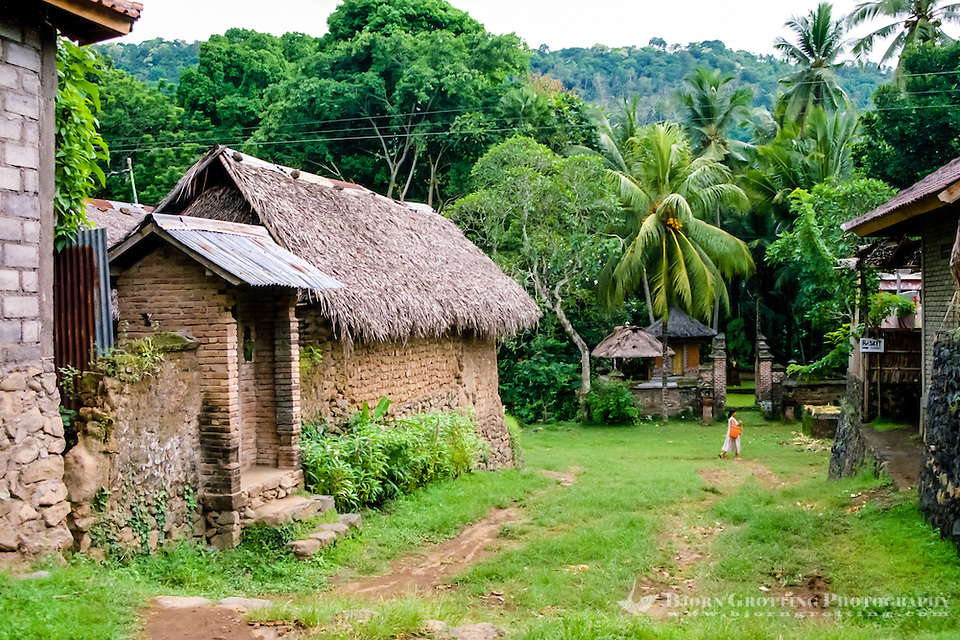 Other products you can by here are the so called Lontar books, made from the leaves of the Lontar palm. The books contain artistic drawings and poems from Hindu epics, it can take a month to produce one book with only five pages.