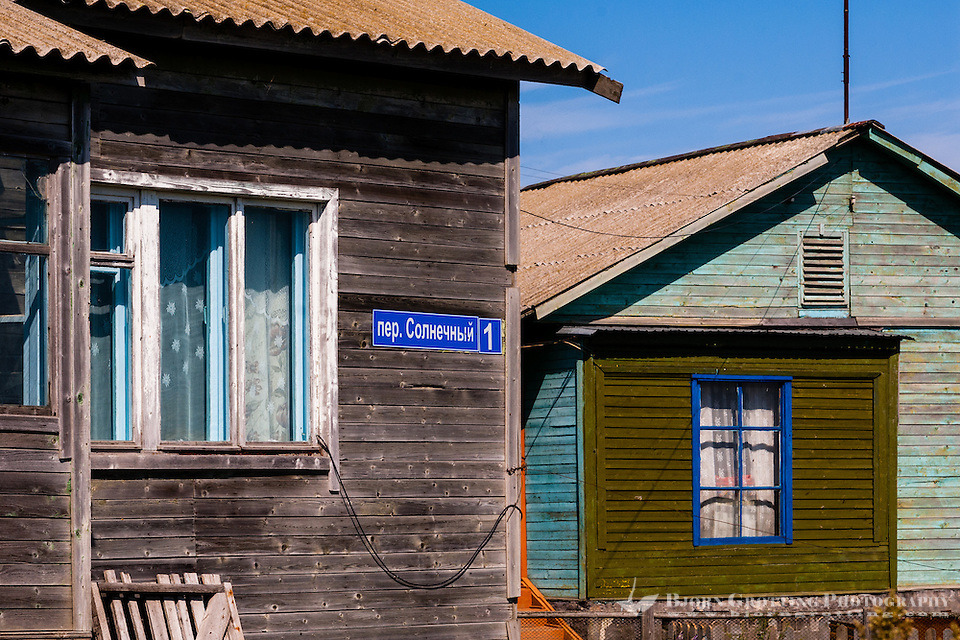 Russia, Sakhalin. Okhotskoye is a small village at the south east coast of Sakhalin, not far from Yuzhno-Sakhalinsk. Residential buildings are mostly made of wood. (Photo Bjorn Grotting) 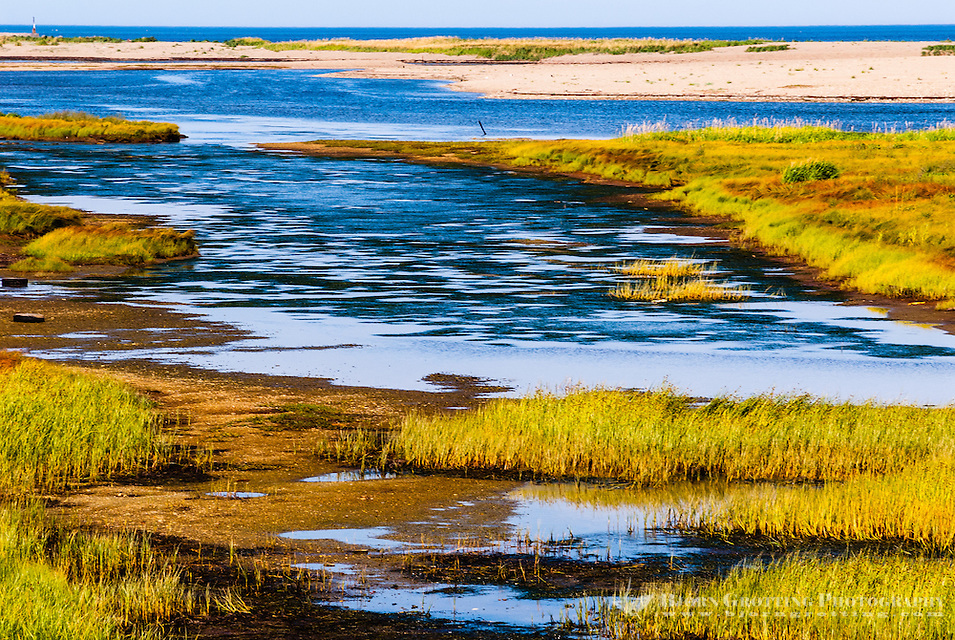 Russia, Sakhalin. Okhotskoye is a small village at the south east coast of Sakhalin, not far from Yuzhno-Sakhalinsk. (Photo Bjorn Grotting) 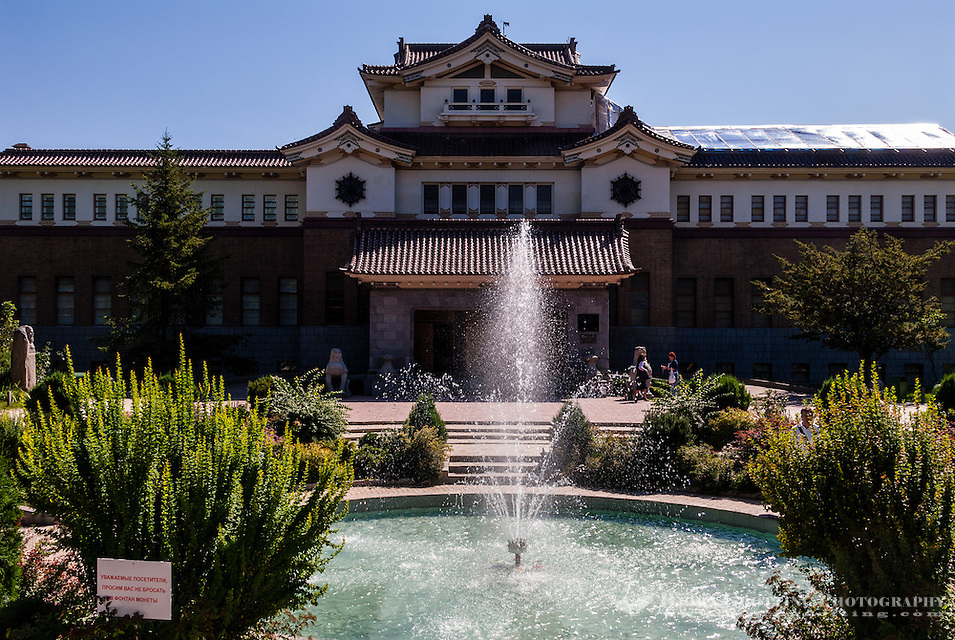 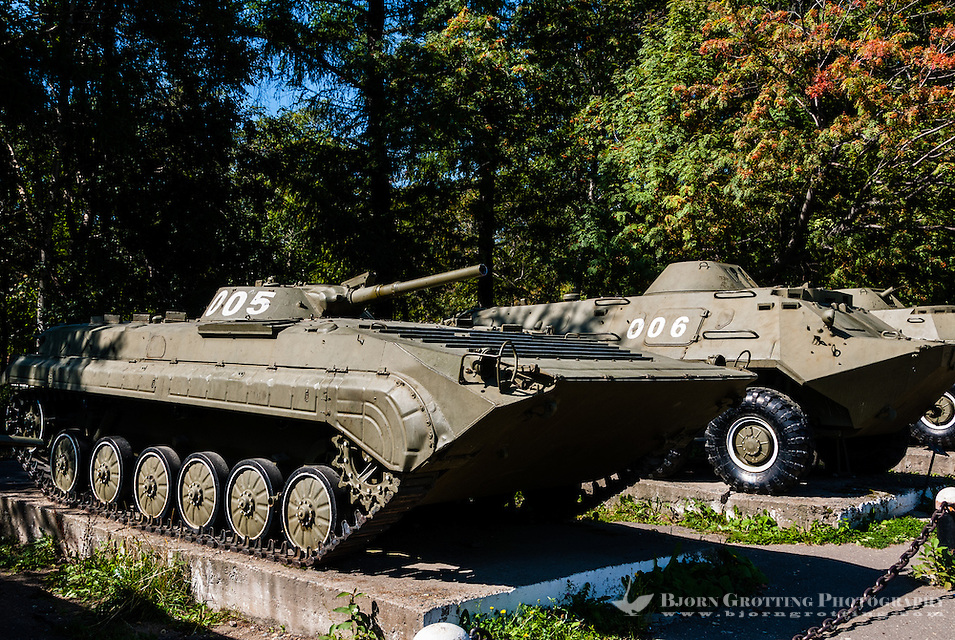 Sakhalin and the four neighbouring islands are still disputed, and no final peace treaty has been signed. 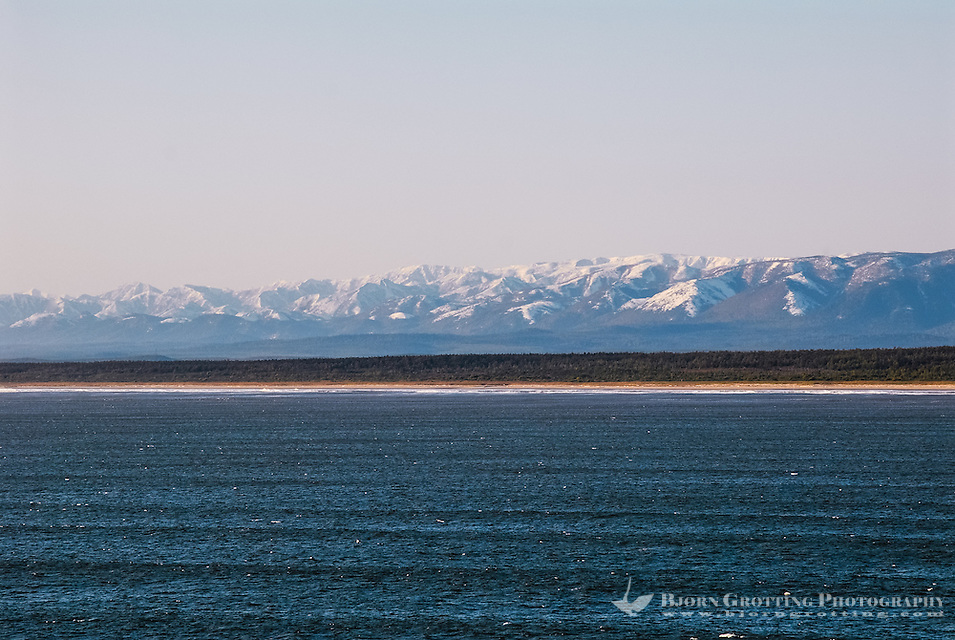 Sakhalin is separated from the mainland by the Strait of Tartary, which is only 4–20 m deep, and 7.3 km wide at the narrowest point. Nearly two-thirds of Sakhalin is mountainous, and much of the interior is covered by coniferous forests. Mount Lopatin (1,609 m) is the island’s highest mountain. 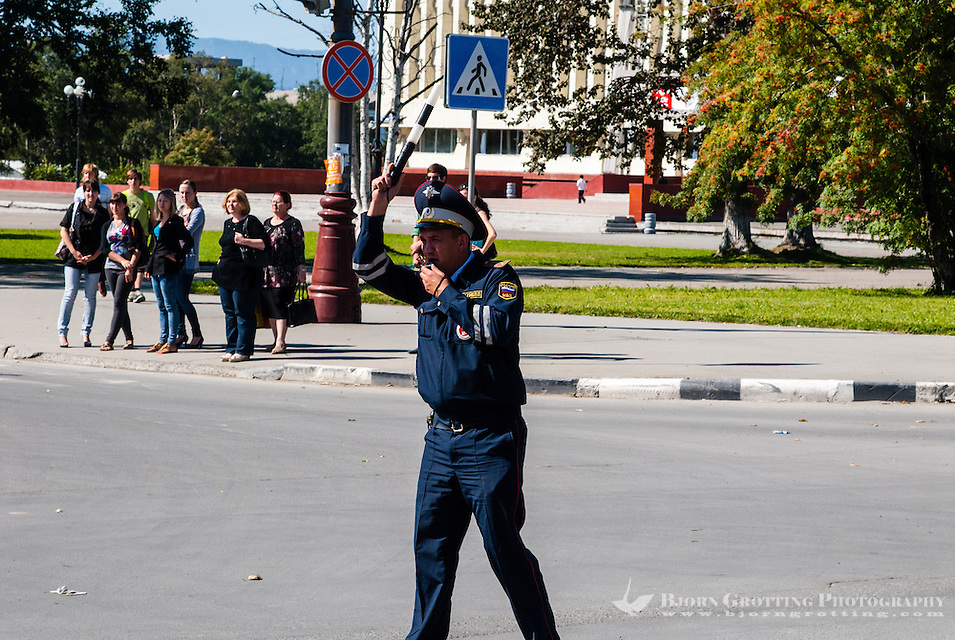 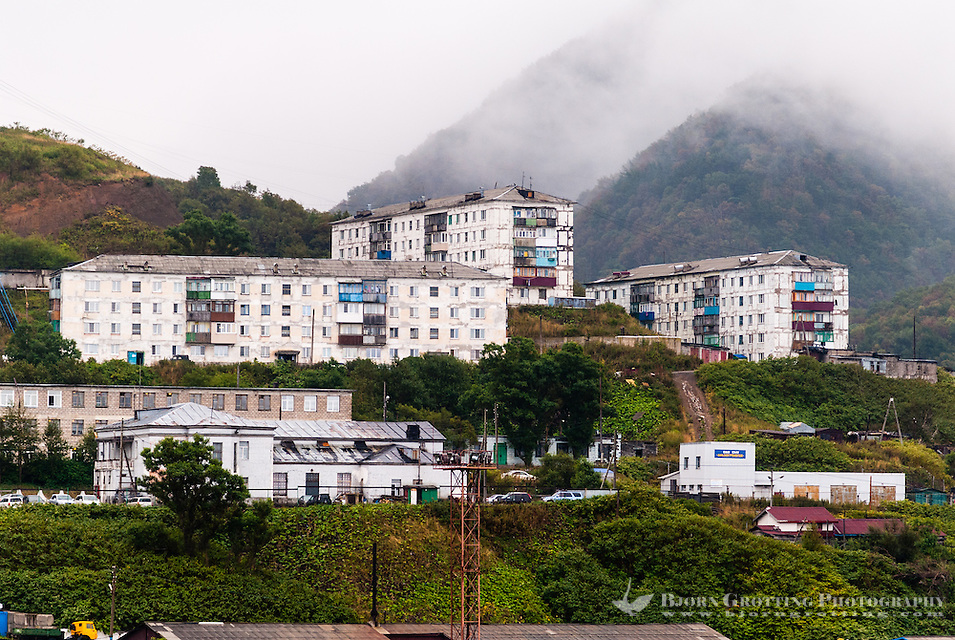 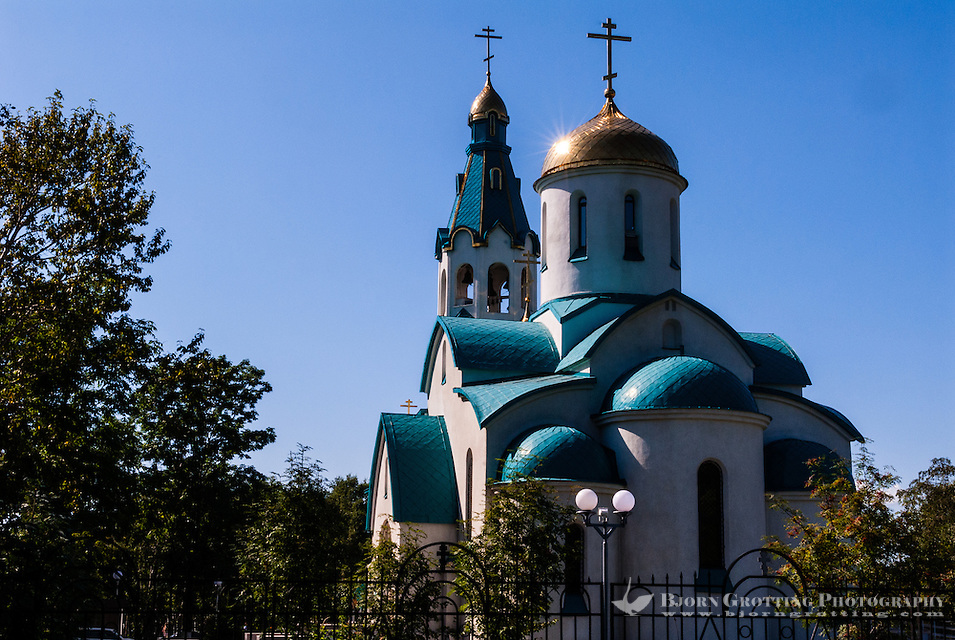 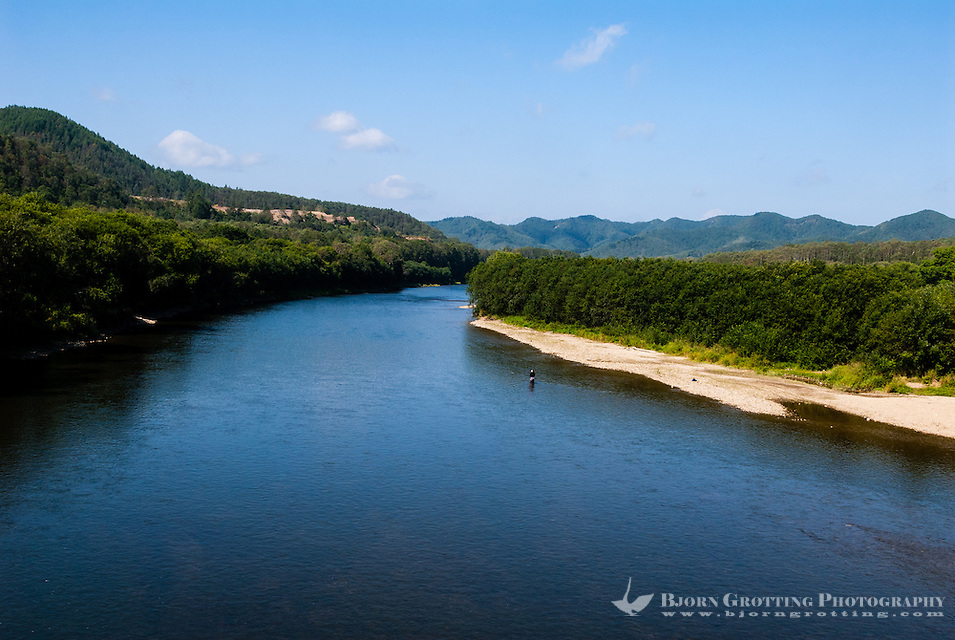 Russia, Sakhalin, Anivskiy. View from the road between Yuzhno-Sakhalinsk and Kholmsk. The road follows and crosses the Lyutoga River at several spots. (Photo Bjorn Grotting) 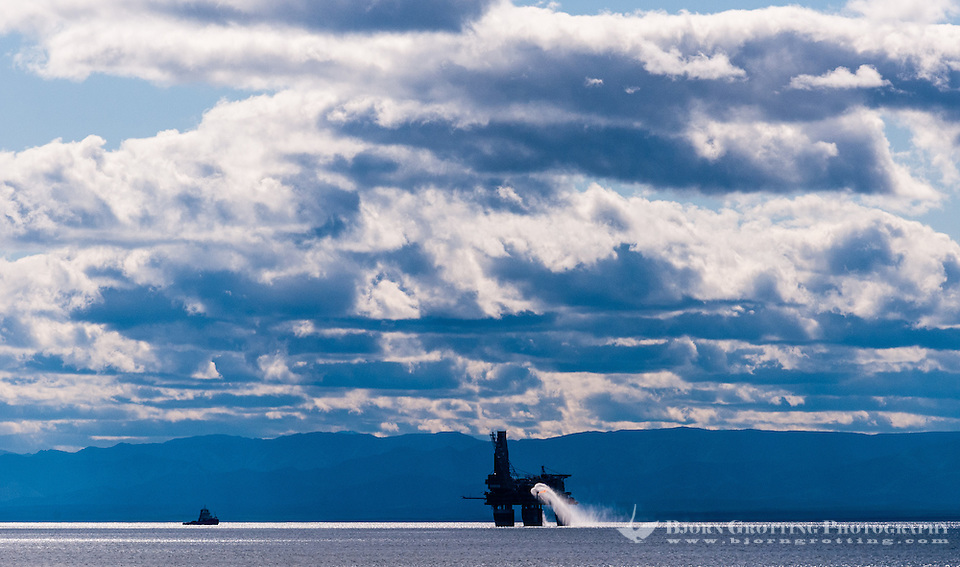