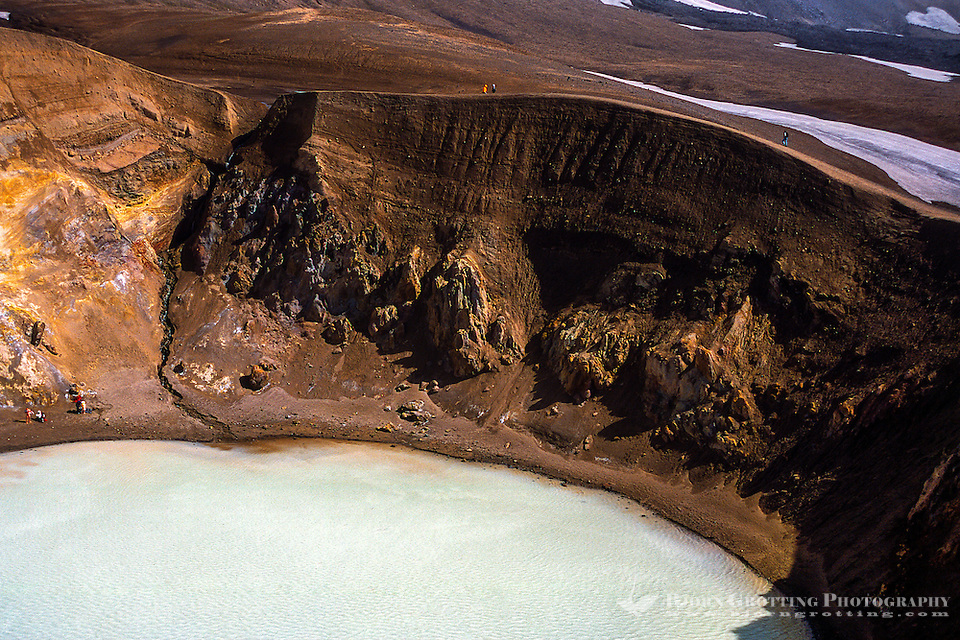 The Mars rovers has found compelling evidence of a warmer and wetter time on Mars billions of years ago. The above image may illustrate how it may have looked like at some moment in the past, with small scattered lakes and ice. But hey, this cant be on Mars you say? We can clearly see two human figures on the crater edge, and we certainly have not landed on Mars yet?

You are right, this crater is firmly placed on mother earth, more precisely at Askja on Iceland. But you have to admit it looks somewhat alien. When I took another look it clearly reminded me of an image I had seen a while ago from Mars, and a quick search came up with this photo from the amazing Mars Express orbiter: 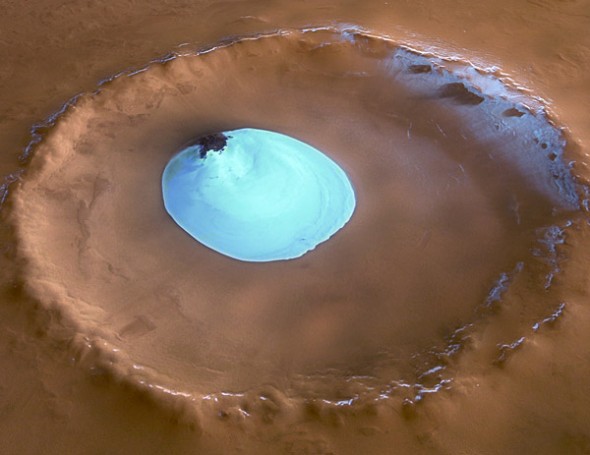 The HRSC on ESA’s Mars Express obtained this perspective view on 2 February 2005 during orbit 1343 with a ground resolution of approximately 15 metres per pixel.
It shows an unnamed impact crater located on Vastitas Borealis, a broad plain that covers much of Mars’s far northern latitudes, at approximately 70.5° North and 103° East.

The crater is 35 kilometres wide and has a maximum depth of approximately 2 kilometres beneath the crater rim. The circular patch of bright material located at the centre of the crater is residual water ice.

The colours are very close to natural, but the vertical relief is exaggerated three times. The view is looking east.
You may find the original image here.

Of course there are major differences, like Viti is a volcanic crater while the one on Mars is an impact crater. And of course the size is vastly different, but still… 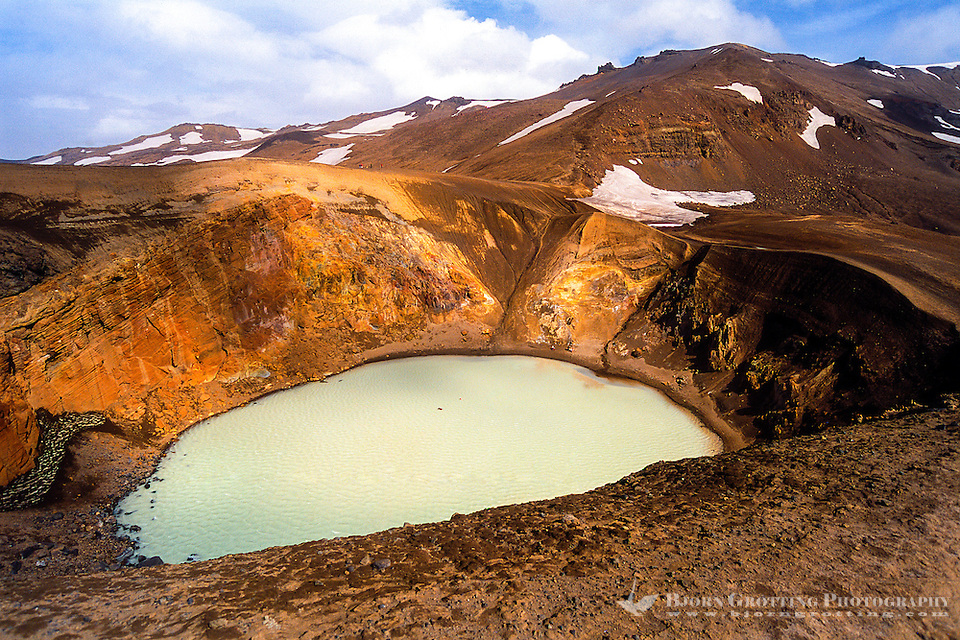