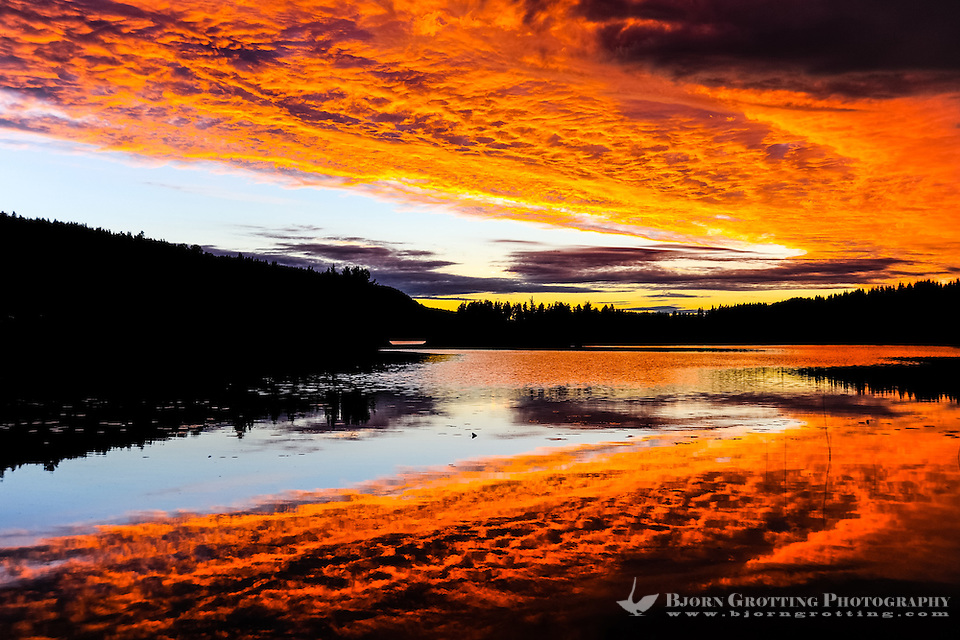 Sweden, Värmland. Fire in the sky. Colourful sunset at a small lake in Värmland, not far from the Norwegian border. (Photo Bjorn Grotting)

Värmland is maybe one of the most scenic landscapes in Sweden, and has inspired painters, writers and musicians for centuries, like Nobel Prize winner Selma Lagerlöf, many of her novels take place in Värmland. Värmland is both the name of a landscape and county. Landscapes no longer serve any administrative functions in Sweden, but often has the same borders as a county.

The county has 10512 lakes, including Lake Vänern which is the largest inland lake in Western Europe. Other large lakes are Fryken, Glafsfjorden and Värmeln. The Klarälven river is very important, 460km long from it’s sources in Norway, ending in Lake Vänern.

Värmland has a common border with Norway to the west, and Oslo is just 100km away, while Stockholm is 250km away from the county’s eastern borders. It’s largest town is Karlstad with around 85 000 inhabitants.

Beeing a close neighbour to Norway has had a strong influence on the early history here, beeing heavily affected every time there was a war between Sweden and Norway. The latest war in 1814 saw heavy losses among soldiers from Värmland. During the German occupation of Norway during World War II heavy fortifications were constructed along the border. 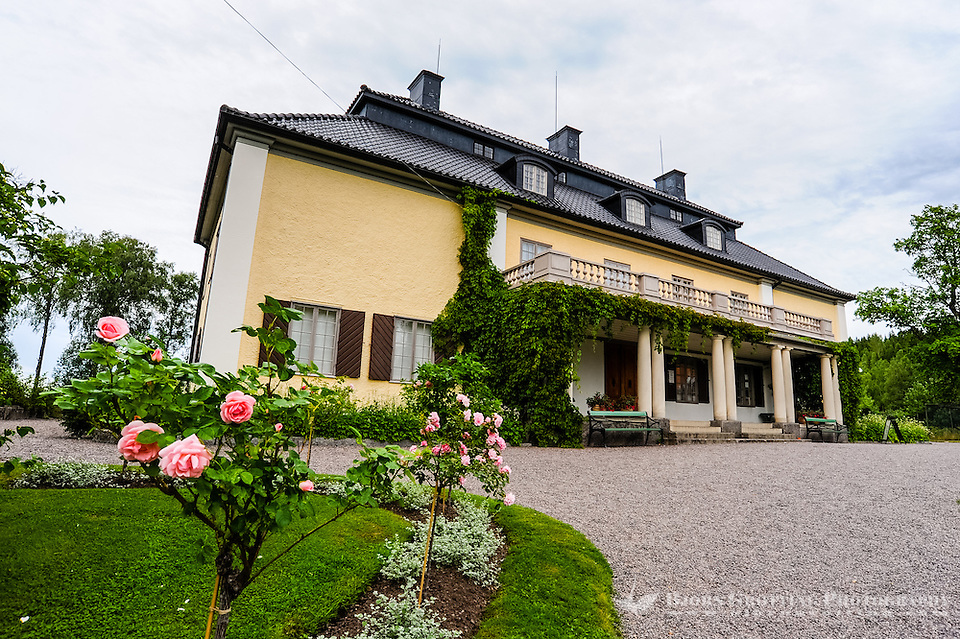 Selma Ottilia Lovisa Lagerlöf was born and raised at Mårbacka in Sunne municipality. She was the first female writer to win the Nobel Prize in Literature, among the most famous of her books are the children’s book Nils Holgerssons underbara resa genom Sverige (The Wonderful Adventures of Nils). 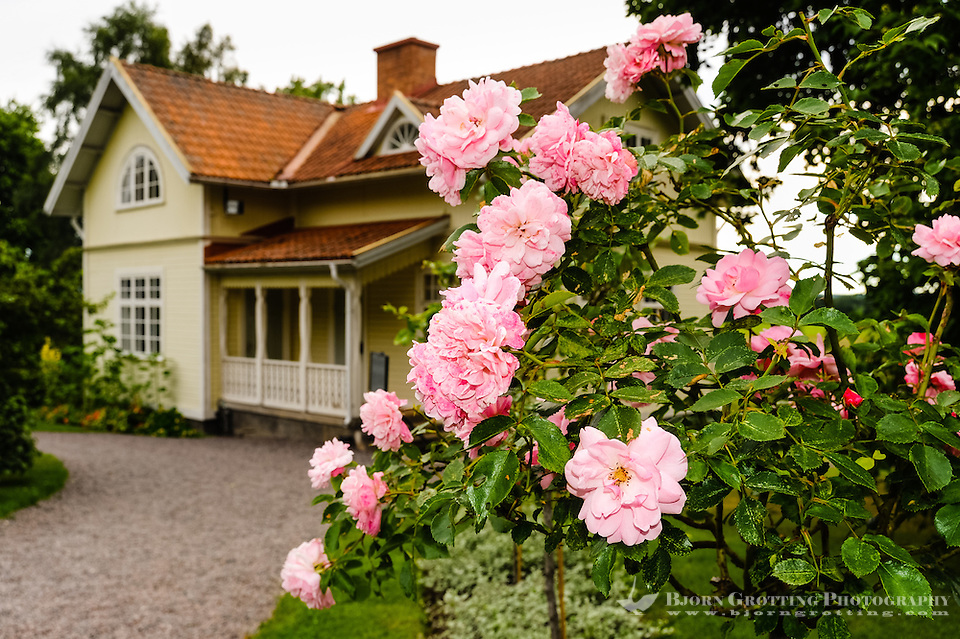 The family lost ownership of Mårbacka in 1889, but Selma bought back the main building in 1907. In 1910 she bought back the whole estate using the prize money she received from the Nobel Prize. Her restoration of the buildings did not keep much of the old appearance, looking more like a large mansion. Today Mårbacka is a museum. 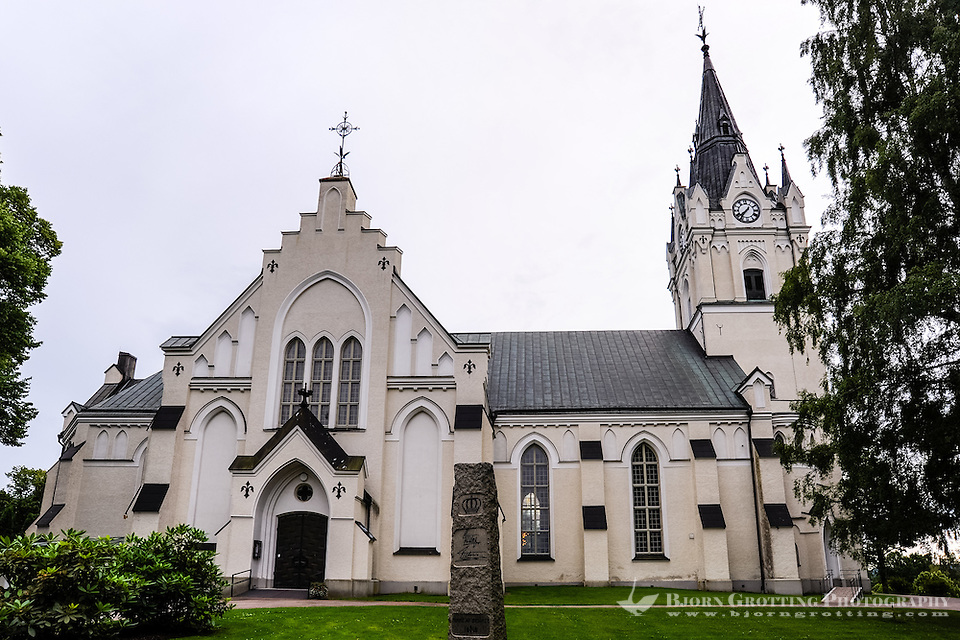 Göran Tunström was another author who grew up in Sunne. The Christmas Oratorio is maybe his most famous novel. Sunne plays an important role in his works, and his grave can today be seen outside Sunne Church.

There are not any very high mountains here, even if the western part of Värmland is in the Scandinavian mountain range. The highest elevations are found in the northern parts, with mountain plateaus of 500–700 meters. The highest mountain top is the Granberget at Höljes at 701 meters, offering a great view of the Värmland landscape.