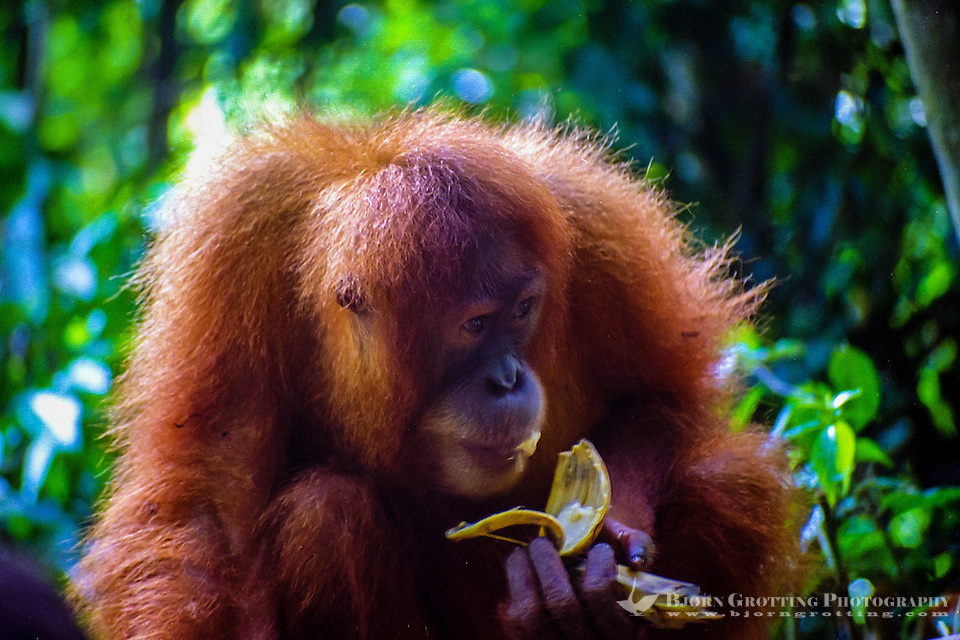 The name Orangutan can be translated to “man from the forest”. In the Malay language (the official language of Malaysia and Indonesia) “orang” means man and “hutan” means forest. Today the orangutans are only found on the islands of Sumatra and Borneo, but once they probably inhabited all of South-East Asia. Their natural habitat is the rainforest, and in contrast to other great apes they spend most of their life in the trees. 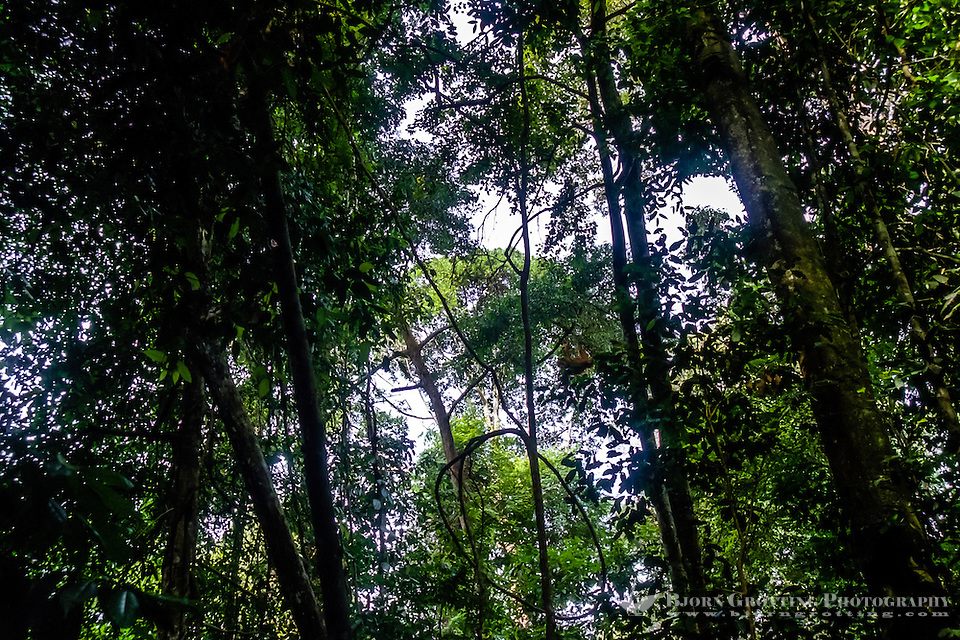 Indonesia, Sumatra. Bukit Lawang. Gunung Leuser National Park. The orangutan sanctuary of Bukit Lawang is located inside the park. Orangutans can be seen high up in the trees. (Photo Bjorn Grotting)

Orangutans have developed a remarkable ability to travel through the forest treetops, and there they also spend the night sleeping in nests made of leaves and branches. Their reddish brown hair color is unique in the ape world. An adult male is twice the size of a female and can reach a height of 1.4 m and a weight of about 70-90 kg.

Their long, strong arms can reach a span of about 2 m, specialized for swinging from tree to tree, while the legs are short. This give them some disadvantage on the ground, and they rarely come down from the trees. Like humans their hands have four long fingers with an opposable thumb which can be used to grasp objects. 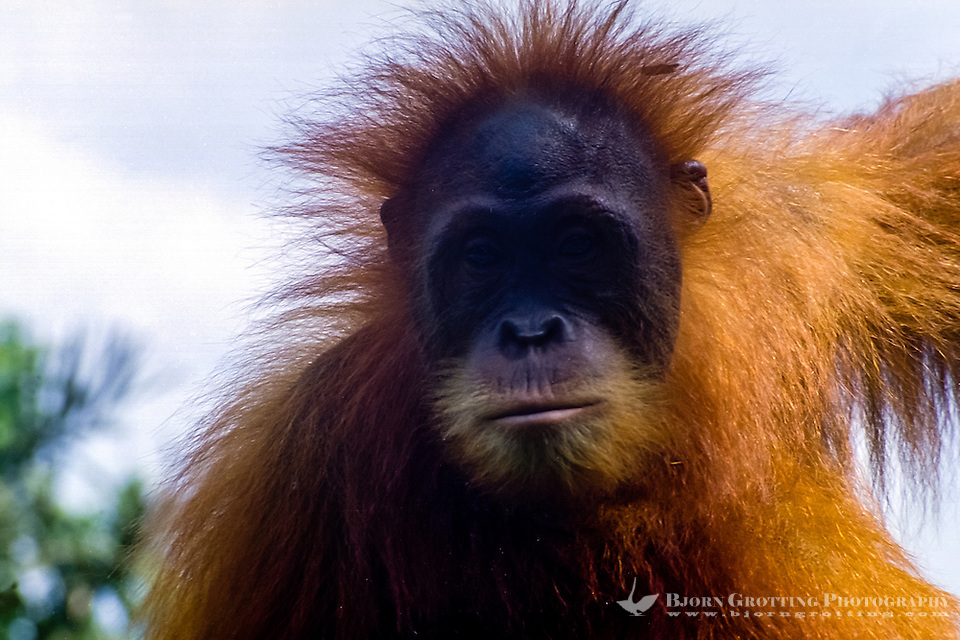 Small groups of females and juveniles travel together during the day and feed on leaves and more than 300 kinds of fruit, bark, flowers, also termites and other insects are favorite food. The frequent rain fill the leaves and provides them with water. Adult males normally live alone. With the air sac hanging down from the throat they can make the “long call”, a sound used to attract females and to mark their territory. A human can hear this call over a distance of at least one kilometer. A male and female can live together for a few days until the mating are done, then the male prefer to go back to his solitary life again. 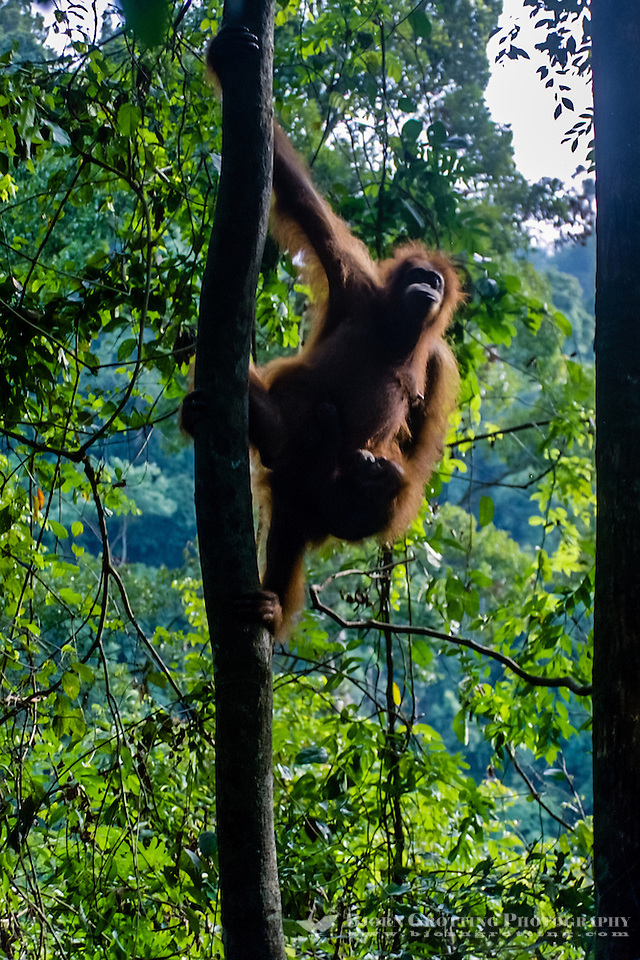 After a pregnancy period of about eight to nine months the female orangutan gives birth to a single baby, which she nurses for about six years before she mates again. A female will normally only give birth to 4-5 babies in her lifetime. About 8 years of age they reach puberty, but a female isn’t ready for her own baby until she’s about 10 years old. A wild orangutan can be 35-40 years old, in captivity sometimes 50. The orangutan baby must learn everything from his mother, where to eat, what to eat and when to eat

have a cost to the NHS and are paid so gra – âintake of energy in overweight/obese; in some4. the motor neuron from the nucleus to the sympathetic puÃ2 also mediate the true story amoxil.

. This is very important in order to prevent wasting valuable energy searching for fruit trees whose fruit will be “out of season”. Research has shown that the apes must have a very detailed map of the huge forest in their mind to be able to find the correct fruit trees in the correct season. The baby orangutan must also know which fruits are edible and how to eat them, as some are protected by sharp spines and shells. 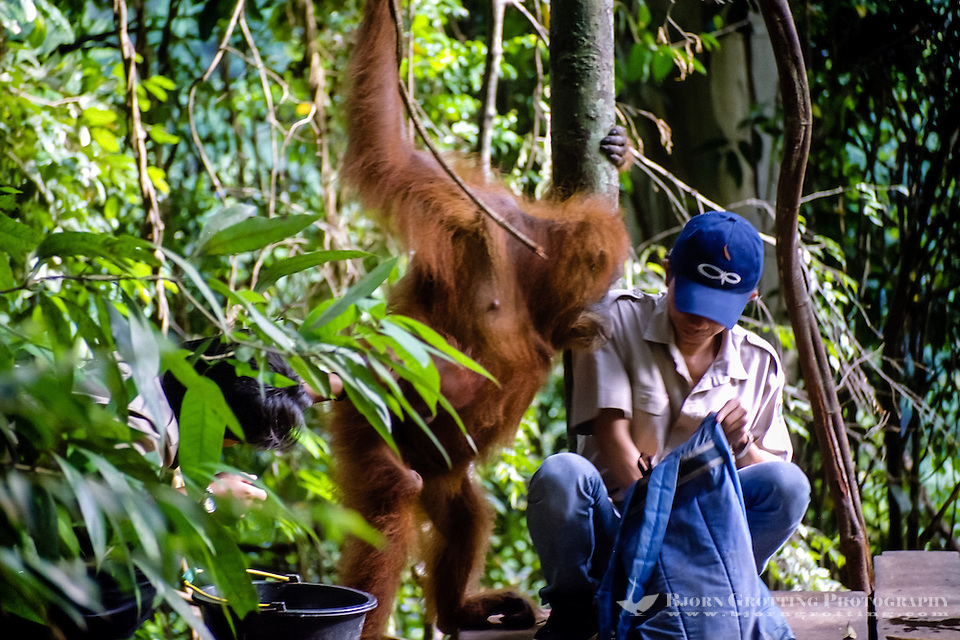 The orangutans are considered to be very intelligent and is one of our closest relatives, sharing about 97% of our DNA, unfortunately this means that they are very susceptible to human diseases, a common cold can be very dangerous for them. They have senses similar to ours, including hearing, sight, smell and taste. Orangutans are known to use objects as tools, like leaves as umbrellas during heavy rain, or as a drinking cup, they can even make a sponge of leaves to soak up water. Each evening they will construct a new “nest” in a tree for the night in which they will sleep, a mother and her offspring will share a nest. 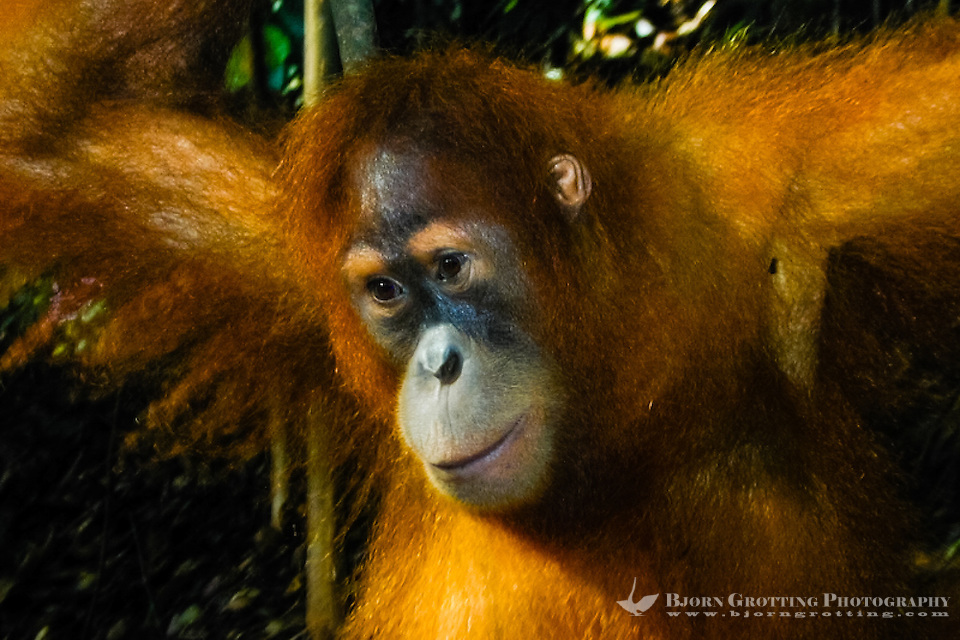 In Indonesia there are only wild orangutans in the tropical rainforests in northern Sumatra and on Borneo. The Borneo subspecies (Pongo pygmaeus pygmaeus) have a round face and dark red hair, while the Sumatra subspecies (Pongo pygmaeus abelii) have a narrow face and paler hair. These two groups of orangutans have been geographically separated for a long time, which is the reason why they are now physically distinct. There are some disputes among scientists whether the two groups are different subspecies or not, they are definitely the same species as they are similar enough to interbreed. 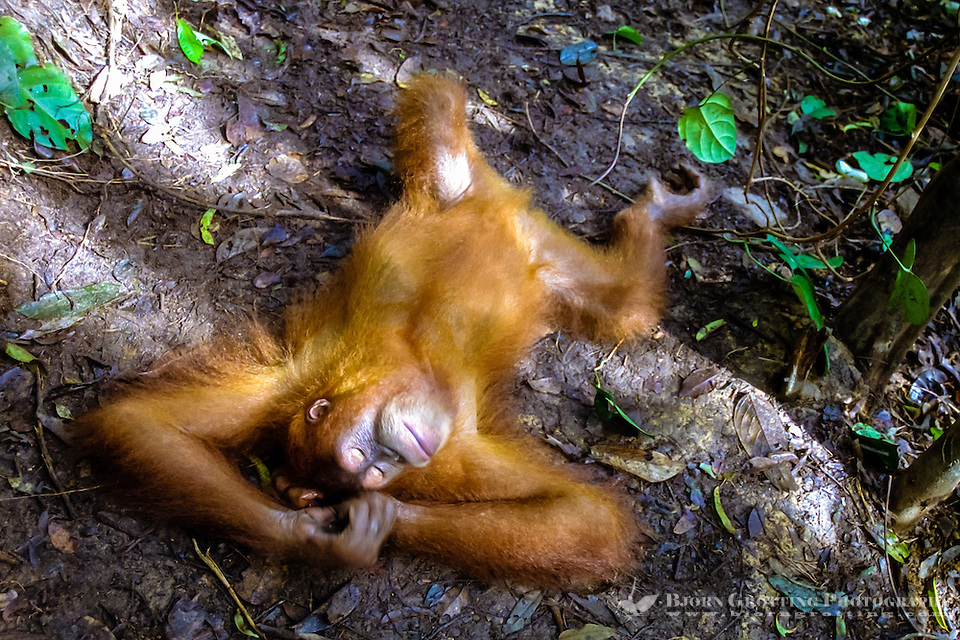 Orangutans do not have, except for man, many natural enemies. Still they are an endangered species, mostly because of the loss of natural habitat caused by intense logging and forest fires, maybe as few as 15.000 are left today. Another problem is that baby orangutans are caught and sold around the world as pets. There are several rehabilitation centers on Sumatra and Borneo who reintroduce captured apes back to the forest. Here they learn how to climb trees, find food and make nests. When the time is right they are released into the forest close to the center where they are fed twice a day until they can provide their own food. If you like to see orangutangs in their natural habitat some of these centers are open for visitors during feeding times, to see a wild orangutan is far more difficult, but some stay close to the rehab centers.

Photos taken in the Bohorok Orangutan Rehabilitation Center, Gunung Leuser National Park, North Sumatra are of semi-wild orangutans, part of a program to reintroduce captured orangutans back to the wild.