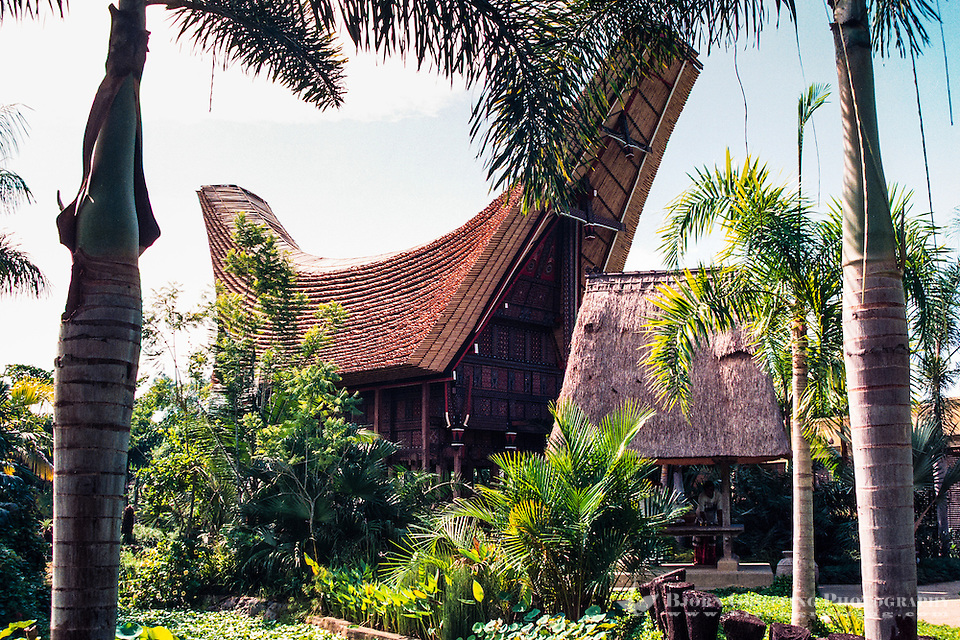 One minority group that has been successful in gaining national and international attention is the Toraja of central Sulawesi. This group’s prominence, beginning in the 1980s, was due largely to the tourist industry, which was attracted to the region because of its picturesque villages and its spectacular mortuary rites involving the slaughter of water buffalo.

Inhabiting the wet, rugged mountains of the interior of Sulawesi, the Toraja grow rice for subsistence and coffee for cash. Traditionally, they live in fortified hilltop villages with from two to forty picturesque houses with large sweeping roofs that resemble buffalo horns. Up until the late 1980s, these villages were politically and economically self-sufficient, partly as protection against the depredations of the slave trade and partly as a result of intervillage feuding associated with headhunting.

The Toraja have strong emotional, economic, and political ties to a number of different kinds of corporate groups. The most basic tie is the rarabuku, which might be translated as family. Toraja view these groups as relations of “blood and bone,” that is, relations between parents and children–the nuclear family. Since Toraja reckon kinship bilaterally, through both the mother and father, the possibilities for extending the concept of rarabuku in several different directions are many. Another important kind of group with which Toraja have close affiliations is the tongkonan (ancestral house), which contrasts with banua (ordinary house). Tongkonan as social units consist of a group of people who reckon descent from an original ancestor. The physical structures of tongkonan are periodically renewed by replacing their distinctively shaped roofs. This ritual is attended by members of the social group and accompanied by trance-like dances in which the spirits are asked to visit. A third important kind of affiliation is the saroan, or village work group. These groups were probably originally agricultural work groups based in a particular hamlet. Beginning as labor and credit exchanges, saroan have since evolved into units of cooperation in ritual activities as well. When sacrifices and funerals take place, these groups exchange meat and other foods.

The flexibility of these affiliations is partly responsible for the intensity of the mortuary performances. Because there is some ambiguity about one’s affiliation (that is, one’s claims to descent are not only based on blood relationships but also on social recognition of the relationship through public acts), Toraja people may attempt to prove the importance of a relationship through elaborate contributions to a funeral, which provides an opportunity to prove not only a person’s devotion to a deceased parent, but also a person’s claim to a share of that parent’s land. The amount of land an individual inherits from the deceased might depend on the number of buffalo sacrificed at a parent’s funeral. Sometimes people even pawn land to get buffalo to kill at a funeral so that they can claim the land of the deceased. Thus, feasting at funerals is highly competitive. 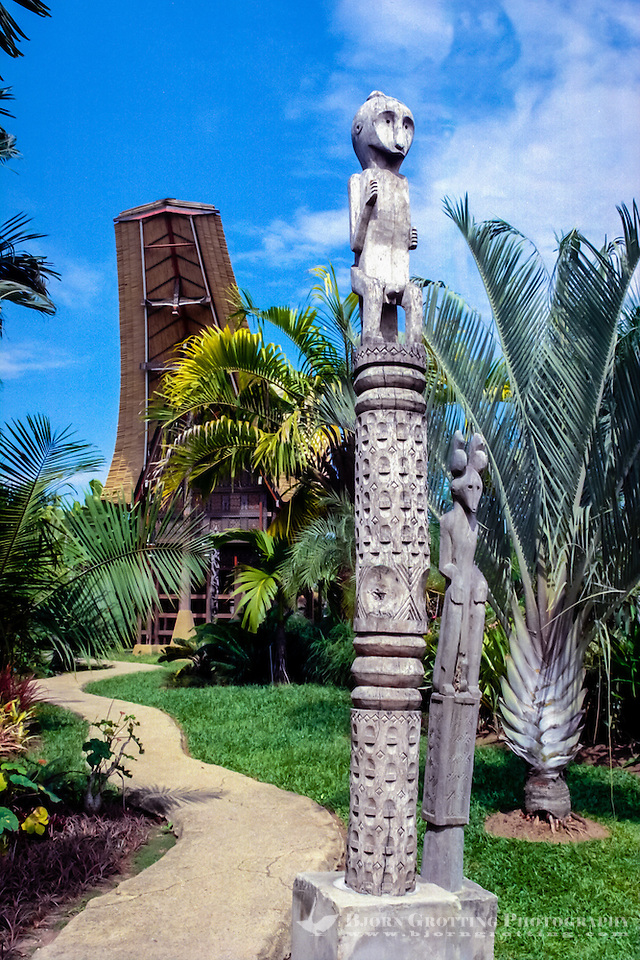 The Toraja have two main kinds of rituals. Those of the east– known as rites of the rising sun and the rising smoke–are concerned with planting fertility and abundance. Following the rice harvest are rituals of the west centering on the setting sun, consisting primarily of funerals. Both involve the sacrifice of water buffalo, pigs, and chickens as offerings to the ancestors, and a complex distribution of the meat among the living. Through the distribution of meat, an elaborate network of debts and obligations is established and passed to succeeding generations.

With the oil boom in the 1960s and 1970s, there were massive outmigrations among upland Sulawesi young men looking for jobs in northeastern Kalimantan. During this period, many of these youths became Christians. But when they returned to their villages as wealthy men, they often wanted to hold large status displays in the form of funerals, causing what anthropologist Toby Alice Volkman calls “ritual inflation.” These displays provoked intense debates about the authenticity of what some regarded as rituals of the nouveau riche. During this same period, however, Indonesia promoted a policy that encouraged the development of the non-oil-related sectors of the economy. Part of this policy involved the development of the tourist trade, and following coverage by the American media, waves of foreigners came to see the carnage of buffalo slaughter. These numbers swelled in the early 1990s. Because of the successful efforts of highly placed Toraja officials in the central government, their feasting practices were granted official status as a branch of Balinese Hinduism.

Tana Toraja is located in the Northern part of the South Sulawesi Province. Situated between Latimojong Mountain range and Mount Reute Kambola. The arible Toraja consists of three groups. The Eastern around lake Poso, Western Toraja living around the Palu river and Kalawi in Centre Sulawesi. The Specific architecture of Torajan house has its own architecture form. Torajan house are shaped like a bout and the two ends are shaped like the bow.

Torajan house is a compound buildings consist of traditional houses (Tongkonan) and rice storage buildings (Lumbung). The building are sculpted with ornaments of various shapes. The ornament is painted with traditional colour dominated with the black and red colour. All of them create the aesthetic value of the building of Torajan houses.