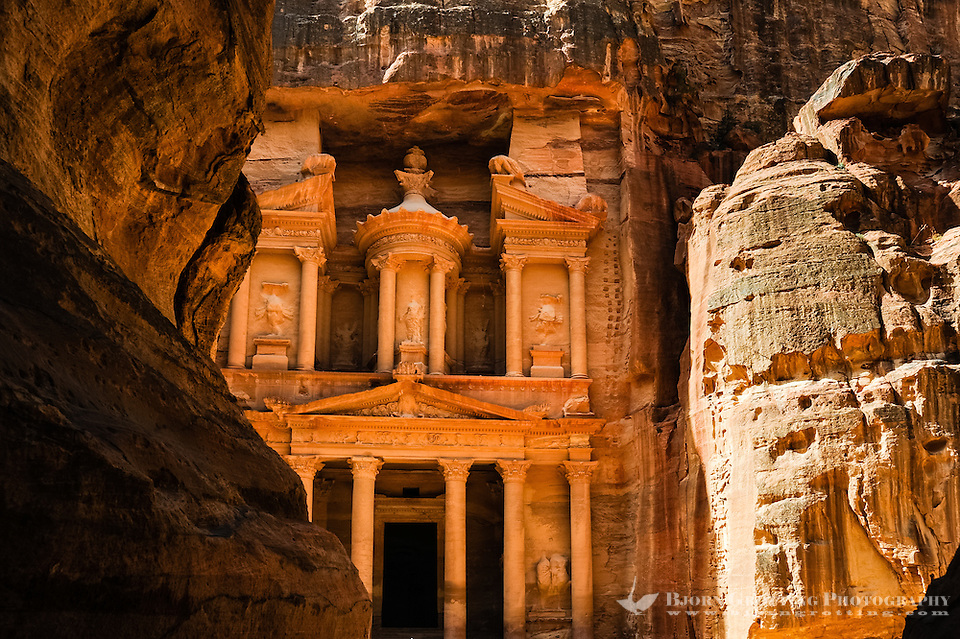 Petra is Jordan’s most visited tourist attraction. Al Khazneh, The Treasury, seen from the end of the gorge. (Photo Bjorn Grotting)

Petra became an UNESCO World Heritage Site in 1985. Also known as the “rose red city, half as old as time”, it is not difficult to understand why it has become Jordan’s largest tourist attraction. Some say this is partly because of Steven Spielberg’s movie “Indiana Jones and the Last Crusade” from 1986, but no doubt this site would could have become famous anyway sooner or later. It was also chosen as one of the controversial “New Seven Wonders of the World” in 2007.