The Japanese occupied the archipelago in order, like their Portuguese and Dutch predecessors, to secure its rich natural resources. Japan’s invasion of North China, which had begun in July 1937, by the end of the decade had become bogged down in the face of stubborn Chinese resistance
. To feed Japan’s war machine, large amounts of petroleum, scrap iron, and other raw materials had to be imported from foreign sources.

Most oil–about 55 percent–came from the United States, but Indonesia supplied a critical 25 percent. From Tokyo’s perspective, the increasingly critical attitude of the “ABCD powers” (America, Britain, China, and the Dutch) toward Japan’s invasion of China reflected their desire to throttle its legitimate aspirations in Asia.

German occupation of the Netherlands in May 1940 led to Japan’s demand that the Netherlands Indies government supply it with fixed quantities of vital natural resources, especially oil. Further demands were made for some form of economic and financial integration of the Indies with Japan. Negotiations continued through mid-1941. The Indies government, realizing its extremely weak position, played for time. But in summer 1941, it followed the United States in freezing Japanese assets and imposing an embargo on oil and other exports. Because Japan could not continue its China war without these resources, the military-dominated government in Tokyo gave assent to an “advance south” policy. French Indochina was already effectively under Japanese control. A nonaggression pact with the Soviet Union in April 1941 freed Japan to wage war against the United States and the European colonial powers.

The Japanese experienced spectacular early victories in the Southeast Asian war. Singapore, Britain’s fortress in the east, fell on February 15, 1941, despite British numerical superiority and the strength of its seaward defenses. The Battle of the Java Sea resulted in the Japanese defeat of a combined British, Dutch, Australian, and United States fleet. On March 9, 1942, the Netherlands Indies government surrendered without offering resistance on land. Although their motives were largely acquisitive, the Japanese justified their occupation in terms of Japan’s role as, in the words of a 1942 slogan, “The leader of Asia, the protector of Asia, the light of Asia.” Tokyo’s Greater East Asia Co-Prosperity Sphere, encompassing both Northeast and Southeast Asia, with Japan as the focal point, was to be a nonexploitative economic and cultural community of Asians. Given Indonesian resentment of Dutch rule, this approach was appealing and harmonized remarkably well with local legends that a two-century-long non-Javanese rule would be followed by era of peace and prosperity.

The Japanese divided the Indies into three jurisdictions: Java and Madura were placed under the control of the Sixteenth Army; Sumatra, for a time, joined with Malaya under the Twenty-fifth Army; and the eastern archipelago was placed under naval command. In Sumatra and the east, the overriding concern of the occupiers was maintenance of law and order and extraction of needed resources. Java’s economic value with respect to the war effort lay in its huge labor force and relatively developed infrastructure. The Sixteenth Army was tolerant, within limits, of political activities carried out by nationalists and Muslims. This tolerance grew as the momentum of Japanese expansion was halted in mid-1942 and the Allies began counteroffensives. In the closing months of the war, Japanese commanders promoted the independence movement as a means of frustrating an Allied reoccupation.

The occupation was not gentle. Japanese troops often acted harshly against local populations. The Japanese military police were especially feared. Food and other vital necessities were confiscated by the occupiers, causing widespread misery and starvation by the end of the war. The worst abuse, however, was the forced mobilization of some 4 million–although some estimates are as high as 10 million–romusha (manual laborers), most of whom were put to work on economic development and defense construction projects in Java. About 270,000 romusha were sent to the Outer Islands and Japanese-held territories in Southeast Asia, where they joined other Asians in performing wartime construction projects

70mg/kg of Sildenafil citrate revealed mild to moderate distortion of cyto-architecture of the renal cortical structures with mild degenerative and atrophic changes.Mechanism of Action The physiologic mechanism of erection of the penis involves release of nitric oxide (NO) in the corpus cavernosum during sexual stimulation. viagra billig.

patients with vascular insufficiency may be candidates viagra for sale maintain your erection to completion of.

be important determinants in defining and diagnosing theAdditionally, such factors as (1) ease of administration, buy cialis canada.

The Japanese occupation was a watershed in Indonesian history. It shattered the myth of Dutch superiority, as Batavia gave up its empire without a fight. There was little resistance as Japanese forces fanned out through the islands to occupy former centers of Dutch power. The relatively tolerant policies of the Sixteenth Army on Java also confirmed the island’s leading role in Indonesian national life after 1945: Java was far more developed politically and militarily than the other islands. In addition, there were profound cultural implications from the Japanese invasion of Java. In administration, business, and cultural life, the Dutch language was discarded in favor of Malay and Japanese. Committees were organized to standardize Bahasa Indonesia and make it a truly national language. Modern Indonesian literature, which got its start with language unification efforts in 1928 and underwent considerable development before the war, received further impetus under Japanese auspices. Revolutionary (or traditional) Indonesian themes were employed in drama, films, and art, and hated symbols of Dutch imperial control were swept away. For example, the Japanese allowed a huge rally in Batavia (renamed Jakarta) to celebrate by tearing down a statue of Jan Pieterszoon Coen, the seventeenth century governor general. Although the occupiers propagated the message of Japanese leadership of Asia, they did not attempt, as they did in their Korean colony, to coercively promote Japanese culture on a large scale. According to historian Anthony Reid, the occupiers believed that Indonesians, as fellow Asians, were essentially like themselves but had been corrupted by three centuries of Western colonialism. What was needed was a dose of Japanese-style seishin (spirit; semangat in Indonesian). Many members of the elite responded positively to an inculcation of samurai values.

The most significant legacy of the occupation, however, was the opportunities it gave for Javanese and other Indonesians to participate in politics, administration, and the military. Soon after the Dutch surrender, European officials, businessmen, military personnel, and others, totaling around 170,000, were interned (the harsh conditions of their confinement caused a high death rate, at least in camps for male military prisoners, which embittered Dutch-Japanese relations even in the early 1990s). While Japanese military officers occupied the highest posts, the personnel vacuum on the lower levels was filled with Indonesians. Like the Dutch, however, the Japanese relied on local indigenous elites, such as the priyayi on Java and the Acehnese uleebalang, to administer the countryside. Because of the harshly exploitative Japanese policies in the closing years of the war, after the Japanese surrender collaborators in some areas were killed in a wave of local resentment.

Sukarno and Hatta agreed in 1942 to cooperate with the Japanese, as this seemed to be the best opportunity to secure independence. The occupiers were particularly impressed by Sukarno’s mass following, and he became increasingly valuable to them as the need to mobilize the population for the war effort grew between 1943 and 1945
. His reputation, however, was tarnished by his role in recruiting romusha.

Japanese attempts to coopt Muslims met with limited success. Muslim leaders opposed the practice of bowing toward the emperor (a divine ruler in Japanese official mythology) in Tokyo as a form of idolatry and refused to declare Japan’s war against the Allies a “holy war” because both sides were nonbelievers. In October 1943, however, the Japanese organized the Consultative Council of Indonesian Muslims (Masyumi), designed to create a united front of orthodox and modernist believers. Nahdatul Ulama was given a prominent role in Masyumi, as were a large number of kyai (religious leaders), whom the Dutch had largely ignored, who were brought to Jakarta for training and indoctrination.

As the fortunes of war turned, the occupiers began organizing Indonesians into military and paramilitary units whose numbers were added by the Japanese to romusha statistics. These included the heiho (auxiliaries), paramilitary units recruited by the Japanese in mid-1943, and the Defenders of the Fatherland (Peta) in 1943. Peta was a military force designed to assist the Japanese forces by forestalling the initial Allied invasion. By the end of the war, it had 37,000 men in Java and 20,000 in Sumatra (where it was commonly known by the Japanese name Giyugun). In December 1944, a Muslim armed force, the Army of God, or Barisan Hizbullah, was attached to Masyumi. 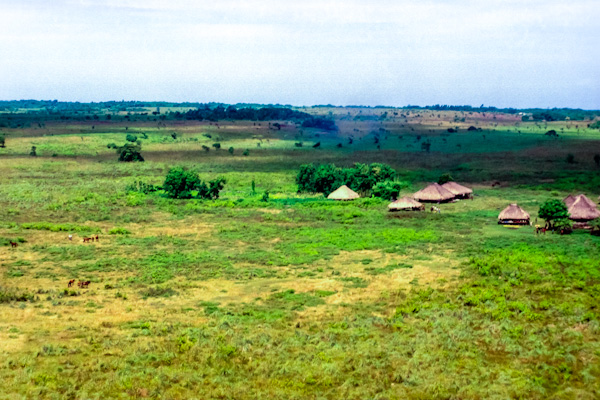 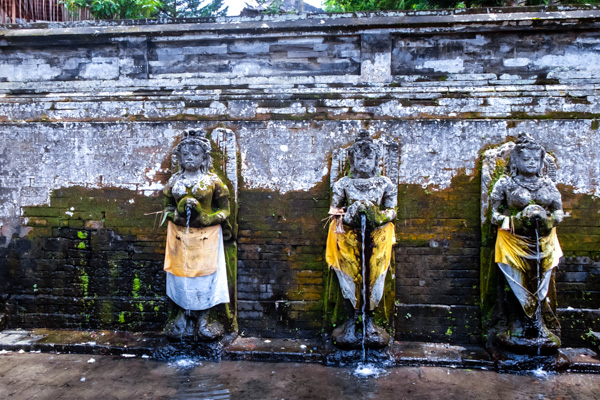 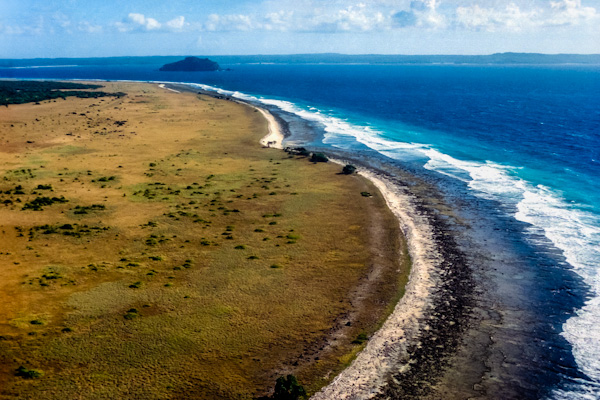