The main variable of Indonesia’s climate is not temperature or air pressure, but rainfall. The almost uniformly warm waters that make up 81 percent of Indonesia’s area ensure that temperatures on land remain fairly constant (see table below)

. Split by the equator, the archipelago is almost entirely tropical in climate, with the coastal plains averaging 28°C, the inland and mountain areas averaging 26°C, and the higher mountain regions, 23°C.

The area’s relative humidity ranges between 70 and 90 percent. Winds are moderate and generally predictable, with monsoons usually blowing in from the south and east in June through September and from the northwest in December through March. Typhoons and largescale storms pose little hazard to mariners in Indonesia waters; the major danger comes from swift currents in channels, such as the Lombok and Sape straits.

The extreme variations in rainfall are linked with the monsoons. Generally speaking, there is a dry season (June to September), influenced by the Australian continental air masses, and a rainy season (December to March) that is the result of mainland Asia and Pacific Ocean air masses. Local wind patterns, however, can greatly modify these general wind patterns, especially in the islands of central Maluku–Seram, Ambon, and Buru. This oscillating seasonal pattern of wind and rain is related to Indonesia’s geographical location as an archipelago between two large continents. In July and August, high pressure over the Australian desert moves winds from that continent toward the northwest. As the winds reach the equator, the earth’s rotation causes them to veer off their original course in a northeasterly direction toward the Southeast Asian mainland. During January and February, a corresponding high pressure system over the Asian mainland causes the pattern to reverse. The resultant monsoon is augmented by humid breezes from the Indian Ocean, producing significant amounts of rain throughout many parts of the archipelago.

Prevailing wind patterns interact with local topographic conditions to produce significant variations in rainfall throughout the archipelago. In general, western and northern parts of Indonesia experience the most precipitation, since the north- and westward-moving monsoon clouds are heavy with moisture by the time they reach these more distant regions. Western Sumatra, Java, Bali, the interiors of Kalimantan, Sulawesi, and Irian Jaya are the most predictably damp regions of Indonesia, with rainfall measuring more than 2,000 millimeters per year. In part, this moisture originates on strategically located high mountain peaks that trap damp air. The city of Bogor, near Jakarta, lays claim to having the world’s highest number of rainstorms per year–322. On the other hand, the islands closest to Australia–including Nusa Tenggara and the eastern tip of Java–tend to be dry, with some areas experiencing less than 1,000 millimeters per year. To complicate the situation, some of the islands of the southern Malukus experience highly unpredictable rainfall patterns, depending on local wind currents.

Although air temperature changes little from season to season or from one region to the next, cooler temperatures prevail at higher elevations. In general, temperatures drop approximately 1° per 90 meters increase in elevation from sea level with some highaltitude interior mountain regions experiencing night frosts. The highest mountain ranges in Irian Jaya are permanently capped with snow.

Located on the equator, the archipelago experiences relatively little change in the length of daylight hours from one season to the next; the difference between the longest day and the shortest day of the year is only forty-eight minutes. The archipelago stretches across three time zones: Western Indonesian Time–seven hours in advance of Greenwich Mean Time (GMT)–includes Sumatra, Java, and eastern Kalimantan; Central Indonesian Time–eight hours head of GMT–includes western Kalimantan, Nusa Tenggara, and Sulawesi; and Eastern Indonesian Time–nine hours ahead of GMT– includes the Malukus and Irian Jaya. The boundary between the western and central time zones–established in 1988–is a line running north between Java and Bali through the center of Kalimantan. The border between central and eastern time zones runs north from the eastern tip of Timor to the eastern tip of Sulawesi. 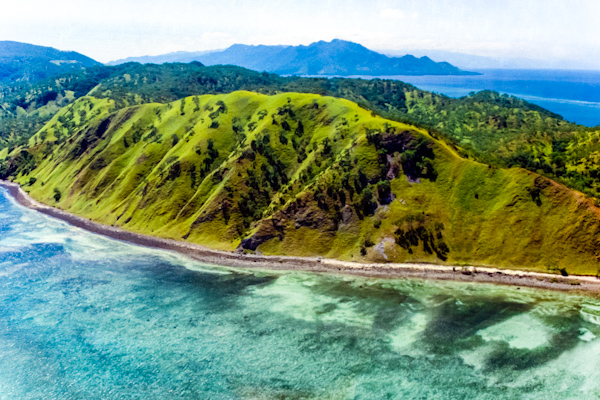 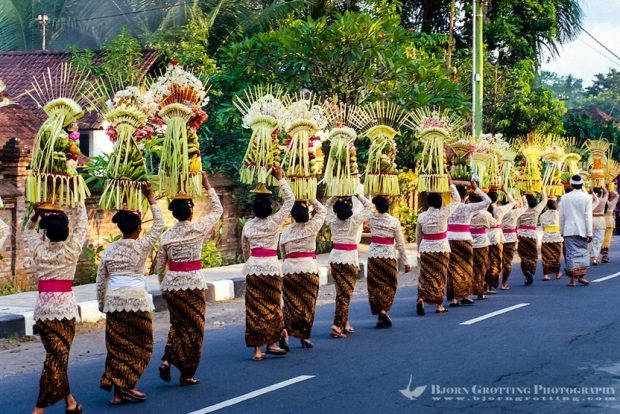 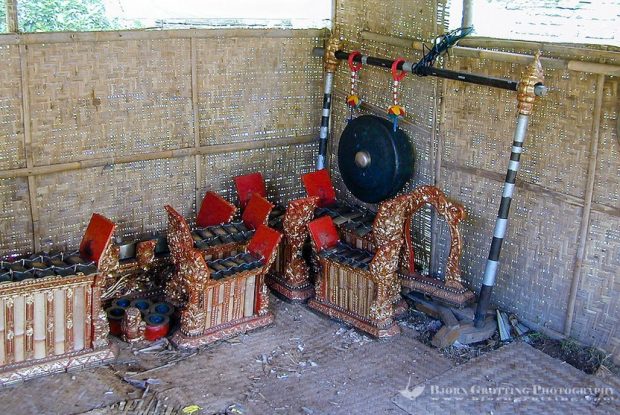