Bukittinggi, north of Padang in the Minangkabau highlands, sits at an altitude of approx. 920 m. The name Bukittinggi means high hill or top. This is a charming city with a cooler climate than Padang, and is one of the most important cities of the Minang people, greatly influenced by their traditional culture. The name “Minangkabau” is put together by “menang” (victory) and “kerbau” (ox or water buffalo).

According to legends there was a fight over West Sumatra between two bulls, one from Sumatra and one from Java. The Sumatra bull, a young calf, was victorious, and the bull is today the symbol of the Minang people. Traditionally the people lived in a longhouse with several families, ruled by the unique adat-laws. For example a man or woman can only get the influence they inherit from their mother, and the children are supposed to be raised in their mothers longhouse. Even if the Minang’s today are strong believers in Islam they will often follow traditional adat-laws before Islamic laws. These traditions are weakening today, but are still strong in many areas.

In the center of Bukittinggi there is a famous, characteristic clock tower which is the symbol of the city. Bukittinggi is sometimes referred to as “Kota Jam Gadang”, the big clock town. Another name of the city is “Tri Arga” after the three mountains that surrounds it; Merapi, Singgalang and Sago. The clock tower is built in the traditional Minangkabau style. Close by is a market where you can buy local art, handicraft and souvenirs for a reasonable price.

There is a museum at the highest point of the city which contain an impressing, traditional Rumah Adat (clan house), more than 140 years old. Inside the house there are exhibitions of traditional art and handicraft. The museum was built in 1934 by a Dutch governor, and is the oldest museum in the province. Next to the museum is a zoo with some interesting species from Sumatra, unfortunately the conditions for the animals are not optimal to put it mildly.

Bukittinggi was a Dutch headquarter during the Padri wars between 1821 and 1837 (see Facts about Sumatra), and it was here that a group of rebels from Sumatra declared a rival government in 1958. The Dutch built a fort, Benteng de Kock, on a hill not far from the museum. It was built in 1825, and is overlooking the city and the surrounding mountains.

Also the Japanese left a memorial; underneath the city they built several kilometers of tunnels by using prisoners as labor. Parts of the tunnels are open for tourists.

The Taman Panorama park on the south side of the city is overlooking another large attraction; Ngarai Sianok, a long and deep valley popularly called the Indonesian equivalent to Grand Canyon. It is located to the west of the city, is 4 km long and has steep walls.

At the end of the canyon is the Kota Gadang village, known for it’s skilled silver- and goldsmiths. Also textiles and other handicrafts are produced here and sold on the market in Bukittinggi. You can walk to the village in about one hour if you follow the valley.

A close neighbor to Bukittinggi is the large Gunung Merapi volcano, 2.891 m. This is one of the most active volcanoes on Sumatra and for periods considered too dangerous to climb, the last eruption took place in 1979. If it’s open for tourists you can start from Kota Baru, the trek to the top will take about five hours. Most people prefer to walk in the night to be able to see the sunrise. Several people have disappeared on Merapi, and it is not recommended to walk without a guide.

West of Bukittinggi is the great crater lake Danau Maninjau, the descent to the lake on the road from Bukittinggi is full of twists and turns and hairpin bends, the reward is a fantastic view over the blue lake and the surrounding mountains.

It is easy to travel to Bukittinggi from Padang, you can go by bus or rent a car. The drive will take about two hours one way and is about 90 km long. The road itself is an attraction, it passes through fertile agricultural landscapes and dense jungle, with the view of the great volcanoes as a mighty background. The Lembah Anai nature reserve is located along this road, known for it’s waterfalls and beautiful orchids, if you are lucky you might also see the enormous Rafflesia flower here, it will normally bloom between August and November. 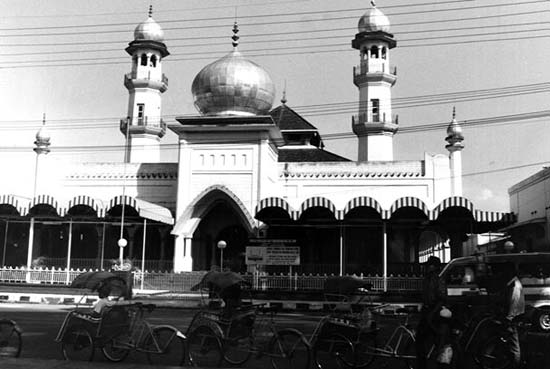 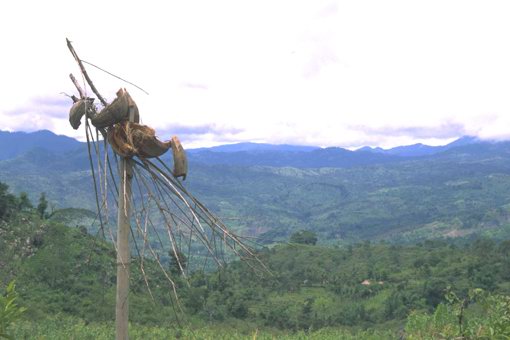