Museum Negeri Nusa Tenggara Barat is also worth a visit if you like an insight into the history, culture and geology of Lombok and Sumbawa
. Few tourists prefer to stay in Mataram, at least for a long time, but there are many hotels and restaurants here to choose among.

Sukarare is a small town south of Cakranegara with traditional weavers, today it has become a traditional tourist trap with several stores where you can buy the famous ikat textiles

. This is still an interesting place to visit to get an insight in the art of traditional weaving. Lombok is known for it’s unique variation of ikat; the light patterned “songket” textile. For several generations this has been made with manual methods and tools still in use. 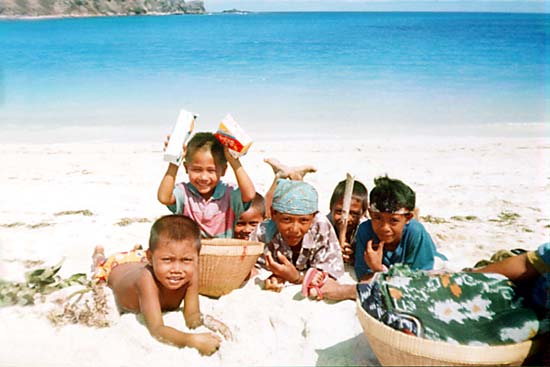