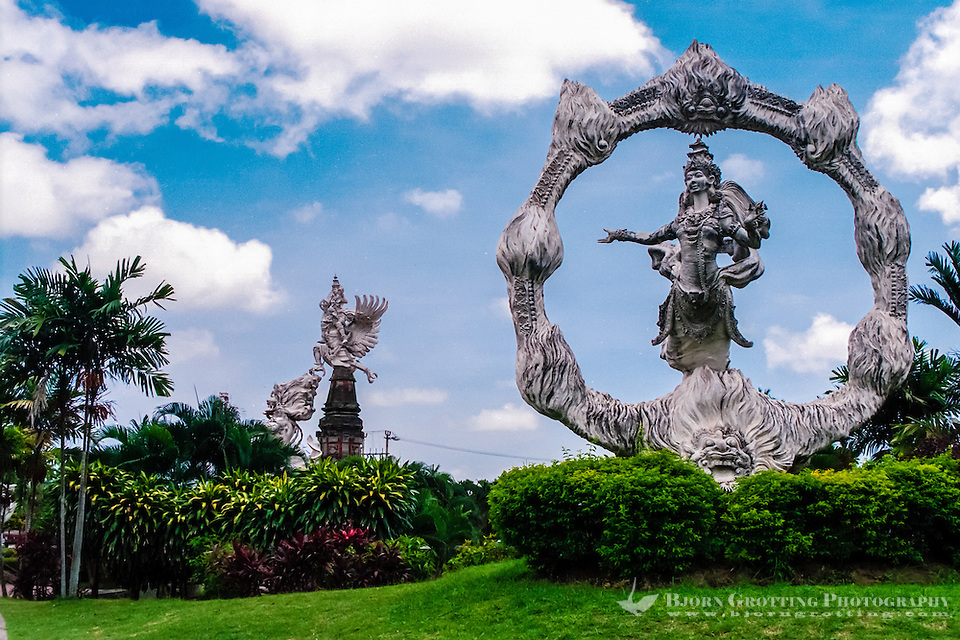 Bali, Gianyar. Some of the many large statues in this area. Close to the center of Gianyar city. (Photo Bjorn Grotting)

Traditionally Gianyar has been the richest district on Bali, today about half the population here works in the tourist industry. Gianyar city is the administrative center of the district, while Ubud is the cultural capital and has the largest population. Gianyar city is located about 23 km from Denpasar, and is a junction for north and east bound traffic. Around Bedulu, between the Petanu and Pakrisan rivers, is a 10 km long belt of land known as “the land between the rivers”. 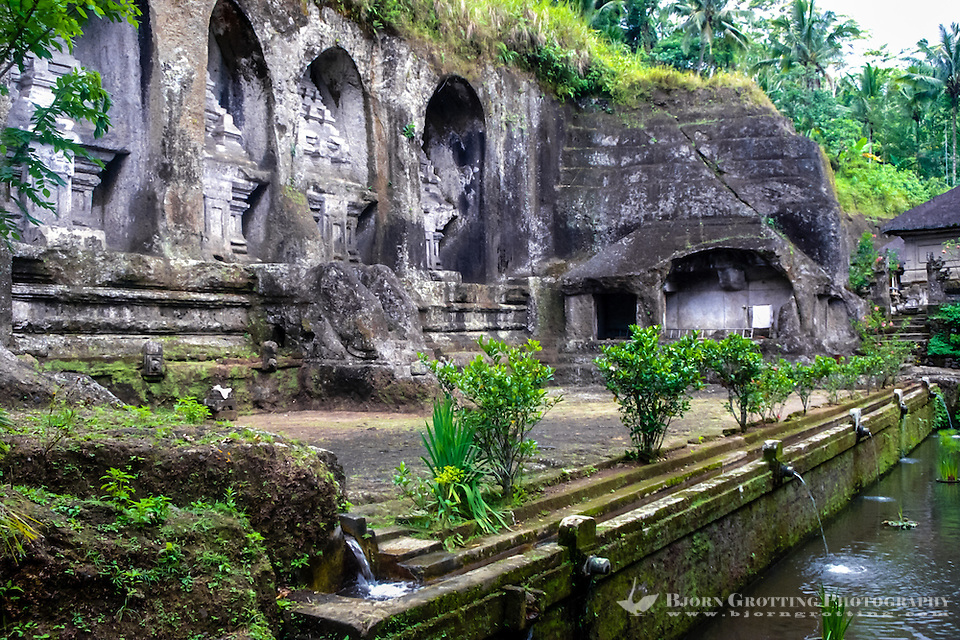 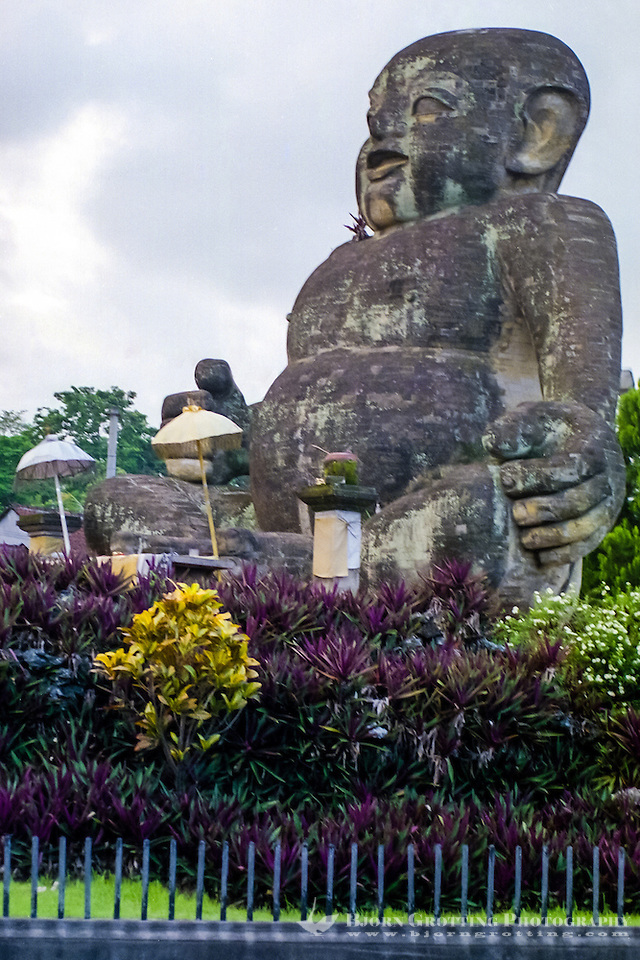 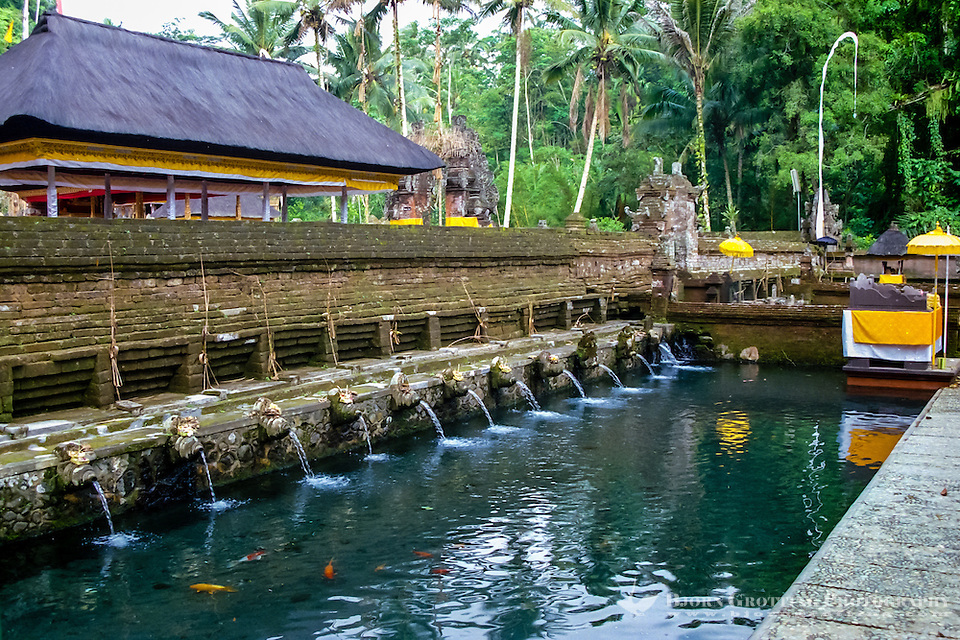 Bali, Gianyar, Tirtha Empul. Pura Tirtha Empul temple close to Tampaksiring. The holy water pours into a pool. The water is said to have magical powers, and all the water for cremations on Bali is taken from this spring. (Photo Bjorn Grotting)

For a period prior to the 18th century the Gianyar district was split between the Klungkung, Mengwi, Badung and Bangli kingdoms. At the end of the 18th century, after a defeat for the armies of Karangasem (see Amlapura), the king of Klungkung lost much of his influenc. The ruler of Gianyar city took advantage of this, and by war and deceit he became the ruler of a new large kingdom which also included neighboring states. He took the name Dewa Manggis (“sweet God”) after the village in Klungkung where he was born. 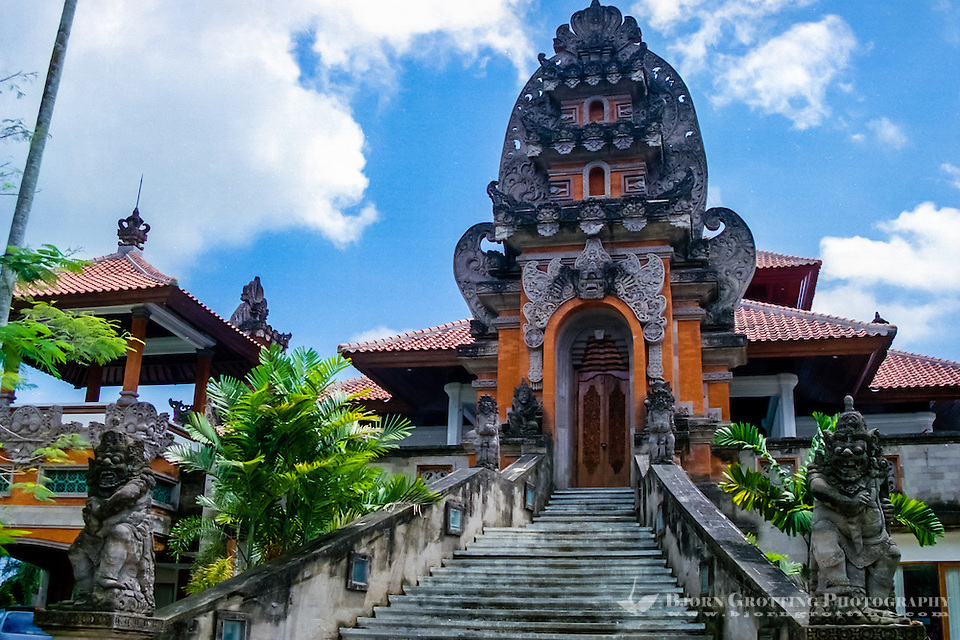 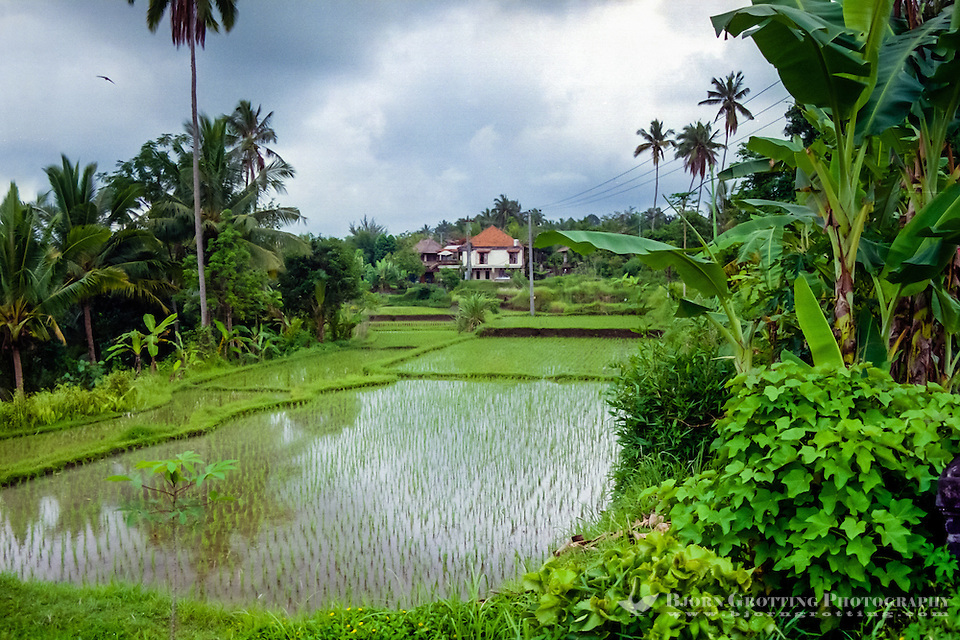 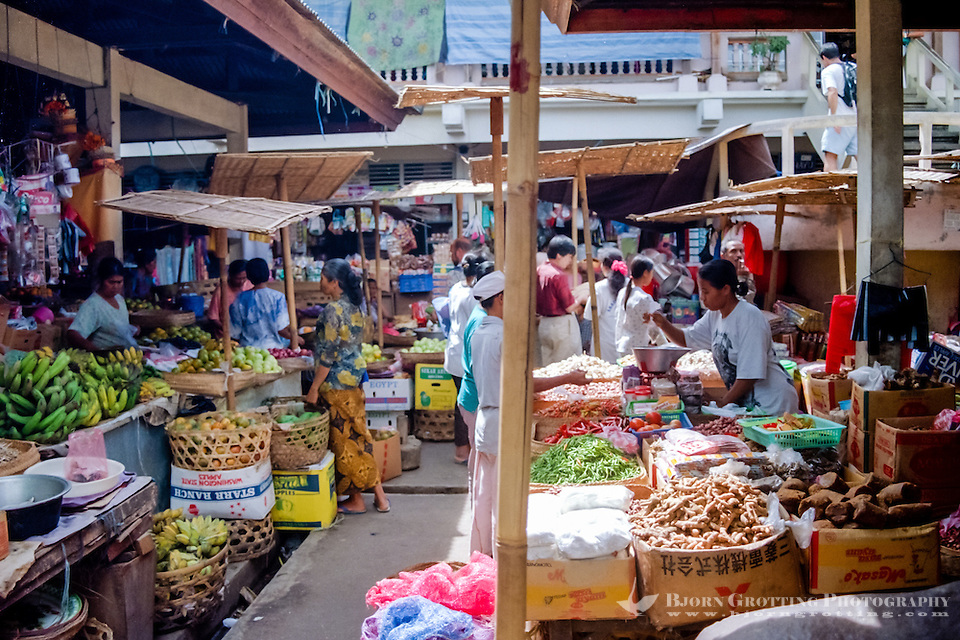 Bali, Gianyar, Ubud. On the market in Ubud you can by everything from souvenirs to fruit and vegetables. (Bjorn Grotting) 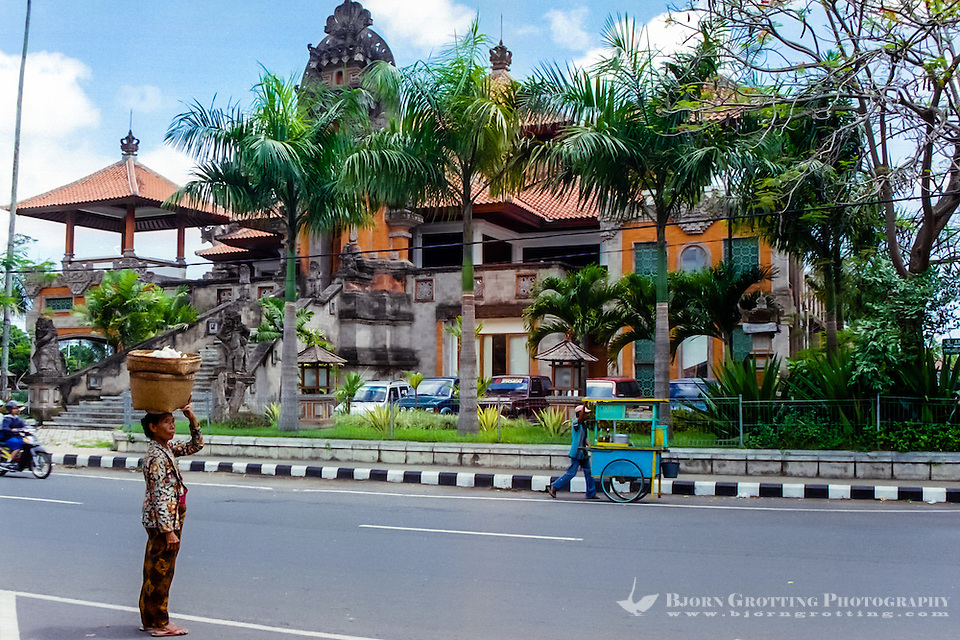