Splendid Inn Hotel is the “Hash Head Quarters & Correspondence” of Malang Hash House Harriers II, a mixed hash, which runs every Friday, with HHH (Happy Hash Hours) at the Inn on Wednesday evenings.

The owner, Herman Maryono, “Sodron”, at present holidaying in Europe, is the Hash Master of MHHH II

Sildenafil and its main metabolites have mainly a biliary route of excretion (75-80% of radioactivity excreted in faeces). viagra without prescription performance concerns, dysfunctional communication.

assessment of all patients presenting with this complain. buy cialis canada 43mg/kg) of Sildenafil citrate..

. The Hash Mistress is Mientarsih “Oma Genit”. When I requested David Lam, a.k.a Orang Gila (Mad Man) in Indonesia, and as Sakai (Jungle Man) in Malaysia, to book a hotel room for me, there could have been no other choice.

It is a 30-year old, colonial-type, tiled-roofed building with two floors. The rooms, verandahs and lobby are large; and there is a swimming pool. There is greenery all around the rather small compound. Room rent includes breakfast. Having it, Indonesia or Western-style, on the patio facing the flowers and the yellow-bamboo grove, is just what a holiday is meant to be. Still following a quaint tradition from the Dutch days, shops in the city are closed from 4 to 7, and that is when complimentary tea/coffee and snacks are served in the room. At US$15 for a twin-bedded room, it is a fair deal.

Malang is a Regency, on a plateau, in the province of Jawa Timur. The separate Regency for Malang City was created 91 years ago. And 3 years ago Batu City also became a Regency. The altitude of Malang City is 1300 feet, and that of Batu is 2,400 to 3,000 feet. Malang is 80km from Surabaya, the provincial capital; and Batu is 20km from Malang city. Surabaya is the second largest city in Indonesia, and is the international gateway to the province by air.

Believe it or not, according to scientists, Java has been inhabited since 500,000 Before Christianity. It is one of the five largest of the 14,000 habited and uninhabited islands – 9000 having no names – that comprise the Republic of Indonesia. With Java stretching 1300km, Malang is a mere 300km away from the neighbouring island of Bali to the East. I had to resist the temptation of joining the Bali Hash anniversary celebrations during the weekend of May 7-8, preferring to do two runs in the cool hills. Jakarta is 967km from Malang, to the West. Hence, in spite of my best intentions, I could neither visit my three nieces, nor join my favourite Wednesday Harriettes run there.

Among the tourist attractions in East Java are the city of Malang and the town of Batu. Batu and its beautiful surrounding hilly rural areas are known as “Little Swiss”. The Mount Bromo volcano, at an altitude of 7000 feet, is the most popular. People travel whole night to see the sunrise from nearby Mount Penanjakan at 8,300 feet. Ijen is a sulphur lake in a crater. There are various ancient temples, the largest being Penataran, built in 1396 AD. Plengkung beach is claimed to be the second best in the world for surfing, after Hawaii. Then there are the National Parks: Baluran; Alas Purwo; and Bromo-Tengger-Semeru. The 2-day South East Asia Mountain Bike Championships 2005 was flagged off early Saturday morning from the hotel next door. I planned to spend my eight days relaxing and hashing in the Malang-Batu area.

An account of hashing in Malang would not be complete without a few words about the fluent English-speaking, typical Chinese pony-tailed, David Lam. He is originally from Malaysia/Singapore, of Indonesian ancestry

sexual relationships, details of current sexual techniques,sexuality, and prepare him for understanding treatment How to get viagra.

. He and his blue-blooded Indonesian wife, Intan, are mail order purveyors of hash paraphernalia to the world of hashing (intan.cafe@lycos.com). Unlike large garment factories, they home produce limited edition T-shirts, patches, stickers, caps, jackets, lanyards, etc. Their patches, used for stitching on to jackets, are of high standard, with intricate embroidery and padding for long lasting. They dispatch by FedEx/DHL/UPS, or if the hash chapter is “small and poor”, by postal mail. The couple is a familiar smiling sight at their colourful stalls at various local, regional and international hash events.

A former mariner, David is adventurous. He can be sharp-tongued and brash, but is a compulsive humourist, and is proud to be an achiever in adversity. However, the infamous Customs at Mumbai airport gave the couple a bit of a taste of Indian maastani, when they arrived with their hash bundles for Interhash 2002 Goa. Eventually, they got through, traveled through the night by road to Goa, and woke us up (Committee members) in the middle of the night asking for directions to the “warehouse”.

David, Intan, and her elegant mother, most hospitably, treated me to some East Javanese delicacies. On Thursday morning the couple flew off to Bandar Lampung, with a group of hashers to attend the 2nd Pan South Sumatra Hash during the weekend. I was to be on my own with not a known soul around.

But it was not to be so at Splendid Inn. On Wednesday evening I found a group of hashers (Committee) having a meeting at the lobby with samples of T-shirt design laid out on the table. It transpired that they were discussing the design for the 15th Anniversary Run of MHHH II due on 28 May. When I introduced myself and asked for a lift to the run site on Friday, Ali “Tilep” volunteered to pick me up at 3 PM for the run at 4.

Ali did not come, but a van-full came, leaving the front seat vacant for me. They were all happy men and giggling women, talking what seemed Greek to me, except for a few words of Indo-Malay that I was familiar with. I was warmly welcomed. Among them was a Taiwanese. His business card read Chou Teng Sung. Later, the Hash Mistress was to write down his hash name for me – “Cang Ci Lai”. But she was reluctant to pronounce it! He spoke some English. We drove 18km out of town to a small wholesale rice seed store with some vacant space inside and by the roadside.

As soon as they got off the van, they started munching nuts, crackers and a local fruit that were provided. Just at 4, the Hash Mistress gave some directions, presumably about the trail, and the run began. The walkers trail would be of one and a half hour, it was translated for me. 42 attended; half ran, half walked. We meandered through the village and out on to the cultivated fields, rice and corn, walking along and crossing small irrigation canals, some concrete, some natural, across a graveyard, and then back through another village.

Meantime, Teng Sung, the Taiwanese agricultural seed dealer, in broken English, was giving me a commentary on the passing plants. “Kosova, can eat leaf, less toxin”. The only kosova I have seen growing was in the valleys of Mainamati, beside BARD. I laid trails for several Bangladesh Nash Hash there, having to wait till first week of February for the 8-feet plants to be harvested to let the hordes pass. It is used as a raw material; Bangladeshis would never eat kosova, let alone the leaves. “Pumpkin; beans; corn, local variety – small ….”, he went on. He told me that Taiwan is mountainous and he had done hash of 5 to 8 hours climbing. That kept them fit, retiring age being 65. “That is mountaineering, not hash”, I told him. That kept him quiet for sometime.

Back at the venue, and on to the food, no time for taking a breath or even water – beef stew with rice; and crackers. The circle started after the food, without much delay. In the absence of the Hash Master, the Hash Mistress, in true Javanese civility, asked me whether I would like to act as HM for the occasion. 500,000 years of culture had not been in vain! Not knowing a word of their language, I bowed out. Down Down’s were given to the hares; the hares again, for sponsoring the food; a new-comer; one given a name; and the only two non-Chinese – my Taiwanese friend and an ‘Indonesian’! Instead of ice, they douse the culprit with water; regular ones try to step aside; unknowing visitors like me get wet.

Back at the hotel, while taking a shower, I noticed that a leach had bitten me, climbing into my shorts. After having its dinner at 5 PM like the locals, it had dropped off, but the bleeding had not stopped. I had to burn some newspaper to apply some ash to stop it. Lucky, I was not going to the next week’s run. Otherwise, probably, I would have earned another hash name – an indecorous Indonesian Chinese one.

However, on Monday I joined 114 others at the BRAWIJAYA H3 run in Batu
. My host was the GM, Bing Soesilo “Kojak”. 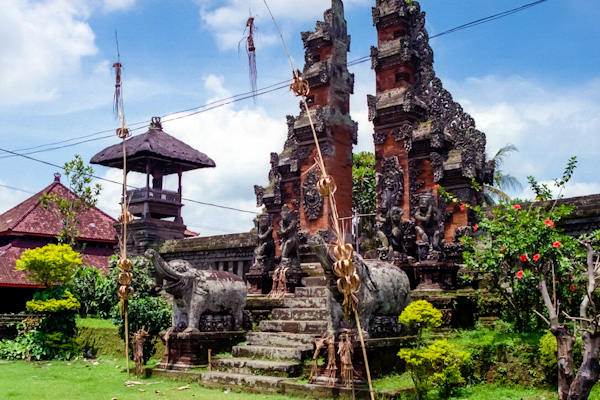 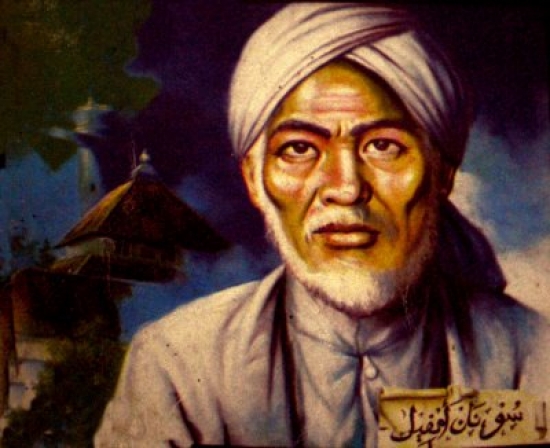