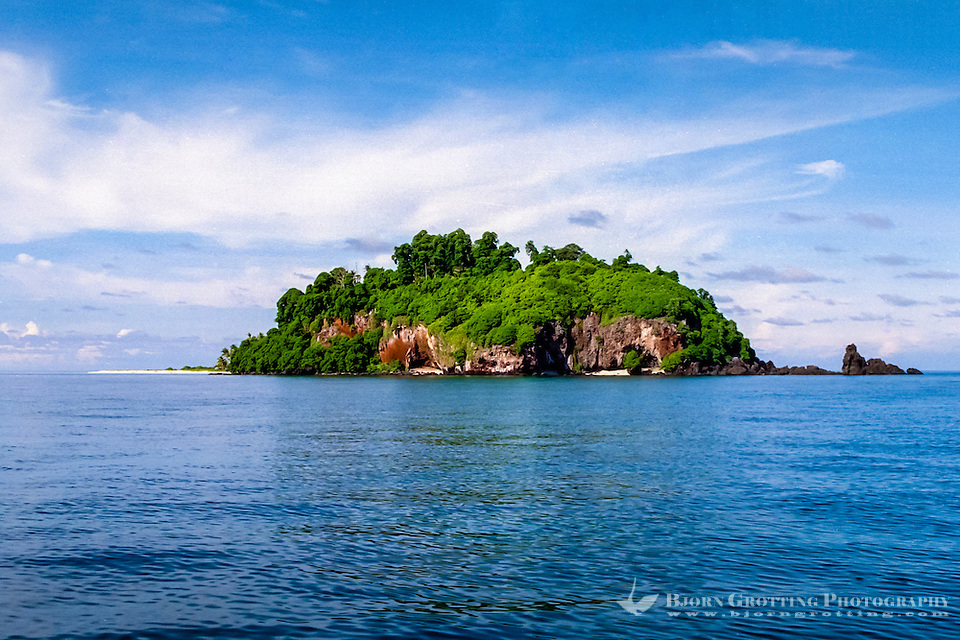 Natuna is not among the most visited tourist destinations in Indonesia, and the access to these remote islands are not so straightforward. Natuna can however offer unspoiled beaches and a landscape and a culture that is absolutely worth a visit. The islands are known for lovely woven textiles and their traditional dance. The Natuna islands are spread over a wide area, located in the South China Sea between east and west Malaysia, Kalimantan and Singapore.

The main groups of islands are Anambas to the west, Natuna, south Natuna and Tambelan. None of the islands has much facilities for travelers, but this is an excellent destination if you like to explore areas outside the main “tourist highway”. One of the largest natural gas fields in the world has been found here, The Natuna gas field in the North and South Natuna archipelago is believed to have 222 trillion cubic feet of natural gas in reserve, 46 trillion of this can be recovered. In the future the Natuna Natural Gas Project will be very important for Indonesia’s economy. We can only hope that the oil and gas industry will not have too negative consequences for the environment here. 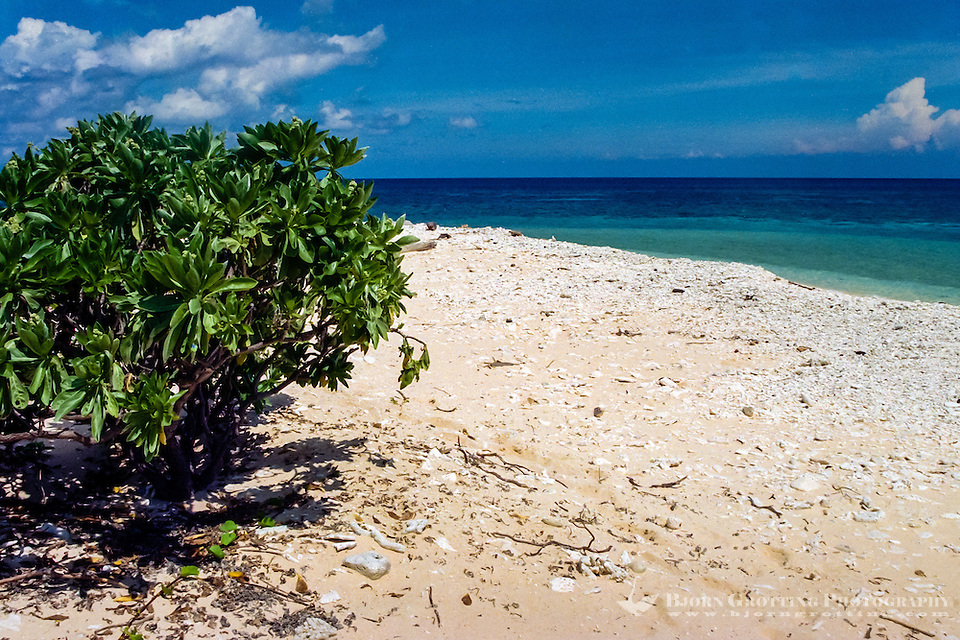 Natuna Besar (or Ranai) is the largest and northernmost of the islands and also one of the northernmost points in Indonesia. Here you can find lovely corral reefs and a large variety of fish. The population are relatively small, but some people have been moved here by the government from other islands in Indonesia and grow products like peanuts and peas. Gunung Ranai, the highest mountain in the Natuna archipelago at 1.035 m, is located on this island. There are some great areas for diving here, the waters of the South China Sea around the island can offer an unique underwater world, the coral is normally found within five to ten meters below sea level and 50 to 750 meters from the shore. Smaller islands like Senoa to the northeast can also offer white beaches and coral reefs, Panjang to the northwest is known for the protected green turtle, and can be reached by boat from Natuna Besar in 30 minutes. Totally there are about 20 small islands surrounding Natuna Besar.

The main island can be reached by boat from Jakarta, a three day journey, by boat (Pelni) from Tanjung Pinang on Bintan, or by air from Batam. Natuna Besar has an airport with regular arrivals of smaller airplanes.

Located between Natuna Besar and the Kalimantan mainland, the main islands here are Serasan, Panjang and Subi. The islands has a strong surf and impressive scenery.

The southernmost group of islands are Tambelan, east of Kalimantan. These can be reached by boat from Pontianak (about 6 hours) or from Tanjung Pinang (about 16 hours). Turtles are probably more common than people here, and the islands have plenty of beaches to offer the occasional tourist. This may have been the first Dutch territory occupied by the Japanese during WW2, but it was more likely Anambas who first were visited by Japanese soldiers. 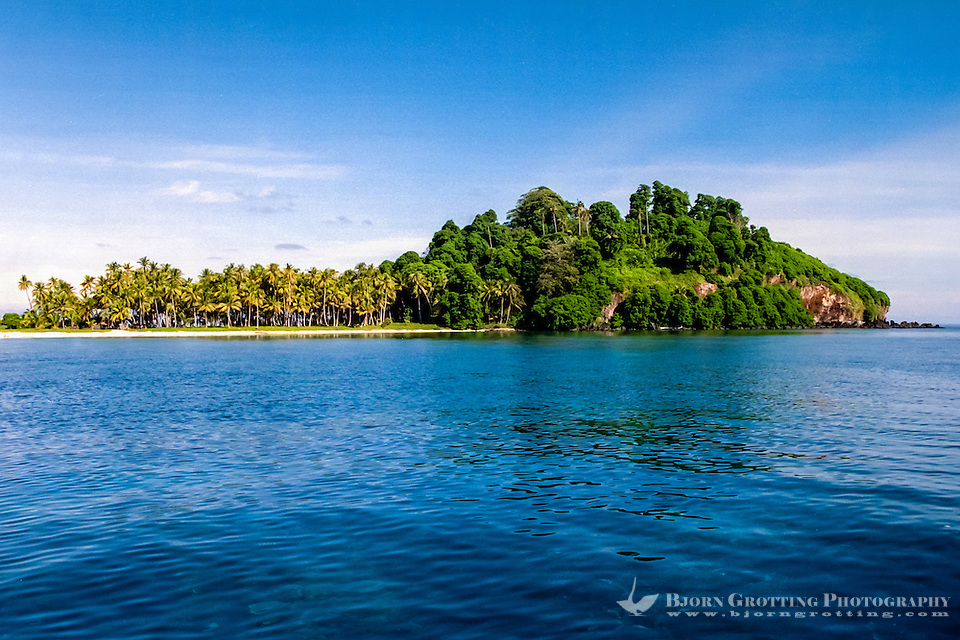 Anambas is a group of islands midway between Singapore and Natuna Besar. The main islands are Matak, now a base for oil exploration, Tarempah and Jemaja Andriabu. The population are sparse, mainly simple fishing folk that are the descendants of the once mighty Bugis people. The main source of income is from sea products and coconuts. The islands has become a popular destination for divers from Singapore, the best known sites are the underwater reef systems of Tokong Malangbiru island, the submerged Acasta Rock, the disused Udang Oil Rigs and the wrecks of the sunken vessels “Seven Skies” and “Sara-D”. The closest sites can be reached in a half-day’s boat ride from Singapore, while the Udang Oil Rig to the northeast is about one and a half day away. Tours with boats where you can live onboard are arranged from Singapore, it is almost impossible to reach these isolated sites on your own.

There are still many unexplored islands in the Anambas archipelago, and you may very well be one of the first tourists who have visited some of them if you like to explore the unknown. A Pelni ferry leave from Tanjung Pinang on Bintan twice a month to all the main islands in Natuna, the first stops are Letung and Tarempah in Anambas. There may also be other boats and cargo vessels leaving for the Natuna islands which accept passengers. Once a week there is a flight from Batam to Tarempah. 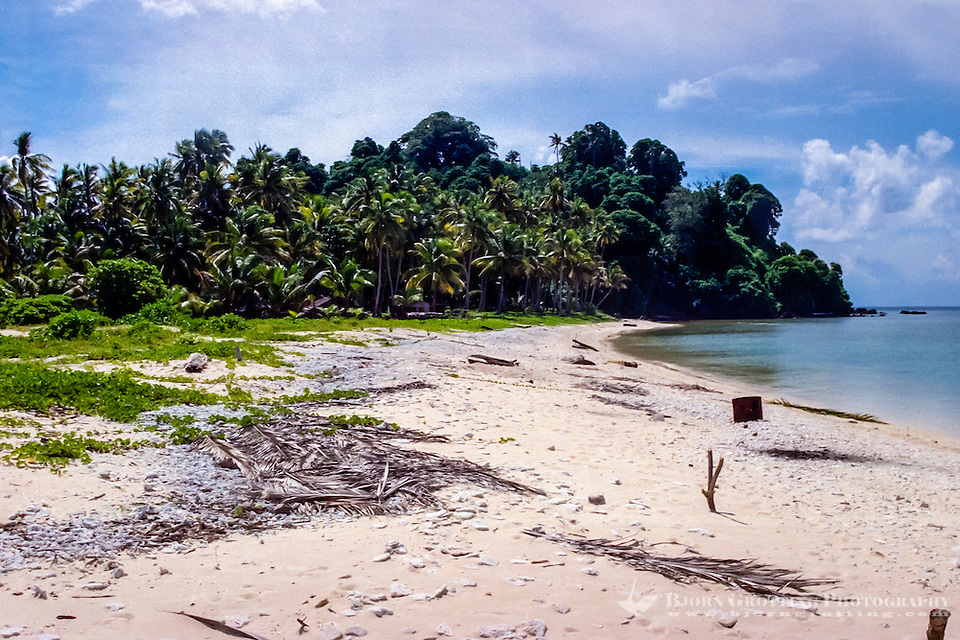 Tarempah on Tarempah island is a tiny town with only one scruffy and small guesthouse, you can hire a local fishing boat here for a reasonable price and explore the surrounding area. Tarempah island was probably the first Dutch territory attacked by the Japanese during WW2. The Tarempah village was heavily bombarded and most of it destroyed, 40 civilians were killed and 100 wounded, the remaining villagers were evacuated to Tanjung Pinang on Bintan. Anambas were occupied by Japanese troops on 26th of January 1942 and used as an advanced naval base, the rest of Natuna were probably occupied shortly afterwards.