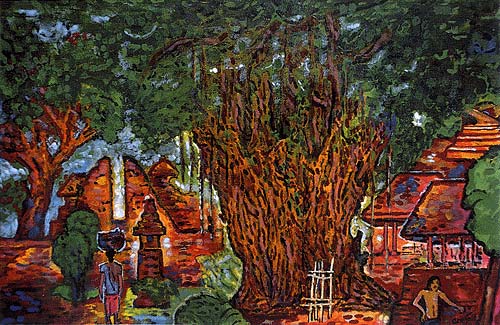 In Bali today we can still find the overwhelming variety of traditional arts, from sculpture to painting, from architecture to music, from singing to dancing, and more important is that we can still find those mentioned arts that pervaded and supported by, what the Balinese call, taksu the divine soul of the arts. Painting as known in the West is not a very old art in Bali.

In the old time the Balinese doing more wood or stone carving than painting. They carved temple gates and walls made of soft stone, temple shrines and buildings made of wood, and sculpted overwhelming forms of statues. Wayang or shadow play tradition is also an important source of the modern painting. For wayang characters the artists drew sketches on leather materials before cutting them. Other factor that have an influence to Balinese painting is the creation of religious offerings, when the Balinese constructed delicate art works from bamboo, woods, leaves, rice, flowers and fruits, one form of arts that more or less comparable to installation art today.

An art form that even closer to modern paintings is the black and white picture drawn on white cloth to break the spell of evil spirits and other purposes called rerajahan in the temple and many magical dance-dramas. Same case is the colorful and golden figures on ceremonial flags, banners and umbrellas, etc.

All those arts had contributed to the gaudy and colorful rituals so common in Bali, and in turn also to the development of fine art.

Kamasan is the name of a village in the Klungkung regency in southeastern Bali. This name has long been associated with one of the unique and classical painting traditions of old Bali. Painting tradition in Kamasan had flourished for more than three centuries. When the great Gelgel kingdom in central Bali moved it’s puri or palace to Klungkung in sixteenth century, the artists of the village had been ordered to ornate puris and temples with paintings. Kamasan artists used colors from nature sources. Black for example, is from charcoal, white from animal bones, other colors came from many leaves or fruits. This natural material for coloring is still used today especially for the more traditional form of Kamasan paintings.

Meanwhile in Gianyar regency developed art tradition with different styles. They painted wayang style, demons and magical figures taken from old Bali folklore and Hindu legends. Later they used modern technique and material for coloring. This in part, because of suggestions from some expatriate artists who visited and lived around Ubud village at the beginning of the twentieth century. They introduced modern materials, such as canvas, ink, acrylic, water color, etc. More important was the introduction and inspiration given to the Balinese to paint not just mythological themes, but also everyday lives and scenery. These ideas then influenced some Ubud painters to experiment with new styles of painting. It’s resulted to what some people called Ubud style of painting. But we’ll not just find one style of painting in Ubud area. The styles are maybe as many as the number of villages scattered around Ubud. There are Pengosekan styles from Pengosekan Village, which is well known for their paintings of birds and trees. This one of some Pengosekan painting styles became popular for hotels, offices, and homes, not just in Bali and Indonesia, but also abroad.

In Penestanan village developed painting style known as Young Artist. This naive and colorful painting encouraged by Arie Smith, a Dutch artist who live in Bali. Young Artist painters utilized unusual color for their objects, such as red for the sea, blue for human skin, yellow for the sky, etc.

There is Batuan style, from the artist village of Batuan, which generally have a darker type of images compared to Ubud paintings. The quality and charm of this Batuan painting style is well recognized. Mural painting in a sport center in Japan is featuring giant painting tens of meters wide, which was painted a few years ago by Batuan artist I Wayan Bendi. Visit home of other painter of Batuan village, I Made Budi, and we’ll see one letter from Ronald Reagan, former US president.

Another painting center with it’s unique style in Ubud vicinity, is banjar Tebesaya of Peliatan village. Here we’ll find great names of Balinese painters, one of them is Ida Bagus Made Poleng, who is known by every Balinese art lovers as a quite tough and eccentric person who never want to sell his paintings to galleries, until his departure.

In Ubud we’ll find as well modern and academic paintings, which is increasing in quantity and quality. To find this type of art, visit art galleries and museums around Ubud. For art lovers, Ubud and the villages around it is a natural as well as surrealist beauty.

In Bali is also popular the art of painting on palm leaves. This art form featuring wayang as well as other traditional Balinese characters cut with chisel on the palm leaves. This drawing then painted black using locally found natural materials. The result is a book consist of a story with beautiful figures and narration. Bali Aga village (old Bali village which still hold it’s ancient tradition) of Tenganan in Karangasem regency, eastern Bali, is particularly strong in this form of art. There is even a painting on many palm leaves arranged as a single wide canvas, resulting in a painting with size around 50 x 60 square centimeters.

Bali is not just an ideal place for fine art hunting. It’s also a paradise for art lovers who just want to watch and admire. There are some fine art museums in Bali which are among the finest in Indonesia. For Kamasan Style, visit Nyoman Gunarsa Museum of Classical Balinese Painting in Banjar Angkan, Banda village, Klungkung. In Mas village near Peliatan there is Rudana Museum of traditional Balinese naive and modern paintings. The collections are overwhelming and many of them are in excellent quality. 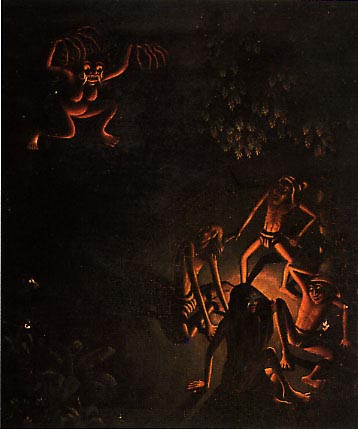 In Pengosekan village near Peliatan and Ubud, visit a grand and beautiful Agung Rai Museum of Art (ARMA) which featuring classical Balinese paintings as well as Christie’s record breaking quality level paintings such as from Raden Saleh and Walter Spies. There is also Ratna Wartha, the first fine art museum in Ubud. Established in 1953 to promote the idea of Pita Maha artist association which was established in 1932, this museum exhibits some of Bali’s classical paintings and carving. Meanwhile Neka museum, is one of the most complete Balinese art museum in term of the number and variety of collections. It’s collections including modern paintings, classical as well as paintings of expatriate artists of the thirties. It is Located 1 kilometer west of holy Campuan river of Ubud. 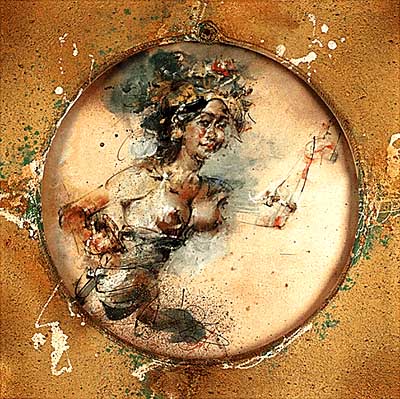