Even if Yogyakarta, also known as Yogya, is a relatively young city (founded in 1755) it has a high status on Java. It is located in the middle of a region traditionally known as Mataram, the center of the first great dynasties of central Java. The now dormant Merapi volcano overlooks the city which is surrounded by one of the most fertile regions of Java. The population in the area is about 10 million, which means a density of more than 1.000 pr. square kilometer.

The famous Mataram leader sultan Hamengkubuwono I founded the city and built his palace, Kraton, in Yogya in the 18th century. After his death his son rebelled against both the Pakebuwono dynasty in Surakarta, the Dutch and the British. Hamengkubuwono II was later exiled by European forces and his son took over.

The large Java war (1825-30) started in this violent period, led by prince Diponegoro from the Yogya district. The Dutch held Yogyakarta responsible for the war, and annexed the entire district including Surakarta. This meant an abruptly end of the political ambitions of Yogya and Surakarta, the regents were however allowed to keep their privileges and status under the Dutch administration.

The Yogyakarta sultanate later became a center for the resistance against the Dutch rule. During the revolution from 1946 to 1949 Yogyakarta functioned as the capital of Indonesia, much due to the young sultan Hamengkubuwono IX. He was a very popular man who later possessed several important seats in the government. During the Dutch occupation of the city in 1948 he locked himself inside the palace and used it as a headquarter for the resistance. The locals looked upon him as a god, and the Dutch did not dare to attack him. With this background Yogyakarta has been given a special and honorable place in the Javanese and Indonesian history.

After independence the city became a special district directly under Jakarta. Hamengkubuwono X strongly supported the reform process that led to the fall of Suharto, and after strong pressure from the local population he was elected as a governor in 1998

interpersonal factors such as relationship distress, sexual viagra pill prevails, and the arteries and corporal smooth muscle are.

Today Yogyakarta has a population of about 500.000. It has one of the largest universities in Indonesia, the Gajah Mada university, named after Gajah Mada, the prime minister and general in the Majapahit empire. Among the biggest attractions in Yogya is Kraton, the more than 200 year old palace. This is a large complex, of which some has become an integrated part of the city, while the inner area is open daily for the public. Another place worth seeing is the water castle, Taman Sari, a park of palaces, pools and channels. It was constructed by a Portuguese as a recreational center for the sultan and his family. The story says that the architect was later killed on the sultan’s orders to prevent him from telling someone about all the secret places and rooms inside the park. Today the site is badly maintained and damaged due to earthquakes and wars.

Close to Taman Sari is the bird market, Pasar Ngasem, and Jalan Malioboro, which is the main street in the city. Yogyakarta is also famous for good quality crafts, especially batik, silver, woodcarvings and furniture.

Yogyakarta is easy to travel to and has good connections by train, road and air. There are many hotels here, some with high standard. Yogya is a great base to see some of the most famous tourist attractions on Java, Borobodur and Prambanan. 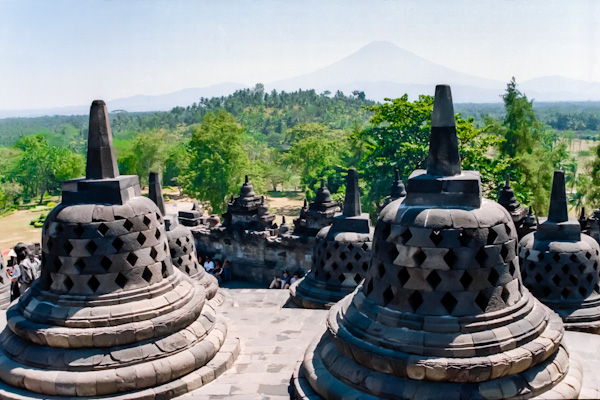 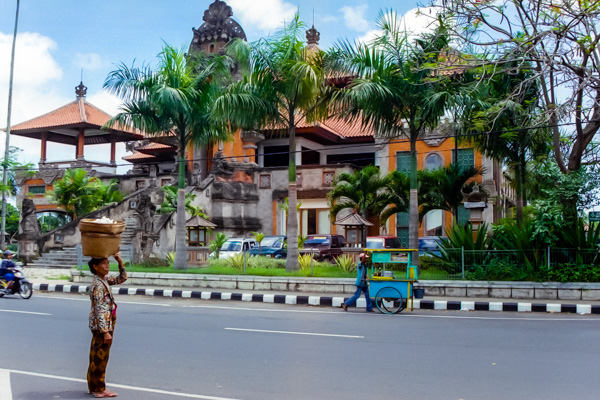 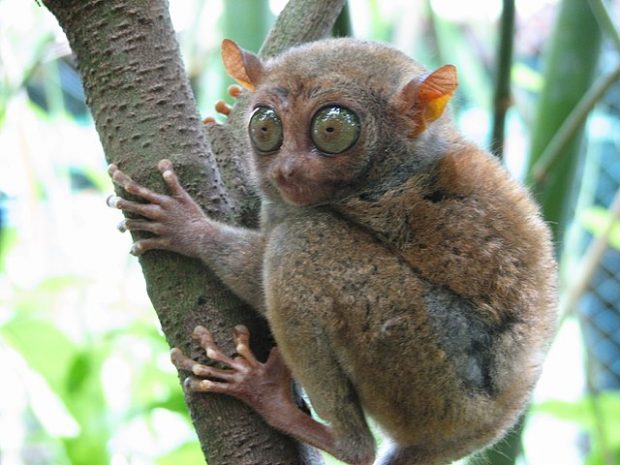